Doctor Who: "The Eleventh Hour" 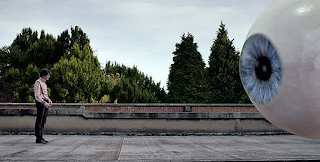 The Doctor (Matt Smith) has just regenerated. The TARDIS needs time to repair itself. His sonic screwdriver has shorted out. Now, without ship, tools or even running at full capacity, he has 20 minutes to save the planet Earth before the alien Atraxi incinerate it completely.

"The Eleventh Hour" was in a pretty difficult position when it first aired. Doctor Who returned to television in 2005 under the control of executive producer Russell T Davies, who successfully re-introduced the series to audiences and updated its format and tone to fit a 21st century audience. Under star David Tennant Doctor Who became the most popular it had been in the United Kingdom since Tom Baker was in the role. That all came to a climax with the enormously over-the-top two-part serial "The End of Time", broadcast over Christmas and New Year. Then suddenly it was all gone: Tennant left, Davies left, the most recent companion Donna Noble (Catherine Tate) was already gone. Steven Moffat took over and immediately had to find a new Doctor, a new companion, and a way of ensuring viewers didn't leave the series they had grown to like so much.

For good measure Moffat also changed the TARDIS sets, the opening titles, the narrative style and the general aesthetic of the series. A completely new Doctor Who in almost every respect.

All of that change is what makes "The Eleventh Hour" feel so fresh and energetic, even five years after the fact. It has such a sharply defined sense of purpose and tone. It cleverly holds onto much of what had made the first four seasons of the series successful, but it secretly starts making some pretty significant changes under the hood. For one thing it's remarkably cinematic. It's not simply the work of director Adam Smith - although he does make this episode feel like it has a much bigger budget than it likely did. It's structured in a much more cinematic fashion.

Structurally speaking it's pretty much the story of Amelia, later Amy, Pond: a young girl who meets an imaginary friend for one night, only for that imaginary friend to return to her one day when she's an adult. It has a striking fairy tale quality to it, that immediately makes the episode stand out from the grand continuity pornography that preceded it. That children's story aspect is echoed in the musical score by Murray Gold. While there's still a strong resemblance to his music in the first four seasons, it's jumped ahead by a significant measure of quality. He gives the new Doctor his own musical theme that's the best single piece of music he's composed up to this point.

Like all good children's stories, "The Eleventh Hour" knows how to be silly, and how to be scary. The episode's opening scenes, with a manic Doctor eating most of the food out of young Amelia's kitchen, is a perfectly constructed little play all on its own, with more than a small echo of children's literature like Judith Kerr's The Tiger Who Came to Tea. The comedy is wonderfully balanced by the mysterious crack in Amelia's room - a crack through which she can hear voices.

There is one thing that Moffat proves time and again with his Doctor Who scripts, and that is that the series is at its best when it's being creepy. Not necessarily flat-out terrifying, but under-your-skin creepy. Intelligent shadows that eat you. Statues that only move when you're not looking at them. Clockwork robots hiding under the bed. Gas mask-wearing children constantly asking "Are you my mummy?" He sneaks them in all over the place in "The Eleventh Hour". A man with an angry dog - only the dog is silent and it's the man who's barking. A door that's only there when you're not quite looking at it. A scary crack in the wall of a child's bedroom. By the end of this episode's prologue he's even tapped into what must be one of the most common childhood fears: the fear of abandonment. The Doctor pops off, ostensibly for five minutes, but he winds up vanishing from Amelia's garden for twelve years.

Matt Smith is an interesting sort of Doctor. At the time of the episode's release he felt like a remarkable breath of fresh air. He didn't mope about. He wasn't emotional tortured. He never told people he was 'so, so sorry' and stand around crying in the rain. In many respects he felt like a return to the original Doctor of the 20th century series: he lacked the sadness of Tennant, and the post-traumatic rage of Eccleston. Having come through the other side of his four-year tenure in the role, I can still see those strengths: the energy, the comic skills, the inventiveness of the performance itself. At the same time it is clearer than ever that, despite his talents, Smith was simply too young to play the Doctor. There is a particular need in an actor playing the Doctor to somehow express the idea that he is not only centuries old, but that he is the same man viewers saw when played by David Tennant, or Sylvester McCoy, or Jon Pertwee, or William Hartnell. Smith nails the through-line from Tennant - they're both comparatively young men - but he never quite manages to sell the idea that he's the same man seen through all of the previous decades. In isolation he's great. In a broader context, he's not so successful.

The second half of the episode is taken up with a frantic race to stop the Earth from being incinerated by the Atraxi - a strange species of powerful alien who seem to basically be floating giant eyeballs. It's a simple enough storyline, told in a wonderful panicky fashion. The Doctor has 20 minutes to save the Earth, and evens by-and-large progress in real time. For the first time in Doctor Who Moffat really exercises his abilities as a comedy writer, giving the Doctor and Amy a wonderful patter of dialogue as they sprint around a small English village trying to save the world. It's a script that really suits Karen Gillan, debuting here as Amy, because comedy seems to be her particular strength as an actor. She and Smith share a wonderful chemistry as well.

The episode climaxes on the roof of a local hospital, with the Doctor finally putting on his official costume - tweed and bow tie - and effectively scaring the Atraxi into running away. In many respects it's a cheat to have the Doctor win effectively by his own reputation - and it's a cheat Moffat has already used once before, in "The Forest of the Dead" back in 2008. On the other hand the scene isn't really aimed at the Atraxi. It's aimed at us: Matt Smith walking boldly through a holographic projection of all the Doctor's previous faces, announcing to the viewer that yes, it's him, rejuvenated and ready for a whole new season of adventures.

This episode is a vibrant reinvigoration of the series, timed precisely when the series needed one. It keeps what works and shakes up everything else to freshen things up for the audience. Doctor Who is in dire need of a shake-up like this again. In the long term, change is what makes it work.
Posted by Grant at 5:06 PM