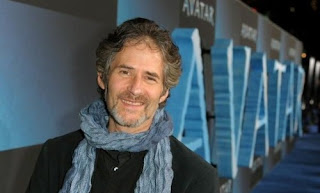 Film composer James Horner has died, aged 61, after crashing his light plane near Santa Barbara in California. He was the winner of the 1997 Academy Awards for Best Original Score and Best Original Song, both for his work on James Cameron's massively popular epic Titanic. His Titanic score is, at 27 million copies, the highest-selling orchestra soundtrack album of all time.

He received another seven Oscar nominations for his scores: Aliens, Field of Dreams, Apollo 13, Braveheart, A Beautiful Mind, The House of Sand and Fog and Avatar. He leaves behind two scores yet to be heard: Patricia Riggen's The 33 and Antoine Fuqua's Southpaw. All up he composed more than 100 feature film scores, and was one of the most influential screen composers of the past 30 years.

Like many of his contemporaries, Horner quoted from and referenced works by classical composers in his own scores, and he also developed a fairly dominant sound to his works: extensive choral and Celtic components, swelling string and horn sections, and a heavy emphasis on crashing cymbals. This style arguably reached its apex with Titanic in 1997. In many ways the success of that film damaged Horner's own creativity, as subsequent producers, directors and studios demanded similarly full, epic sounds from him.

He wasn't simply talented but fast as well. In 2004 he was a last-minute replacement for Gabriel Yared on Wolfgang Petersen's Troy. The studio rejected Yared's score and demanded something in the vein of Titanic from Horner with only a few weeks' notice. The fact that he not only completed the task, but created such stirring and emotive music at the same time, is testament to his professionalism and talent.

Of course the best way to commemorate Horner's achievements is to experience them. Here, in what I think is chronological order, are what I'd consider his 10 best scores. I'm a keen listener of film scores, and certainly these are the ones to which I have listened the most. When I heard today of his death, the very first piece of music that went through my head was the track from Titanic below ("The Deep and Timeless Sea"). Jump to 7:25, keep listening through, and remember the immense creative achievement of one of Hollywood's very best. You want to know why Titanic earned so much money? It wasn't the visual effects, or the script, or Kate and Leo; it was James Horner.


The Mask of Zorro