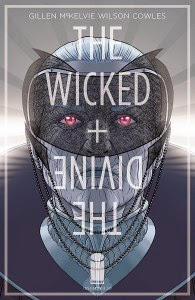 Fantasy comics have trailed behind their science fiction cousins in the last couple of years, but each month it feels as if a few more have been added to the pile. Generally speaking they seem to struggle to match the popularity of their SF and superhero-based cousins, but hopefully as more readers discover them that will change. More than a few books that deserved to be huge - like last year's Umbral from Johnston and Mitten - wound up floundering in terms of sales.

Fantasy is a pretty broad genre, and for this list I've expanded the definition to include a lot of peripheral stuff, including one horror book and another based around anthropomorphic animals. Genre definitions are fluid, and I figured in this case I'd really take advantage of that.

So without further delay, let's kick off with a look at a few runners-up: books that I certainly loved this year in the broad fantasy genre, but which didn't quite managed to break into the top three.

The Wicked + the Divine

I didn't warm to The Wicked + the Divine quite as much in 2015 as I did in 2014. The series has just wrapped up a lengthy third arc focusing on character development, and using a rotating series of guest artists while McKelvie and Wilson were off illustrating a new series of Phonogram. That replacement arc didn't quite grab me as much as the first two, and seemed to suffer poor momentum, but even running at half speed WicDiv was one of the best fantasy comics on the market.

Originally launched as Tooth & Claw before a trademark claim forced a title change, The Autumnlands has been a wonderful fantasy. Benjamin Dewey's artwork has felt more like something one would see in an illustrated novel that in the pages of a monthly comic book, and I think that has helped to give it a very unique aesthetic. Busiek's story has been intriguing throughout, drip-feeding information to the reader on an issue-by-issue basis and building up a fascinating mystery. Now midway through its second arc, The Autumnlands just seems to be getting stronger as it goes.

Andrew MacLean's fantasy epic about a sword-wielding barbarian carrying the talking severed head of a witch is only two issues in, but that's because he has deliberately published the book as over-length quarterly issues rather than 20 pages on a month schedule. It makes a huge difference: each issue to date has been a full and satisfying experience, with simple but vivid artwork and a wonderful sense of humour. There's more than a little of Lewis Trondheim in this comic, which gives it a lot of appeal. It's not easy making a comic look this simple and this satisfying, but MacLean is managing it with aplomb.

Usagi Yojimbo is a mainstay of American comic books, and to my mind about as close to an essential purchase as one can find. Sakai is a master of comic book narrative, telling perfectly constructed short stories about a rabbit masterless samurai in a version of feudal Japan where everybody is an anthropomorphic animal. Whether or not it properly qualifies as fantasy is probably doubtful, but as I mentioned earlier I'm giving the genre a broad definition. Usagi reached its 150th issue this year, which was a pretty great achievement. It's such a wonderful comic: no issue is ever less than delightful. 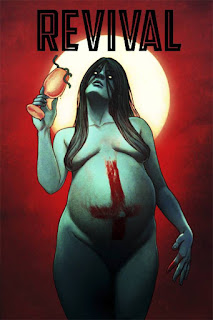 Tim Seeley and Mike Norton refer to their comic as 'rural noir', which is actually a pretty great explanation. Another would be to describe it as what it is: the best ongoing horror comic book on the market. Revival is set in a small Wisconsin town where one day the dead simply stopped being dead any more, and continue living their lives without a pause - or a pulse. In 2015 the book has taken a sudden acceleration in plot, as things get heated and characters begin moving forward with a lot more urgency. It's recently been announced that 2016 will be Revival's final year; given how things are moving into place this is not a surprise. This is a great comic with a broad range of horror, from blood and gore to suspense to just flat-out creepy. Mike Norton's Vertigo-esque artwork keeps things realistic enough to feel relatable while still abstract enough to show off some really nasty moments without being too unpleasant to read. 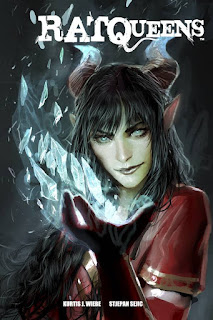 The most common description I've seen of Rat Queens is that it's "Dungeons & Dragons meets the roller derby", which does do a reasonable job of selling it but a poor job of explaining why it works as well as it does. Superficially the book is a laugh riot, with a stereotypical band of adventurers - a wizard, a cleric, a warrior and a thief - defending a medieval city from monsters and pillaging dungeons full of goblins and other monsters. They're all women, and they all boast pretty bad attitudes. What makes the book excel, however, is just how multi-dimensional and believable those monster-fighting women actually are. They have personal lives, genuine feelings and flaws. The jokes come thick and fast, as does the sex, the violence and the generally bad behaviour, but it would all be pointless if we didn't care about Hannah, Violent, Dee and Betty. 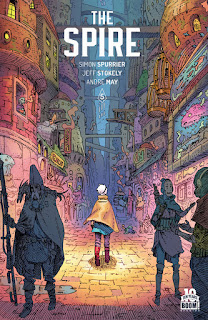 This one has grown on me more and more with every issue. It's a murder mystery in a beautifully realised fantasy citadel, with a broad range of characters and a wonderful variety of fantastical creatures and cultures all mixed up together. The comic follows Sha, a guard captain assigned to investigate a string of murders on the eve of a critical peace negotiation. She's also secretly sleeping with the Spire's princess, while avoiding the wrath of the new queen - who doesn't know of her secret relationship but already wants Sha out of the picture. The book has a beautifully contrast: the script is rather cynical and edgy in a manner that brings to mind Warren Ellis or Johnston and Greenwood's The Fuse, while Jeff Stokely's artwork is a blend of French bande dessinees and a Hayao Miyazaki picture. It is a rich, evocative combination and I simply haven't managed to get it out of my head since this series started. It is hands-down my favourite fantasy book of the year.
Posted by Grant at 11:06 PM