10 Doctor Who enemies that deserve a rematch 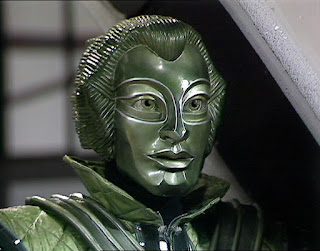 One of the advantages of a series like Doctor Who is that it has such a long, rich history of aliens, villains and rubber-suit monsters just itching for a rematch with the Doctor. Since returning in 2005 the series has brought back all manner of original series foes, some obvious (Daleks, Cybermen, the Master) and some a little more surprising (the Macra).

You would think that after nine seasons and a pile of specials that this particular well might have run dry, but I think there are plenty of monsters and baddies from the series' first 26 years that could make a real impact with contemporary viewers. Here are my picks. 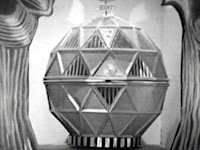 Giant spherical robots armed with flame throwers, the Mechanoids were deliberately invented as an enemy for the Daleks at the end of "The Chase". So certain was the production team of their success that they licensed the characters out for toys and featured them prominently in the Dalek comic strip. The problem was that the physical props were just too large to comfortable use on a BBC soundstage. That's obviously not so big a consideration these days. They look great, and they're a fantastic potential enemy for the Daleks too. Big Finish used them very effectively in one of their audio dramas, "The Juggernauts".

The Robots of Death


Previous appearance: "The Robots of Death"

This one's entirely about aesthetics. The Robots of "The Robots of Death" have this astonishing art deco look that makes them one of the most memorable and best-looking sets of androids in all of science fiction television. One of the key strengths of the original serial was the manner in which it implied an entire extended world just beyond the camera's reach - there's a lot of potential to show that world, and its heavy reliance on these easily manipulated robots. Doctor Who episodes still have robots in them all the time - why not use this design for some of them?

Another case where a TV script implies a much larger fictional universe just out of reach - and it's one well worth exploring. The Tharils were time-travelling lion people with a massive empire that stretched through time and space. Their slaves rebelled by creating the powerful Gundan robots. They massacred the Tharil population and destroyed the empire completely. Now the Tharils are on the run, and regularly enslaved themselves and plugged into starships to give them the ability to navigate the time/space vortex. "Warriors' Gate" ended with the Tharils teaming up with Romana to free their people and make amends. There's so much in there to unpack and explore, if an enthused writer was willing. 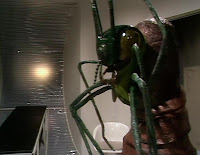 Humanoid insects that can survive in open space, who breed by infecting humans and transforming them into more Wirrn. They're a lot like the Zygons, in that they only ever appeared in one serial ("Ark in Space") but have been fondly remembered by a generation of viewers ever since. One of the best parts of the Wirrn is that you basically get three monsters for the price of one: the massive green grub, the infected human in mid-transformation, and the final insectoid form. They fit right into Doctor Who's penchant for body horror, and as we don't get a lot of insect monsters in the series they even have a niche of their own.

Seen once, but mentioned in almost every Sontaran serial, the Rutans are shape-shifting floating jellyfish engaged in an endless war for territory against the Sontarans. Now that the series has a reasonably large production budget, who doesn't want to see the Sontaran-Rutan conflict properly realised on screen? There's a lot of potential for different kinds of stories here, particularly ones that capitalise on their ability to disguise themselves as humanoid species and infiltrate their enemies' territory. A big two-part war story would go down exceptionally well I suspect. 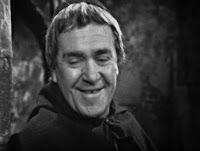 Forget about Missy: isn't it time for the Doctor's original arch-enemy to make a comeback? There's something great about the Monk. He's not there to take over a planet or destroy the universe. Instead he just likes to muck about spreading as much chaos as he can. Given the series' focus in recent years on whether or not the Doctor can change history, and if so by how much, it would fit pretty well to have the Monk dive back in and start deliberately ruining the course of time for kicks. In recent years Big Finish have done some great stuff with Graeme Garden playing the character - I'd simply grab Garden and write him into the show for an episode or two.

An intelligent, non-corporeal entity that can take over the minds of vulnerable people and use them to help engineer its return to the physical world. The Mara manifests as a snake, is irredeemably evil, and is a tremendous source for all manner of psychological horror and dream imagery. This one is kind of a risk, creatively speaking, since in its two appearances the Mara itself isn't the drawcard so much as Christopher Bailey's exceptional world-building. On the other hand the Mara remains very potent in visual terms - all that snake imagery, tattoos indicating possession, and so on - and could feature in some very strong horror-based storylines. 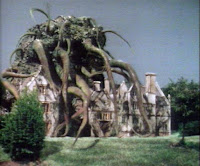 
Previous appearance: "The Seeds of Doom"

Quite similar to the Wirrn, in that (a) the Krynoid only appeared once yet has been fondly remembered every since and (b) it taps into the common Doctor Who trope of a monster infecting a human being and transforming them into a monster. Of the two I think the Krynoid is much more effective, since it can control and manipulate other plant life - it could turn a forest into a deathtrap - and it can grow to enormous sizes. This was the only Doctor Who monster to give me nightmares as a child, and I think it brings with it enormous story potential. 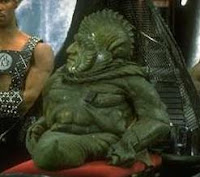 An amphibious amoral alien businessman, Sil encountered the Sixth Doctor on two occasions. He's an excellent character in that he's visually distinctive, delightfully repulsive, and utterly self-interested. He can be used as a primary antagonist, a reluctant ally or a disruptive third party. The key is Nabil Shaban's excellent performance of the character - assuming Shaban would be willing and able to return (he is his early 60s now), to me bringing Sil back is a no-brainer. There's not another character in SF television that looks remotely like him. 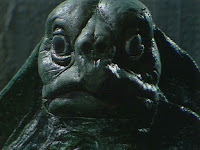 
Previous appearances: "The Sea Devils", "Warriors of the Deep"

Another common Doctor Who trope is the image of monsters slowly rising up out of the water and stepping onto dry land. It was used in "The Dalek Invasion of Earth", "Full Circle", "The Curse of Fenric" and "The Impossible Astronaut", and nowhere has it been used so iconically as in "The Sea Devils". They're the aquatic cousins of the Silurians, with faces like snapping turtles. Like the Silurians they're not simply monsters but actually three-dimensional people with conflicting opinions and an ability to be reasoned with. They bring with them an underwater setting, they enrich the Silurians by giving their species a much broader variety and culture, and they're probably the most famous monster yet to be revived for the new series. Plus that improved budget and production values might enable the production team to do a properly threatening Myrka.
Posted by Grant at 7:36 AM