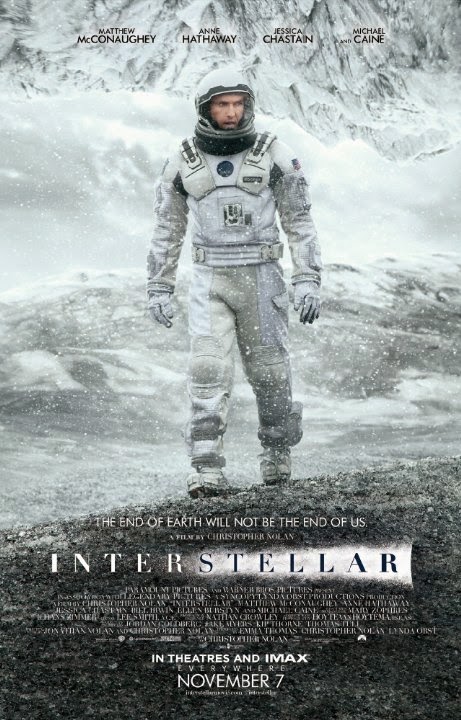 There seems to come a time in every artist's life when their success grows a little too much, and the people who would have previously warned them off excess suddenly evaporate. After all, if the artist's last work was a resounding success, and you then start telling them to cut or edit their next work, and that new work isn't as successful? Who's going to take the blame? The immensely popular artist, or the producer/editor who told them to change or streamline their next work?

Basically there's a point in a successful artist's career when the people who should be giving them reality checks stop speaking out, and you suddenly find yourself swimming in two-inch thick J.K. Rowling novels, or ponderous electronica excursions by Radiohead, or Lord of the Rings movies were the credits start rolling 45 minutes after the plot ended.

I worry that Christopher Nolan's hit that point now. I am an enormous fan of his work. I think some of his films - Memento, The Prestige, Inception and The Dark Knight - are full-blown masterpieces. Then there was The Dark Knight Rises, which was unusually portentous and flabby, which ended his Batman trilogy less with a bang and more with a shuddering miasma of disinterest. Now we've got Interstellar, which appears to be a pretty even mixture of good elements and bad, strung together into a film that outstays its welcome by a solid 30 minutes. I think Nolan has crossed the bridge that all successful Hollywood directors seem to cross, where running times become secondary to squeezing in just one more scene, and tight narrative structures are just things that happen to other movies.

This seems all rather downbeat and critical, so it's worth nothing that there are plenty of strong and entertaining elements to Interstellar.  It's a rare Hollywood attempt to tackle 'big picture' science fiction, with intelligent astronauts heading out into space to witness extraordinary phenomena. That said, the film does tread a little too close to its predecessors; there were numerous occasions when I found scenes reminding me of Stanley Kubrick's 2001: A Space Odyssey, and even more often of Robert Zemeckis' enormously underrated Contact (which also starred Matthew McConaughey). Nolan is usually a more original and inventive director than this, and- damn it, this is my problem. Basically every positive thing I could say about Interstellar comes with a caveat.

I could write about the wonderful bond between father and daughter that grounds the movie, and acts as its emotional core - except it comes at the expense of a father and son relationship that gets increasingly sidelined and ignored as the film goes on, until the climax shoe-horns the previously likeable and easygoing son into an ignorant and violent antagonist.

I could write about an outstanding ocean planet that the characters visit that suffers from high gravity, so it has a one foot-high sea with a three-mile high swell, except I'm not entirely sure the scene was worth the half-hour or so of movie it took to set up, explain and justify its existence.

I could write about how screenwriter Jonathan Nolan wrote a strong, intelligent co-lead in Anne Hathaway's Dr Amelia Brand, but that would involve ignoring that of the four astronauts in the film (the others are all male) it's only Brand who's saddled with the weird, tearful scene where she suggests that love transcends five dimensions, and that's why they should risk the lives of every human being on Earth to rescue her boyfriend. It's easy to pin this kind of weird hippie-esque thread of love conquering time and space on Steven Spielberg, for whom this script was originally developed, but to be honest I can't imagine Spielberg going this far into sentimentality. It actually feels a lot more like Spielberg and Kubrick's A.I., which was another film with great elements and scenes but which got dragged down into the gap between a cold, visual director and a warm, sentimental one.

Sure there are stand-out moments. There's a tense emergency docking sequence that's as perfectly constructed as any scene of its type. There are some gorgeous visual depictions of a wormhole and a super-massive black hole that act as eye candy for science nerds. There's a brilliant central performance by Matthew McConaughey, and similarly strong work by Jessica Chastain, Michael Caine and Anne Hathaway. It's beautifully shot by Hoyte van Hoytema. There's enough good here to demonstrate that the film could work, but there's also enough that's bad, or dull, or needlessly filled with gravitas to drag it all down. It's a film that certainly enthralled me in fits and starts, but also found the time to annoy, to disappoint and - most disastrously - to bore.

Plus it's too long. Oh boy it's too long, and when its climax heads firmly into Space Odyssey mind-expanding eye-candy territory, and is followed by an entirely long and unnecessary denouement, I walk out of the cinema vaguely irritated instead of inspired. Interstellar is a confused, colossal mess.
Posted by Grant at 2:18 PM