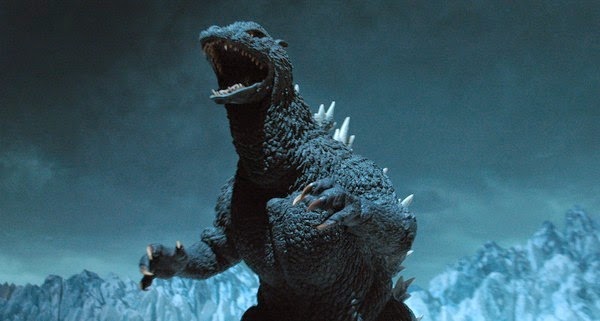 Godzilla, the king of giant monsters, turns 60 years old today. It was on 3 November 1954 that Godzilla was released across Japan in all Toho cinemas. It was released, with some additional footage, in the USA two years later, and has since spawned numerous Japanese sequels and two American remakes.

The original Godzilla (or Gojira, to use its actual name) was inspired by the atomic bombings of Hiroshima and Nagasaki in 1945 as well as the accidental irradiation of the Daigo Fukuryu Maru fishing boat during a US nuclear weapons test on Bikini Atoll on 1 March 1954. The horror of the atomic bomb understandably carried much weight in Japanese culture, and writer/director Ishiro Honda personified that horror in the shape of a giant mutated lizard.

Honda was born in Asahi in 1911. He was the youngest of five children; his father was a Buddhist priest. When his family moved to Tokyo the young Honda was immediately taken with motion pictures, so much so that when he enrolled in Nihon University in 1931 he was one of the first students in Japan’s earliest film studies program. He was contracted to work at Photo Chemical Laboratory (later Toho Studios) before he had even graduated. His nascent filmmaking career was suspended in 1935 when he was enlisted into the army infantry. In early 1945 he was captured by the enemy in Wuhan, China, and served out the final six months of World War II as a prisoner-of-war.


Upon his return to Japan Honda worked as a director’s assistant to Akira Kurosawa, including working as chief assistant director on Stray Dog (1949). In 1951 he graduated to directing films himself, helming Toho’s semi-documentary The Blue Pearl. It was his seventh film, Godzilla (1954), which became his first bona-fide hit and established his reputation at the studio for directing expensive visual effects-driven blockbusters.

Godzilla was a film born out of immediate necessity: Toho Pictures had a film collapse in pre-production, leaving a hole in their release schedule, and so Honda was enlisted to fill the gap with whatever film he could make quickly and inexpensively. As 1953’s The Beast from 20,000 Fathoms had been a hit, and reading news coverage of the Daigo Fukuryu Maru incident, he oversaw the development of a script about a giant monster terrorising Tokyo. The monster went through several rapid iterations (including a giant octopus) before settling on a Tyrannosaurus Rex-style lizard.

While Honda was initially keen to film the monster using stop-motion animation, limited resources and a tight production schedule saw him create the creature using a man in a rubber suit and a cheaply-made scale model of Tokyo’s streets. The technique worked well – so well, in fact, that the ‘rubber-suit monster’ became a standard technique of Japanese filmmakers right through to the end of the 20th century. The 2014 American reboot is, in fact, the first Godzilla movie not to use a stunt artist in a rubber suit – even the 1998 remake directed by Roland Emmerich used a stunt artist for some key shots.

Godzilla was slated by critics upon release, who saw it as a cheap and tacky monster movie. Audiences, however, were entranced by its inventive visual effects and thrilling scenes of mass destruction. It was very likely a cathartic experience: much like many Hollywood films post-9/11 allowed American audiences to exorcise the trauma of the World Trade Centre attacks, so Godzilla allowed Japanese audiences to re-live the horrors of Hiroshima and Nagasaki in a safe, simulated fashion. Almost ten million people watched Godzilla in the cinema, making it the eighth highest-grossing film in Japan in 1954.

The public hunger for more effects-driven monster movies led to an entire genre of Japanese film, 'tokusatsu', which involved people in suits fighting one another and extensive miniature model work. Not only did the Godzilla films continue, they got increased competition from other studios: Gamera, Daimajin, Ultraman and so on. Combining giant monsters with colour-coded superhero teams led to the development of the likes of Science Ninja Team Gatchaman (aka Battle of the Planets), Kamen Rider and Super Sentai (aka Mighty Morphin Power Rangers). Swapping from giant monsters to giant robots sparked a whole array of popular anime series - Macross, Mobile Suit Gundam, Neon Genesis Evangelion and Patlabor, to name four. It may seem like a bit of a stretch, but I honestly think you can trace about three-quarters of Japanese popular culture back to Ishiro Honda and Godzilla.

So happy anniversary to Toho Studios and happy birthday to Godzilla, the ultimate giant monster: long may he reign.
Posted by Grant at 5:09 PM