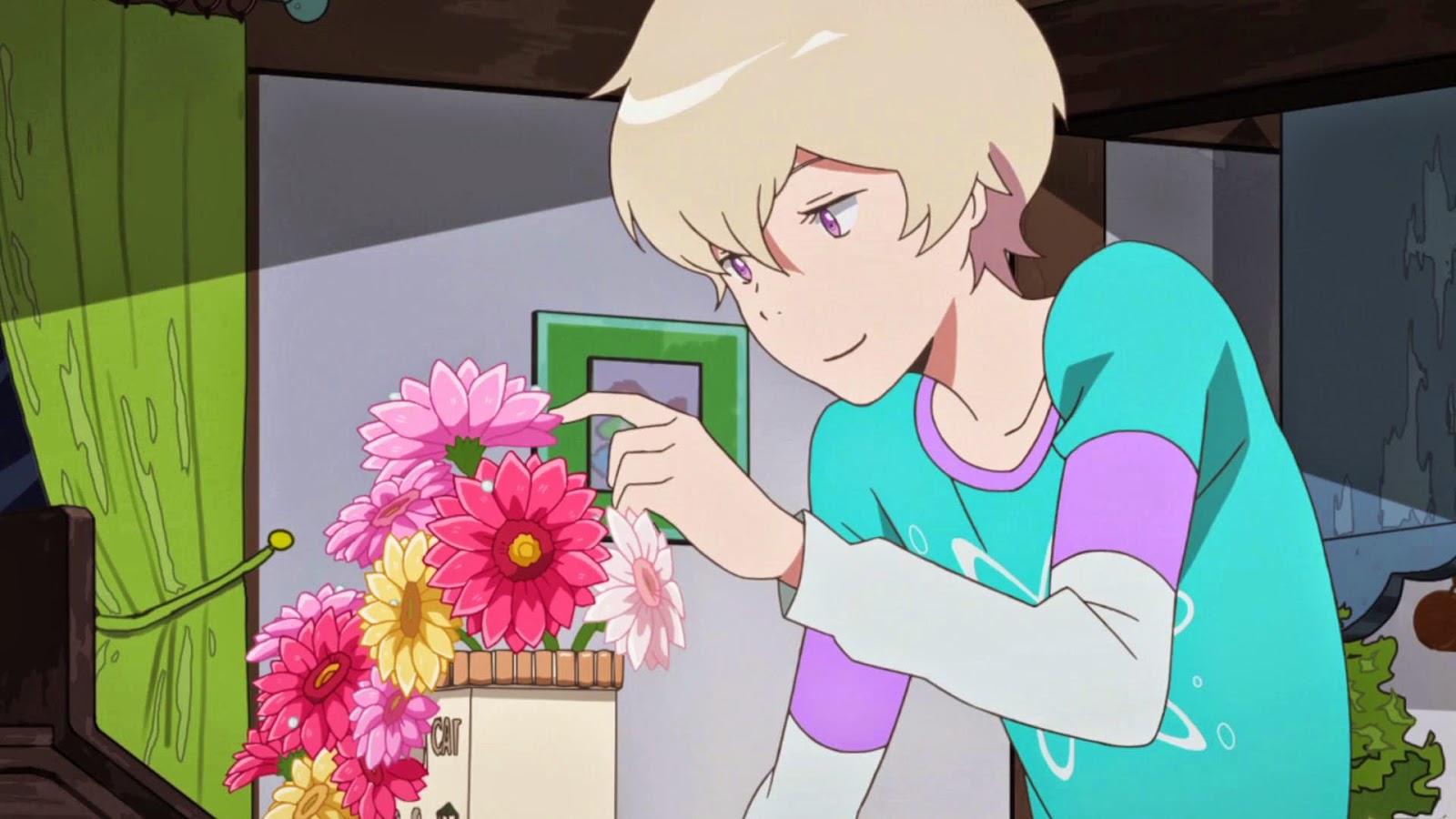 So while I've quite enjoyed Tsuritama for the first three episodes, one thing that keeps jarring me is Haru. He's a blonde, purple-eyed, highly excitable alien with a mind-controlling water pistol. That in itself would be fine, except in the English language dub at least he has the most high-pitched, shrieking voice. It jars badly and makes him a very difficult character to like.

That in mind, it's pretty awesome that the fourth episode, "Angry Casting", devotes quite a bit of its running time to how Yuki finds Haru to be as irritating as I do, and then on giving Yuki a chance to warm to Haru over time. As Yuki begins to warm to him and accept his irritating quirks, I found myself doing the same thing. He's still irritating as all hell, but by addressing this head-on the series has allowed itself - and me - to accept him and move on.

It's also great, after four episodes of a TV series about fishing, to see Yuki actually catch a fish at last. They've held the moment back so that when it actually happens it does feel like a major achievement. The fishing scenes also help to humanise Natsuki, who's been a fairly serious, straight-faced character so far. It's nice to see him warm up a bit. This is pretty much the vibe of the episode in general: warming up, taking the characters already introduced and allowing them to relax and properly become friends.

There continues to be some great comedy here. Basically as long as they don't explain the turban-wearing secret agent kid who takes his orders from a duck, I'll continue laughing like a drain.

Even the music has become a little more toned down and tolerable. I'm calling this episode a win, bringing the quality ratio back up to 75%.
Posted by Grant at 7:39 AM