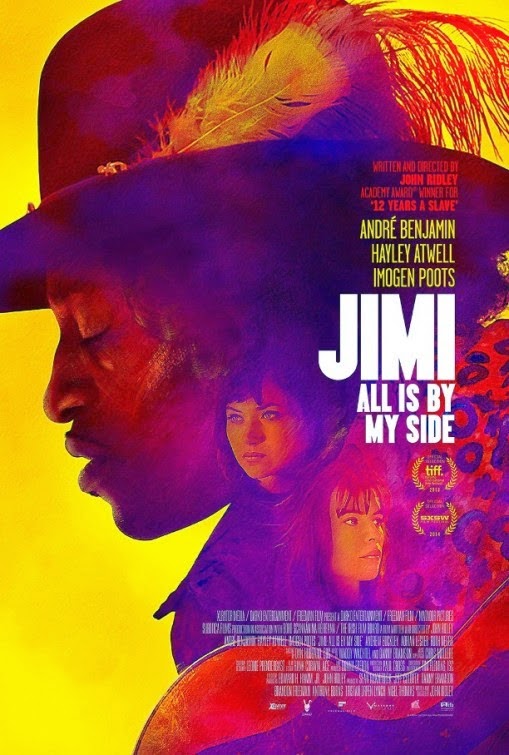 Musical biopics are always a risky proposition: while audiences might love a particular band or artist's works, said bands and artists might not actually have personal stories worth telling in a motion picture. If they do, there's always the question of what to put into the narrative and what to leave out, who to cast as the artists themselves, what approach to take, how much of their music to put in and how that music is incorporated in general. There's also the issue of fidelity. How far do you extend dramatic license when purporting to tell a true story? Can you rearrange events? Amalgamate characters?

When this sort of film is done right, you get something like James Mangold's Walk the Line, which beautifully presented the life story of Johnny Cash. You get something like Iain Softley's Backbeat, which explored the choice made by Stuart Sutcliffe over whether to be a fine artist or a Beatle. You get Taylor Hackford's Ray, which was centred on a beautiful performance by Jamie Foxx as Ray Charles.

When this sort of film is done wrong, you get something a a bit like John Ridley's Jimi: All is by my Side.

I say "a bit like", because the film is not a complete failure. Front and centre is some very solid acting by Andre Benjamin of Outkast, playing Jimi Hendrix in the short period he lived in London before becoming an international sensation. He has the mannerisms and the speech patterns down and is wonderfully convincing, despite being more than a decade older than Hendrix himself was at the time. Also great are Hayley Attwell as Hendrix's English girlfriend Kathy Etchingham and Imogen Poots as Linda Keith, the English model (and, as the film repeatedly reminds us, Keith Richard's girlfriend) who first discovers Hendrix in a New York club.

The film is inescapably compromised, however, by three things. The first is its budget: you can see it stretching at the seams. The clothing and hair throughout don't look like clothing and hair; they look like 1960s theme party costumes and unconvincing wigs. There are ways to overcome low budgets, but it's clear that for whatever reason this film failed to find one. It throws you out, particularly when some of the supporting performances aren't nearly as accomplished as the leads.

The second is the music. The Hendrix estate refused permission for this film to use any of Hendrix's original songs and recordings. The result is a film that purports to be about Hendrix, but every time he picks up a guitar he plays a cover of someone else's song. The film's climax, in which he and his band play the Beatles' "Sgt Pepper's Lonely Hearts Club Band", becomes weirdly disappointing as a result. I do personally find the music issue to be a deal breaker: if the subject of your film is a musician but you can't play any of their music, there has to be a point where you question whether or not you should make the film at all. A Hendrix film without Hendrix's music is kind of like making a version of The Dambusters where nobody busts a dam. It's odd, and rather pointless.

The third problem, and this really is the big one, is the script. It's rather odd. It jumps around quite a bit. I found several times that the dialogue was so weirdly disjointed that I didn't understand what some of the characters were talking about. Many things happen to Hendrix over the course of the film, but with one exception we don't really see any of them having an effect. The one exception is rather unpleasant, and involves one woman manipulating Hendrix's emotions to the point where he brutally beats his girlfriend - something the real life Linda Etchingham has strenuously denied ever happened. There's something deeply wrong about that. This is a film that accuses an actual person, albeit one long-dead, of domestic violence. It leaves a really unpleasant taste in the mouth.

I think there probably is a story to be found about Jimi Hendrix and, with a budget capable of a proper period setting, a license to use the real songs, and a screenplay that has a clear through-line without accusing its subject of criminal violence, it really could be quite special. All is by my Side is not that movie.
Posted by Grant at 9:51 PM