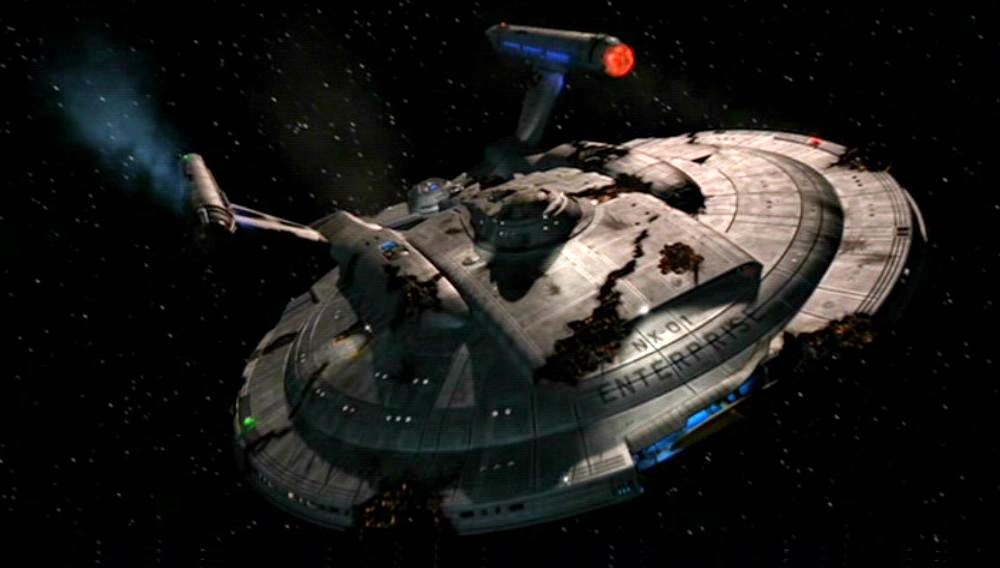 The Enterprise is all-but crippled after its devastating encounter with the Xindi. While Captain Archer may have forged the beginnings of a peace deal with members of the Xindi Council, the Enterprise needs to get to a secret rendezvous as soon as possible. The warp drive is beyond repair, however, unless Archer can convince a passing starship captain to trade one. The problem is that the alien captain isn't willing to trade.

"Damages" is an episode that would have had Gene Roddenberry rolling in his grave. I say that in a good way: it pushes the overall ethical framework of the franchise to breaking point, and then sails right through the wreckage at warp speed. If Archer is going to save the Earth, he's going to have to undertake a violent raid on an innocent third party, steal their warp core and leave them stranded at impulse speed in the middle of deep space. It's the sort of challenge other Star Trek captains never faced, because they were never written into an ethical corner like this.

The general laws of Trek dictate that another solution will present itself, and that Archer will be saved from compromising his ideals in such a violent fashion. That solution never arrives, and by the episode's climax he and his MACO soldiers are storming the engineering deck of an innocent spaceship, shooting guns and committing piracy. It will be interesting to see how the series progresses from here, since other occasions when the series star has been led to make unethical decisions have been either swept under the carpet (as in Deep Space Nine's "In the Pale Moonlight") or ignored at the time (Voyager's "Tuvix" and "Equinox"). Enterprise, for all its faults, seems much more likely to accept the consequences of its story decisions.

T'Pol's emotional breakdown progresses, and it is revealed she has been injecting herself with trellium-D, the same peculiar mineral that has been protecting the Enterprise from the Expanse's weird spacial anomalies. Jolene Blalock has been playing this addiction and runaway emotion incredibly well, and as with Archer's actions in this episode I'm keen to see where the writers take things next.

"Damages" is a surprisingly bleak episode that presents something really quite confronting and new for a Star Trek episode. After so many decades that's actually quite an impressive feat. This is the 10th good episode out of 19, giving Season 3 a quality ratio of 53%.
Posted by Grant at 9:14 AM