Probably not the end of Studio Ghibli 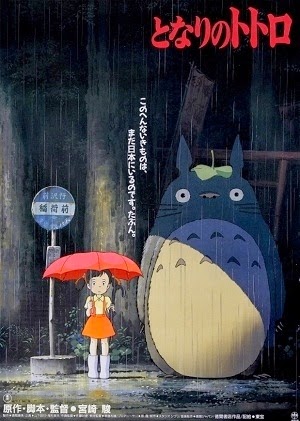 Signals have come out today, widely repeated by the international entertainment press, that Japanese animation company Studio Ghibli is to close its doors as a production house. It's recently released children's fantasy When Marnie Was There would act as the studio's final feature film. Subsequent reporting has already indicated that this is a false alarm: Ghibli might shut down production on future films. They're openly not certain where or how to proceed now that their founders are retiring.

Should a closure happen, it would be a sad day for animation, since over the past 29 years Ghibli has produced some of the world's most enchanting and accomplished animated features. The idea that a company with such a beautiful legacy of filmmaking would close up shop seems incomprehensible. On the other hand, its founder and chief director Hayao Miyazaki has announced his retirement at 73, as has Studio president Toshio Suzuki. The company has also consistently refused to outsource any of its animation process to smaller firms or to move offshore. This has created spiralling production costs that often are not being matched by box office. Miyazaki's own The Wind Rises earned US$134m from a budget of about US$30m. Isao Takahata's The Tale of Princess Kaguya, on the other hand, only earned US$23.5m from a budget of roughly US$49m. It's too early to judge the performance of this year's Ghibli feature, When Marmie Was There, but opening numbers were anemic to say the least.

Producing original animated features, as Studio Ghibli does, is a supremely difficult proposition. 16 anime features were released in cinemas in Japan last year (2013). Of those, 11 were sequels or adaptations of popular TV/gaming franchises, including Captain Harlock, Steins Gate, Doraemon, Detective Conan and Hunter X Hunter. The remaining five films were wholly original animated films, and two of those - The Wind Rises and The Tale of Princess Kaguya - were produced by Studio Ghibli. (The other three, for the record, were the portmanteau Short Peace, Yasihiro Yoshiura's Patema Inverted and Takayuki Hirao's Majokko shimai no Yoyo to Nene.) Animation is expensive, and it's much easier to guarantee a return if you know there's a built-in fanbase for your product. A Pokemon or Doraemon movie, then, is going to be a much safer bet for a studio than something new and untested. Ghibli could have bolstered its bottom line with sequels, but for creative reasons Miyazaki and Suzuki never went down that road.

There is another problem that Ghibli faces, and that's the generational change. Put simply, Miyazaki has never played well with other directors. Previous attempts to step back and allow fresh directors to contribute to the company have regularly ended in bitter recriminations, walkouts and Miyazaki taking over control of other people's films. It happened with Howl's Moving Castle (2004), originally directed by Mamoru Hosoda until disagreements with Miyazaki saw the former walking off the project and the latter taking over. It happened a decade earlier when Mamoru Oshii (Ghost in the Shell) found working with Miyazaki untenable and quit his own, ultimately cancelled, feature. With so many of the company's founding members retiring in recent months, there simply isn't a well-established second generation of filmmakers on which the company may rely. Sure there's Miyazaki's own son Goro (Tales of Earthsea, From Up on Poppy Hill), but Miyazaki never seemed that supportive of his son's career to begin with.

All things do come to an end, and Studio Ghibli is enduring a very difficult time for Japanese animation. It would leave behind a phenomenal back catalogue of films, though. On one level at least Ghibli is probably never going to end.

This was the 900th post on The Angriest. Thanks for reading.
Posted by Grant at 6:05 PM