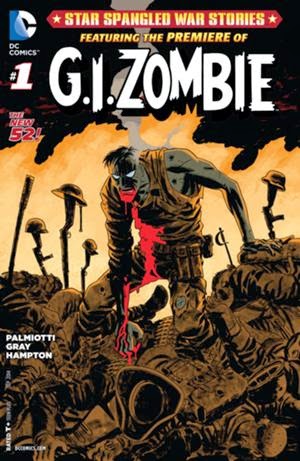 July saw DC Comics debut a couple of new monthlies. The one that leaps out immediately is Star-Spangled War Stories by Palmiotti and Gray, which with just 18,762 copies sold makes it the lowest-selling debut of a DC ongoing since the New 52 started. The question now is whether DC will kill it in the usual eight issues, or if they'll cut their losses and end it at four. To be honest, with sales that disastrous I'd expect the latter.

Much more successful was the relaunch of Nightwing as Grayson #1, which managed to ship 81,433 units - almost doubling the sales of the last issue of Nightwing and reaching #8 on the Diamond charts. Nightwing #1 only reached 63,000 units in September 2011, so this is a really impressive achievement.