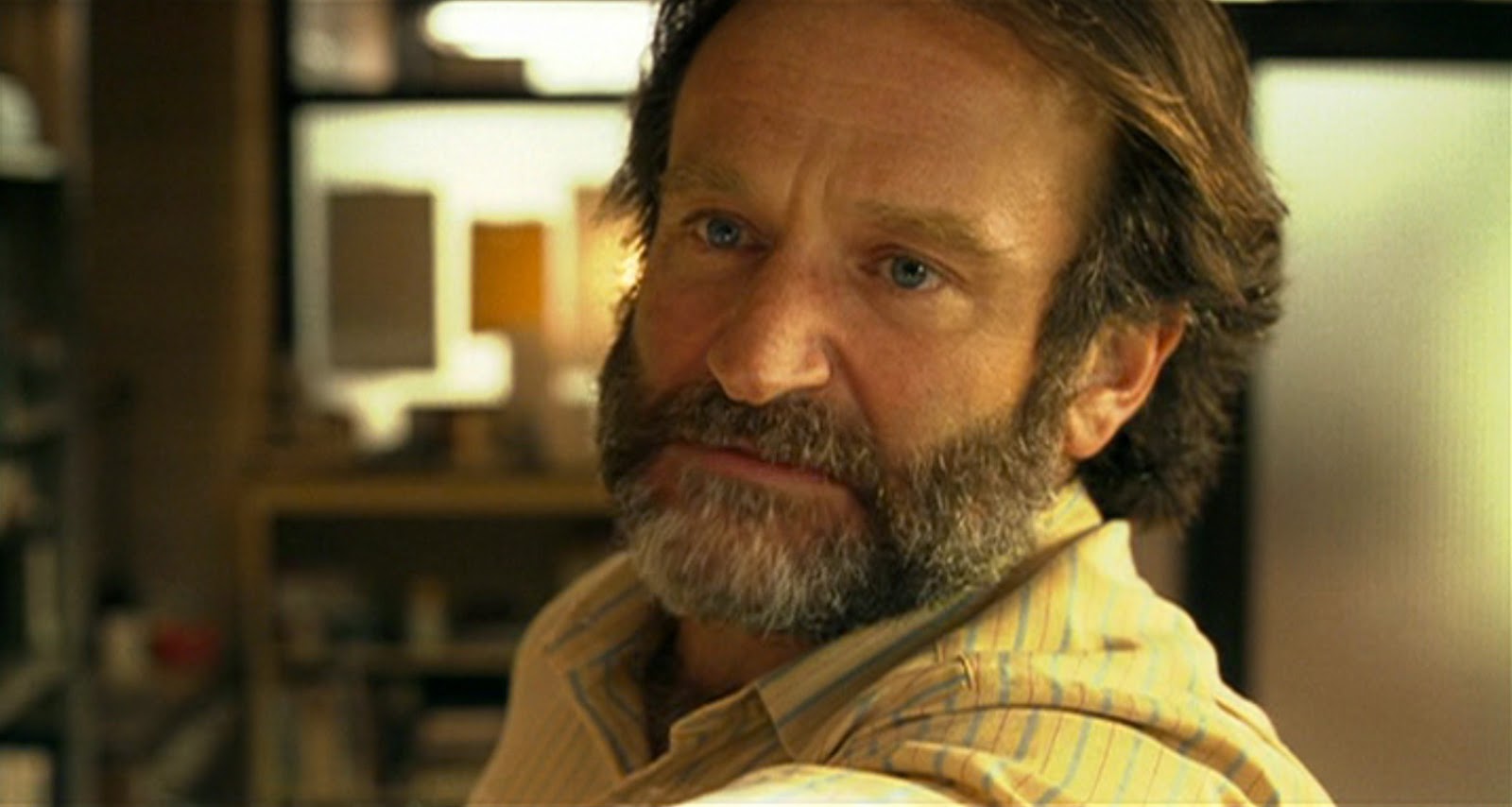 I started my day with the news that American actor and comedian Robin Williams had been found dead in his home, apparently the result of suicide. He had openly faced clinical depression and drug addiction for pretty much his entire adult life. I had always had the best of respect for how he discussed his disease so openly and with such candour. It seems today that he lost that fight, which is a tragedy, but it was a fight he engaged with successfully for decades. I can't help but think that his very public life helped countless others who suffered depression or addiction around the world.

I will miss his presence on screen greatly. As it was with the death of Rik Mayall earlier this year, this one cuts deeply: Obviously I never met Robin Williams. I don't know what he was like in person, but he was a constant presence on TV and cinema screens for my entire life.

What I wanted to highlight here, in his honour, were his more dramatic works. Williams may have started as a comedian, and made it big starring in a sitcom, but I honestly believe he was one of the strongest and most fascinating dramatic actors Hollywood ever had. Here are my five favourite performances.

Dead Poets Society (1989)
I only rewatched and reviewed this a few weeks ago. Williams gives a remarkable performance here. What a lot of people remember about his character here, English teacher John Keating, is his stirring speeches and inspirational teaching methods. What I remember are the short series of scenes he shares with one of his colleagues, and particularly a late scene of him alone in a classroom one night trying to process a piece of extremely tragic news. It's such a beautifully rounded and fleshed out character, and despite some earlier dramatic performances I think this was the first thing Williams did that made me sit up and take notice.

The Fisher King (1991)
A phenomenal blend of the frantic, manic comedy for which Williams was best known and a darker, more tragic sort of character. He plays so well off Jeff Bridges in this film as well. It's been far too long since I last saw this film.

Good Will Hunting (1997)
For me, this is Williams' masterpiece. He's only in a supporting role, since this is overwhelmingly Matt Damon's film as Will Hunting, but he plays a character that's so wounded by his own personal tragedy. There's a mournful look in every glance, and a downward cast to each of his lines and movements across the screen. He's quite unlike any other Robin Williams character I've seen, and so naturalistic. The climax of the film, dominated by Williams' quiet 'it's not your fault', is entirely about Damon. While Damon gives a phenomenal performance, it only gets to the heights that it does because Williams is backing him up so effectively. This was the film that cemented the fact that he wasn't just a movie star: Williams was a genuine actor.

What Dreams May Come (1998)
A lot of people really hated this film, which is an enormous visual effects heavy epic about a man's journey through the afterlife after death. I have always had time for it. It's visually inventive and Williams is backed by an exceptional supporting cast (particularly Max Von Sydow). There's such extremity of emotion here: overwhelming happiness, humour, fear and absolute jet-black despair. Williams can play them all. The film's climax is one of the most romantic, soulful things I've watched. It's not a faultless film, but it's a genuinely interesting one.

Insomnia (2002)
To be honest it was either this or One Hour Photo. Both films allow Williams to play a villian: not just a bad guy, but a genuinely disturbed and quite frightening sociopath. Both films seemed rather shocking at the time, because despite earlier dramatic performances he'd always been presented as a nice person. To see him portraying a serial killer in one film and a stalker in the other was completely left of field and rather frightening.

I've selected dramas here, which isn't to say I didn't appreciate his comedy. He was an unparalleled comedian, and delivering brilliant performances in all manner of fantastic films. I have a particularly soft spot for Toys that continues to this day. My point is that he was such an overwhelming talent. Comedy? Drama? Funny? Sad? Scary? Touching? It didn't matter: Williams was the real deal, and he's going to leave a hole in Hollywood for years to come.
Posted by Grant at 1:05 PM