Doctor Who: "The Rescue" 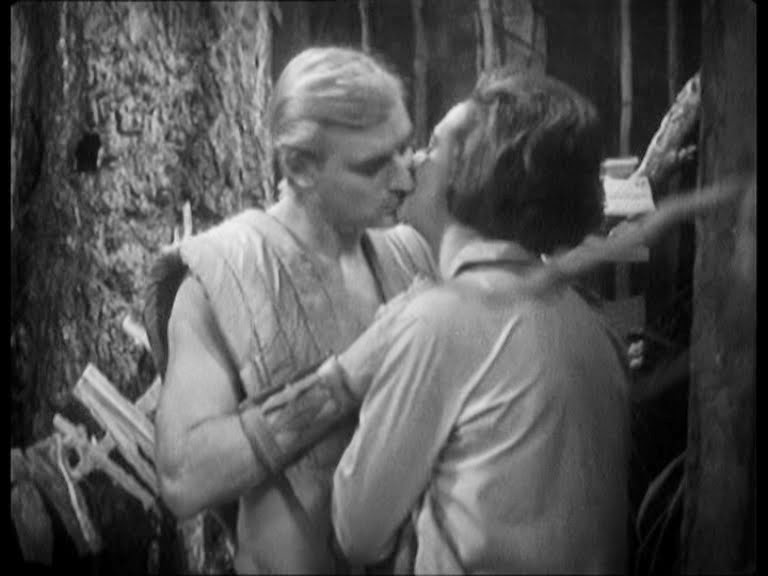 With the Doctor and Susan still captive, the Daleks prepare to launch their neutron bomb and destroy the Thals once and for all. Meanwhile Ian, Barbara and a small group of Thals work their way through the caverns in a desperate attempt to reach the Dalek city in time.

Just to clarify I'm talking here about "The Rescue", the seventh and final part of Terry Nation's original Dalek serial, and not "The Rescue", a two-part serial aired in Doctor Who's second season about a year later. Using correct terminology in early Doctor Who episodes can be tricky, since internal documentation at the BBC referred to this Dalek serial as "The Mutants", which is of course the name of a six-part Doctor Who serial made a decade later that starred Jon Pertwee. So just to confirm: we're talking Daleks, and not Koquillion or Solonians.

To be honest there's very little you can do wrong with this kind of an episode. It's the last part of an adventure serial, so the difficult is never in ending it but in keeping the story interesting on the way there. Now that they are there, there's little else to do but defeat the Daleks, save the Doctor and Susan and move on to the next adventure.

One thing that struck me in the episode were a few moments of quite adult drama in what is ostensibly meant to be a childrens' show that parents won't mind watching. Early on a Thal dangling over a chasm cuts his rope and commits suicide rather than drag Ian down with him. At the episode's end Barbara has quite a touching romantic moment with Antodus before departing in the TARDIS. Most striking of all for the modern viewer coming back to this episode is the Doctor's attitude in the climax. A Dalek, starved of electricity and rapidly dying begs the Doctor for help. 'Even if I wanted to,' the Doctor replies, 'I wouldn't know how.'

'Even if I wanted to.' It's a phrase that sticks in my head, because of how casually blunt and murderous it is. I'm not suggesting the Doctor doesn't ever kill. His adventures are littered with - without exaggeration - billions of deaths. He regularly kills his enemies. It's just that he's usually not this blunt or cold about it. Remember that this is the first Dalek story. He's never met the Daleks before. They don't carry with them the baggage they will pick up in succeeding seasons and serials. The Doctor we know from future seasons, when presented with a defeated enemy begging for life, would have tried to find a way to save it, and maybe negotiate a peace. He'd likely have failed (see 1984's "Warriors of the Deep" for a good example), but he'd definitely have tried. This early version of the Doctor doesn't try to help. He just stands there and effectively tells the Dalek to shut up and die. He won't even make eye contact with it.

This is one of the reasons I enjoy rewatching these old SF series with a deliberately fresh eye. No series emerges fully-formed. They have to evolve and find their footing. Sometimes it takes an episode or two. Sometimes a whole season. In a few unfortunate cases a series might never find a satisfactory format. "The Daleks" might be Doctor Who, but it still isn't really a Doctor Who that we can recognise.

Of course when this episode was produced there was no expectation that the Daleks would return, and so their defeat has a definitive edge of finality about it. When they do return, in Season 2's "The Dalek Invasion of Earth", little effort is wasted in explaining the inconsistency. That's probably quite wise.

Nine good episodes out of 11, or 82%, is a pretty stunning quality ratio. Obviously by today's standards these episodes are quite slow, and visually rather primitive. In the context of early 1960s British drama, however, they're tremendously inventive and sensationally produced. No wonder the series became such a phenomenon.

At the end of this episode the TARDIS violently shakes, knocking its passengers to the ground. next up: "The Edge of Destruction".
Posted by Grant at 12:36 PM