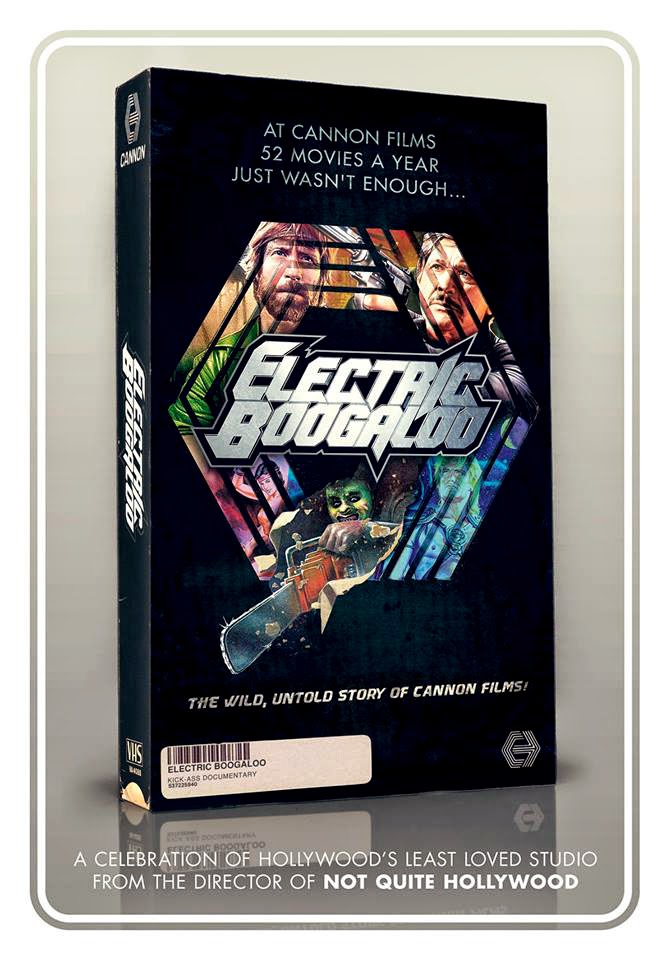 Cannon Films were a mainstay of Hollywood in the 1980s, producing a seemingly endless string of low-grade, comparatively shoddy sequels and D-movies. The story of the company, its films and the two producers - Menaheim Golan and Yoram Globus - at its core now form the basis of a new Australian documentary, Electric Boogaloo: The Wild, Untold Story of Cannon Films. Its director Mark Hartley has already established a strong reputation for filmmaking documentaries, including Not Quite Hollywood (about Australian exploitation cinema) and Machete Maidens Unleashed (about Filipino exploitation cinema).

I had always intended on checking Hartley's documentaries out, so when MIFF announced the world premiere of Electric Boogaloo I jumped at the chance to do so. It certainly doesn't lack for interview subjects, with Hartley and his crew speaking to a wide range of actors, writers and directors including Boaz Davidson, Alex Winter, Richard Chamberlain, Tobe Hooper, Sybil Danning and many, many others.

This is a 'talking heads' documentary: we see the various Cannon Film Group veterans talking about Golan and Globus, or specific films, and we see plenty of archive footage of the two producers (neither agreed to be interviewed for the film). We also see huge amounts of footage from Cannon productions, some famous (Breakin', Death Wish sequels, Masters of the Universe, Over the Top) and many less famous.

It all tells a fairly interesting story: two filmmakers coming from Israel to Hollywood, their particular production methods, the questionable quality of the product, and their eventual over-extension and collapse in the late 1980s. It is, however, rather bloated, and a little talking heads and film excerpts can go a long, long way. I think its running time tonight was about 107 minutes - Hartley could easily shave at least 10 minutes from that and tighten up the film. As it stands there are an awful lot of redundant and repetitive clips in here, and they lead to the documentary ultimately outstaying its welcome. This is particularly the case when it comes to the company's reliance on sex scenes and naked women, a point that gets made and then driven to tedious extremes - including featuring an actress talking about how uncomfortable all her nude scenes made her, which then cuts to the precise nudity she's complaining about.

There are also a few structural issues that threw me momentarily - films aren't necessarily discussed in a direct chronological order, and that occasionally makes it a fuzzy viewing experience. Still, this documentary is clearly a labour of love, and I do think the good outweighs the bad. It even covers my most guiltiest of pleasures, Gary Goddard's Masters of the Universe, with interviews with both Goddard and star Dolph Lundgren. That alone made me pretty happy.

Electric Boogaloo isn't perfect, and it occasionally veers into territory that makes it feel almost as exploitative as the company it's describing. If you watched a lot of cheap and nasty American films on home video in the 1980s, this is a pretty entertaining nostalgia-fest. There are already a few movies highlighted here that I now want to track down and watch.
Posted by Grant at 11:46 PM