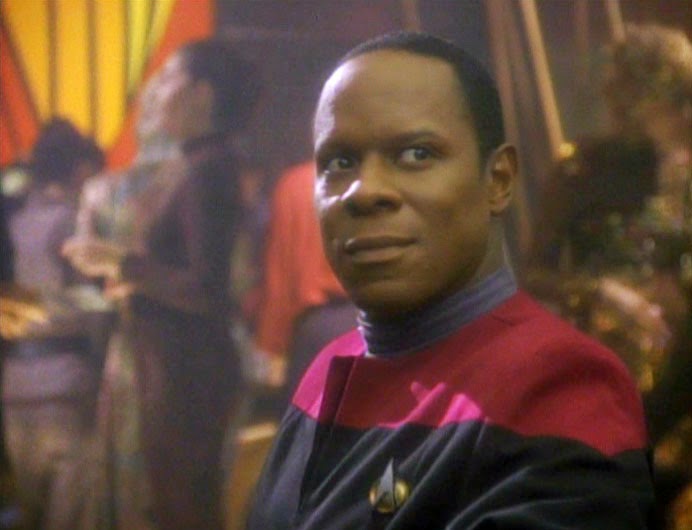 When I look back on Deep Space Nine's first season, I see a remarkable achievement. Some will point to The Next Generation as the most difficult of the Star Trek spin-offs to produce, since it followed from the original series. I've never quite bought that argument, because The Next Generation started life as a mildly adjusted copy. It took half of its cues from a long-developed earlier attempt at a sequel series, the abortive Star Trek: Phase II, and the other half from a by-then well-oiled production line of Star Trek motion pictures. It also got a boost from pent-up public demand. Everybody wanted a new Star Trek TV series. They had been clamouring for it since the early 1970s.

Not so with Deep Space Nine. This series was created by studio mandate to expand the earning power of the franchise. If audiences would watch one TV show, why not two? This already put an enormous challenge before DS9. Audiences that were desperate for a new Star Trek already had one. Did they want or need a second series while The Next Generation was on the air? Creators Rick Berman and Michael Piller wisely realised that a third series in a row set on a starship would probably stretch the audience's patience, but of course setting their series on a space station instead simply made it a riskier proposition. The whole raison d'etre of Star Trek to this point was exploration - could you stretch the format enough to make a stationary setting work?

Of course you can, and they did, and to date Deep Space Nine remains my favourite of the six TV iterations of Star Trek. It's my favourite by a country mile. There's a depth and a nuance to this series that simply isn't there is the comparatively sterile starship-based shows. Now as this was the first year, things didn't go entirely smoothly. There was a visible fear of alienating viewers, leading to a string of pretty ropey episodes with Next Generation guest stars. Some of the regular characters - notably Julian Bashir - simply didn't work yet.

On the other hand there's some particularly bold and provocative storytelling going on. The heavy focus throughout the season (and subsequent series) on Bajor and Cardassia makes Deep Space Nine quite unlike any other SF drama ever produced. We're so used to Star Trek arriving at a planet, mucking about in local politics and flying away before the closing credits. Benjamin Sisko never gets that luxury. He has to stay there, and by the season finale we're already seeing the consequences of his and his fellow officers' actions. That's Deep Space Nine in a one-word nutshell: consequences.

If you want to jump back yourself and see Season 1 at its best, I'd recommend checking the following five episodes:
On the other hand, I'd personally recommend not bothering with these five - to my mind the least accomplished hours this season has to offer:
If you want to keep reading reviews of Deep Space Nine I already reviewed Season 2 episode-by-episode some time ago. You can find an index of all SF television reviews here.
Posted by Grant at 7:29 AM