Who might be the next producer of Doctor Who? 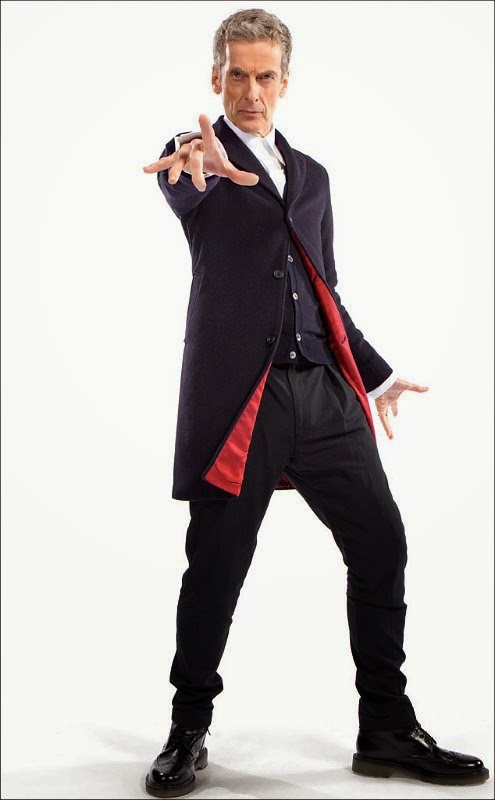 Doctor Who has had many producers over the decades: Verity Lambert, John Nathan-Turner, Barry Letts, Philip Hinchcliffe, Graham Williams and a few others. In the modern post-2005 era the series has had two showrunners (a term basically describing an executive producer and creative head): Russell T Davies and Steven Moffat. Davies produced the first four seasons and some specials. By the end of 2014 Moffat will have also produced four seasons and some specials.

Steven Moffat is a broadly popular writer. He just won an Emmy. He can't produce Doctor Who forever, and nor should he: new ideas are what's kept the series running for so long. While nothing has been announced or to my knowledge even believably rumoured, it can't be too much longer before Steven Moffat hangs up his TARDIS key and hands control over to the next showrunner. It's a difficult job, since it's a technically demanding series and the BBC's flagship drama. Who could possibly take charge?

Let's have a look at some potential names. I suspect some of these guys at least will be on the BBC's shortlist. I've listed them in alphabetical order by surname.

Chris Chibnall
Doctor Who experience: Five episodes of Doctor Who, including "The Hungry Earth", "The Power of Three" and "Dinosaurs on a Spaceship".
Other TV experience: Chibnall was head writer for Torchwood's first two seasons, and showrunner on Law & Order UK and Camelot, demonstrating that he has the ability to efficiently produce high profile, large-budget television drama. All that sort of pales in comparison to Broadchurch, however, which was 2013's most popular British drama, won a truckload of awards and has been remade for American television.
Would he do it? That's actually difficult to say. Before Broadchurch I'd have assumed yes, but with that series hitting the stratosphere Chibnall is in a position where he can probably make whatever he wants and find a TV network willing to pay for it. Would he waste that chance taking over someone else's series?
Should he do it? Chibnall's early Doctor Who episodes were not very popular. His later ones, particularly "Dinosaurs on a Spaceship", have their fans, but overall his name elicits more shudders from the fanbase that cheers. On the other hand I think his writing has improved immeasurably in recent years - having the creator of Broadchurch run Doctor Who for a few years could be brilliant.

Jane Espenson
Doctor Who experience: Not a sausage.
Other TV experience: Closest to home, she was one of the writers of Torchwood: Miracle Day. Beyond the BBC she has been a producer and writer for Buffy the Vampire Slayer, Tru Calling, Battlestar Galactica, Caprica, Once Upon a Time and many other productions.
Would she do it? I'm going to put my neck out and suggest that she actually might, if approached. She's clearly a fan of the genre and has a great handle on character and dialogue. She could bring a fresh perspective to the series and maybe shake things up. Of course she is American, but if some of the series funding was coming from BBC America that might actually work out.
Should she do it? I'd be genuinely interested to see what would happen with an Espenson-produced Doctor Who. I think she'd be quite bold and daring in what she produced. She's probably my top pick out of all the names listed here. 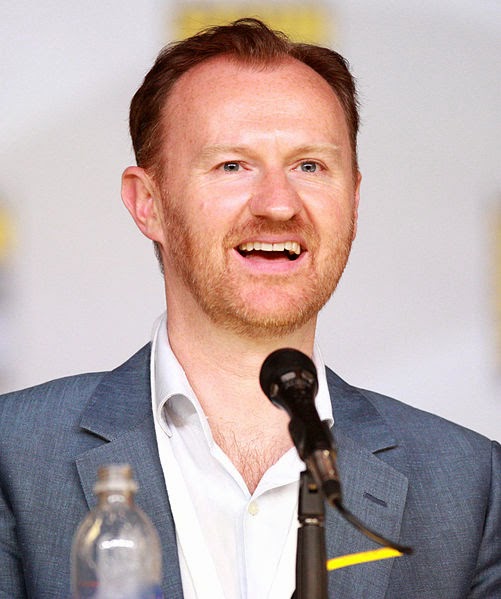 Mark Gatiss
Doctor Who experience: Lifelong fan of the show, and early New Adventures novelist (Nightshade, St Anthony's Fire). On television he's written seven episodes across five seasons, including "The Idiot's Lantern", "Victory of the Daleks", "The Crimson Horror" and next week's "Robot of Sherwood".
Other TV experience: Gatiss is co-writer and co-star of the cult comedy series The League of Gentlemen, as well as co-creator and writer on Sherlock with current Who head Steven Moffat. He's also written three episodes of Poirot and the acclaimed 2013 TV movie An Adventure in Space and Time, which tracked the early years of Doctor Who's production.
Would he do it? In a heartbeat. In fact, I've long suspected his producer role on Sherlock has in part been a development process for him to take over once Moffat retires.
Should he do it? To be honest I'm not outrageously keen. Gatiss has written seven episodes of Doctor Who since 2005 and I've not particularly enjoyed any of them. He is functionally competent but trades almost exclusively in pastiche. On the other hand the series was definitely be in a safe pair of hands.

Matthew Graham and Ashley Pharoah
Doctor Who experience: Pharoah hasn't written for the series. Graham wrote "Fear Her", "The Rebel Flesh" and "The Also People"
Other TV experience: Together, Graham and Pharoah were behind the sensational time travel drama Life on Mars and its sequel Ashes to Ashes. They also co-created and wrote the fairly awful Bonekickers and Eternal Law.
Would they do it? It's difficult to say. They're both fans of science fiction, and Graham at least has written for the series. On the other hand, they may want to continue focusing on their own original dramas.
Should they do it? Again, it's actually difficult to say. Life on Mars was sensational, but nothing else they've done has really matched that level of quality. Bonekickers in particular was pretty dreadful stuff. They'd be capable of producing the series, it's just a question of what kind of series they would produce.

Anthony Horowitz
Doctor Who experience: None.
Other TV experience: Horowitz was a writer for Richard Carpenter's acclaimed 1980s fantasy series Robin of Sherwood. Subsequently he has written for Poirot, Murder Most Horrid, Midsomer Murders and the popular Foyle's War (which he also created). He created and wrote two science fiction dramas, Crime Traveller and The Vanishing Man, neither of which were particularly well received. He adapted his own novel Stormbreaker into a successful motion picture and is currently adapting the second Adventures of Tintin screenplay for Steven Spielberg and Peter Jackson.
Would he do it? He was actually named as a rumoured successor this week, and replied immediately on Twitter to say 'not likely'. Take that as you may.
Should he do it? No. Every time Horowitz has stretched himself into science fiction and fantasy he's come up short. Crime Traveller and The Vanishing Man were dreadful, and his Sherwood scripts were the weakest of the entire series.

Howard Overman
Doctor Who experience: None.
Other TV experience: Overman is the creator of the popular comedy series Misfits, as well as the recent BBC1 fantasy Atlantis, whose second season is currently shooting. He also adapted Douglas Adams' Dirk Gently books for television, and has written for Merlin, New Tricks, Hustle, Harley Street and Hotel Babylon.

Would he do it? He's clearly interested in speculative fiction TV, and his work on Merlin and Atlantis show a willingness to work on big-budget family dramas. As the creator of Misfits he's also demonstrated an edge and an ability to work in different styles.
Should he do it? I can't think of a sensible reason why not, save for the fact he hasn't written for the series before. That in itself seems odd, since he's written for most of the BBC's other continuing dramas. I'd personally quite happy to see what an Overman Doctor Who would be like.

Toby Whithouse
Doctor Who experience: Four episodes, "School Reunion", "The Vampires of Venice", "The God Complex" and "A Town Called Mercy".
Other TV experience: He's most famous for Being Human, the widely acclaimed supernatural drama he both wrote and created. He also created the Channel 4 drama No Angels and wrote for Torchwood.
Would he do it? He very probably would, given his interest in the series. His main problem would be a lack of producing experience - that could be remedied with a strong co-executive producer.
Should he do it? The lack of hands-on producing experience gives me pause, but he's a talented writer and might produce some quick interesting, tonally dark Doctor Who.
Posted by Grant at 5:07 PM