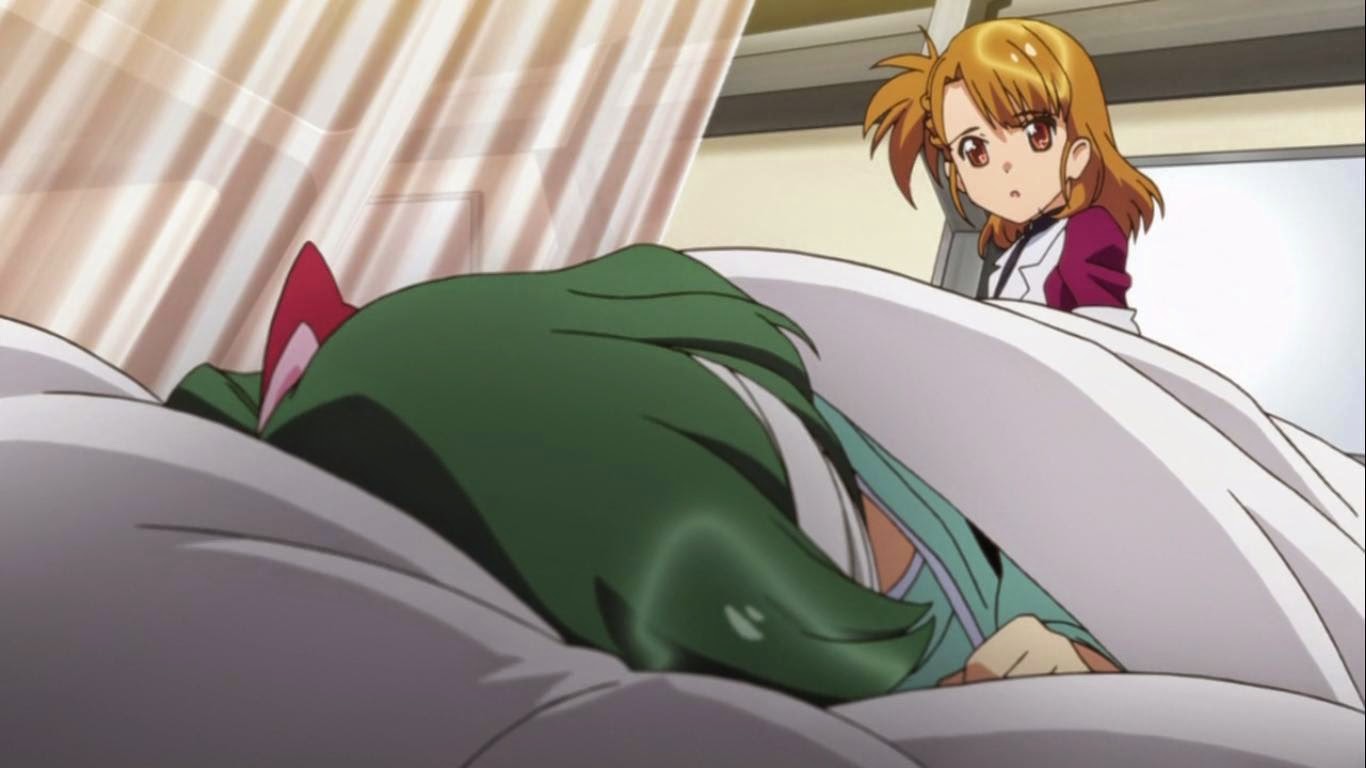 Takamina's crisis of confidence continues: is she destined to be replaced by Kanata, and if so should she do anything to stand in her way. AKB0048 head off to perform a concert on a planet suffering a total entertainment band; while the concert begins the 77th generation understudies are dispatched inside giant robots to fight off the DES.

This episode has angst, character conflict, Japanese pop music and - most important - giant robot dogfights. I think most things can be improved by a giant robot dogfight, certainly this episode benefits enormously. It's no surprise that, when forming a creative team to adapt AKB48 into an anime, the producers settled on Shoji Kawamori as director. He created Super Dimension Fortress Macross, which pretty much kickstarted Japan's mecha anime genre and (perhaps more pertinently) fused giant robots together indelibly with pop starlets. It's a very short line you can draw from Macross and Lynn Minmay to AKB0048 and their various ancilliary sci-fi trappings: it's basically the same kind of show, it's just that the emphasis has changed. Less robots, more pop starlets.

Where the series continues to entertain me is the way that all of these garbled plot threads have simply been thrown in together without any real attention paid to logic or believability. All it takes is one firm step back and the narrative becomes almost wilfully stupid: an aspiring pop star come robot pilot has a crisis of confidence because a glowing magical pool of water showed her another girl's face.

For all the histrionics and angst, the episode does actually hit on a fairly solid universal theme: should you aim for your own happiness, or that of your friend's? Takamina can't make up her mind, although a conversation at the episode's end does point her fairly strongly in one direction.

The growing friendship between Nagisa and Chieri is developing too: I actually wish they'd get a bit more focus, since I think they're my favourite characters. To be honest a lot of the supporting cast of this series sort of blend into each other.

I'd generally be on the fence over this episode, but then it ended with a giant robot fight - and that pushed it off the fence and into "good". So that's six good episodes out of eight, or 75% for AKB0048.
Posted by Grant at 7:48 AM