Star Trek: The Next Generation: "The Bonding" 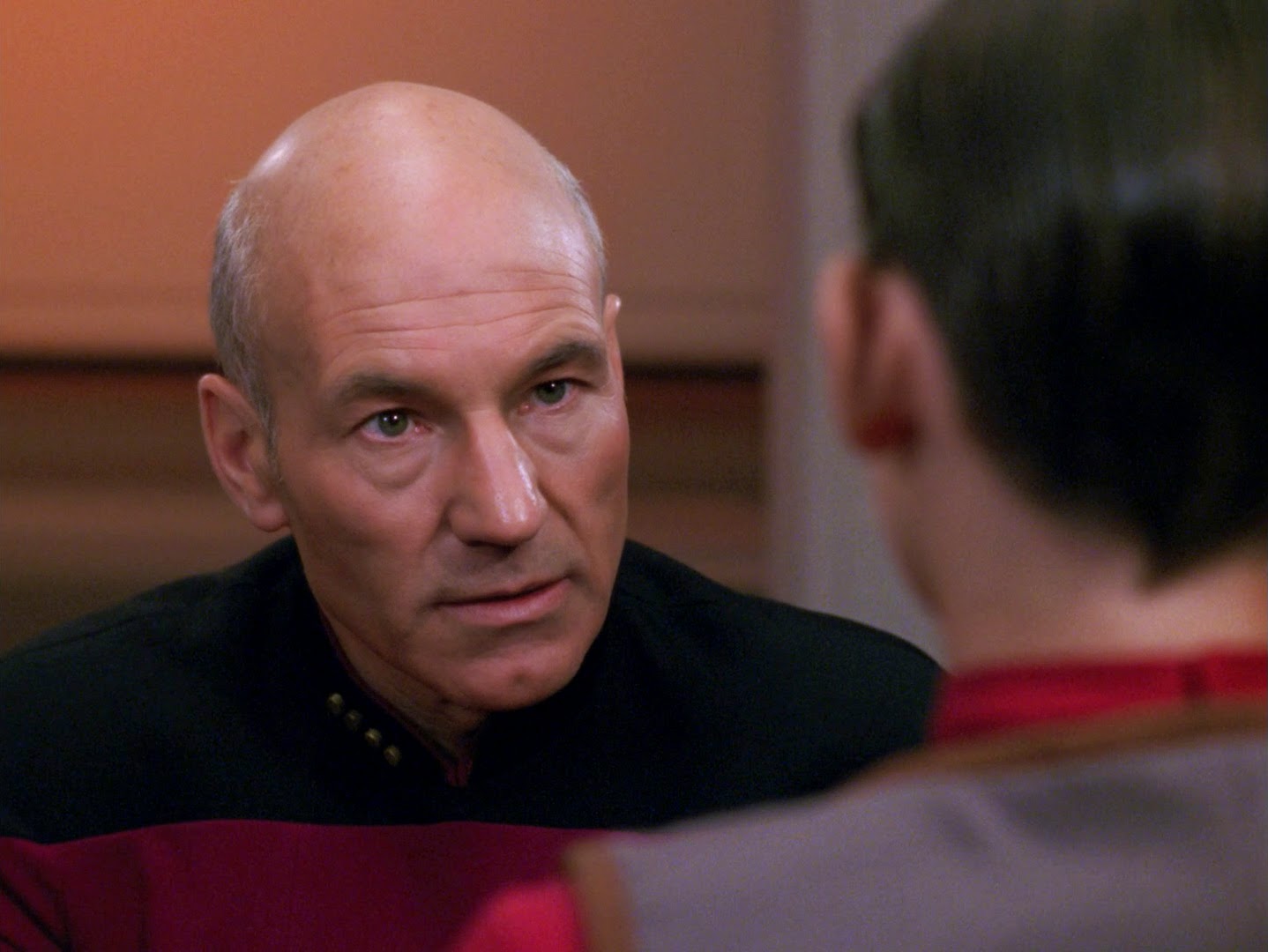 An officer is killed during an away mission, leaving her 12 year-old son orphaned. Lieutenant Worf, who led the mission, is wracked with guilt and wants to enter into a traditional Klingon bonding ceremony. Captain Picard questions why families are allowed on starships in the first place. Wesley is forced to confront his own feelings about the day Picard informed him of his own father's death. For the orphaned boy Jeremy things get confusing when his dead mother returns to their quarters, claiming to still be alive.

"The Bonding" is the Star Trek debut of writer Ronald D. Moore, who will go on to write some of the series' best episodes, before jumping ship to Deep Space Nine - where he writes many of that series' finest episodes. Beyond that he revived Battlestar Galactica for the Sci-Fi Channel and is currently showrunner on the time travelling drama Outlander. He's a pretty significant figure in American SF television, and he pretty much kicks it all of here. He kicks it off incredibly well.

I think this is precisely the kind of Star Trek that new script producer Michael Piller wanted to be making. It has a science fiction story buried in its middle, but that story allows the script to tease out emotional threads for not one but three regular character. Worf's desire to formally bond with Jeremy plays directly into Moore's strengths, since it's Moore's scripts that will come to massively expand and showcase the Klingons over the coming years.

Picard's discomfort at children on the Enterprise understandably rears its head again, and it's difficult not to agree with him. Why are children onboard the Enterprise? In the first two years they've been shot at, damaged, sabotaged, and thrown to the far end of the galaxy on two occasions. You'd think any parent in their right mind would be dispatching their kids back home to Earth within a hot minute. What is wrong with these people that would make them willingly put their own children directly into harm's way?

It's really nice to see Wil Wheaton get some half-decent material, as the episode's events force Wesley to re-live the day that Picard informed him of his father's death while on an away mission. When he finally talks it out with Picard during the episode's climax, it's not quite as effective as I'd hoped, but still works rather well.

The science fiction plot in the middle, in which an alien masquerades as Jeremy's mother by means of apology for a long-dormant booby trap killing her, is rather clumsy. It detracts from the character development while simultaneously allowing that development to happen. As for Jeremy himself, young actor Gabriel Damon is rather wooden and unconvincing - but that's always a risk when basing an episode around a child. He's certainly not so bad that he ruins the thing, but I do feel they could have cast someone a little stronger.

Winrich Kolbe directs the hell out of the episode. Watch for Worf's meditation in his quarters, shot in a harsh blue light, or a beautifully conversation between Data and Riker on the subject of human grief, which is shot almost entirely in tight close-ups. There's more than the usual attention to how this episode is shot, and that dedication benefits it enormously.

This is, all things considered, a really great episode. It's the fourth good episode out of five, giving Season 3 a quality ratio - for now - of 80%.
Posted by Grant at 9:03 AM