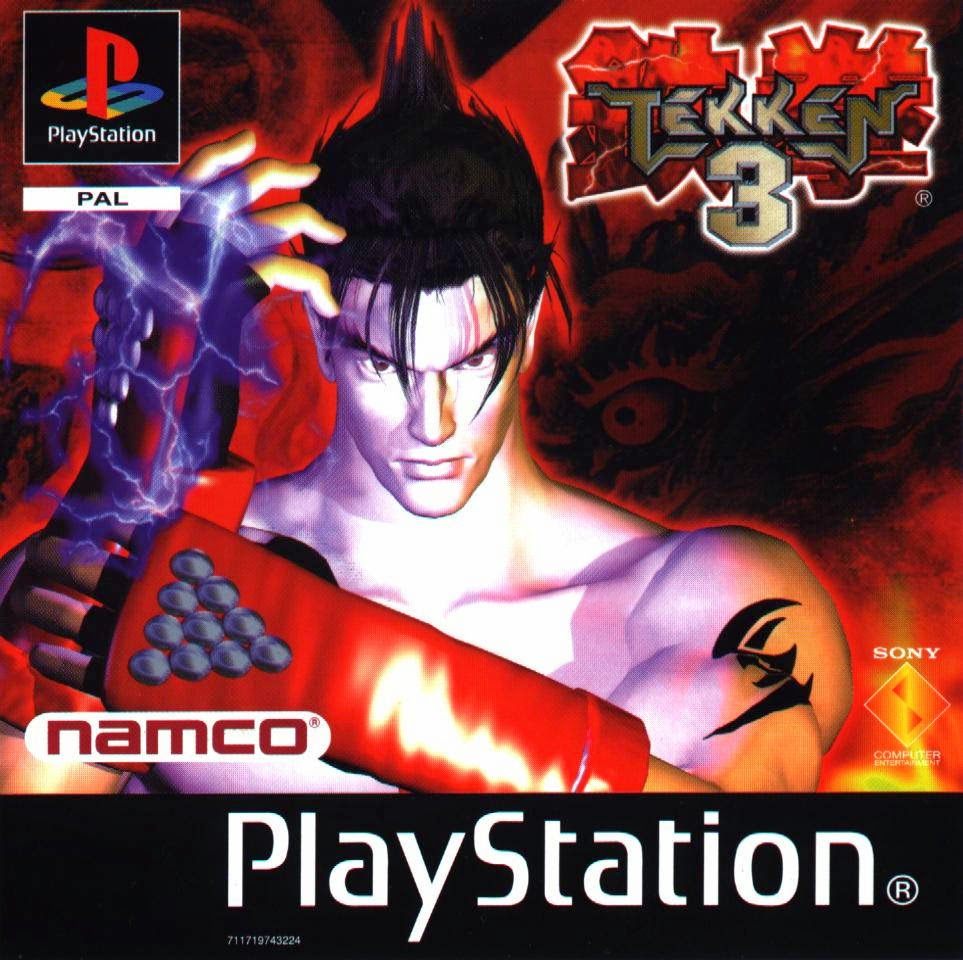 PSX20 celebrates the 20th anniversary of Sony's Playstation videogames console by counting down my 20 favourite videogames for that platform. These aren't necessarily thebest PSX games ever made, but they are the ones I liked and played the most.

Namco's Tekken was a 1994 arcade fighting game, later ported to the PlayStation, which used the then reasonably new technology of polygon-based 3D graphics to make a more exciting experience. It lagged a year behind Sega's similar title Virtua Fighter, which was a significant hit in arcades worldwide. I was never a particularly big fan of Tekken, vastly preferring both Virtua Fighter and its 1994 sequel.

This all changed with Tekken 3, released in arcades in 1997 and then ported to the PlayStation in 1998. Graphically it represented a huge leap forward for the genre. In terms of gameplay it was more instinctively playable: you could pick up the controller and have a reasonable time, employing a fair number of special attacks and combos (combinations of button-pressing creating high-powered attacks) in pretty short order.

Where the game really pushed things forward was the introduction of a third axis. Despite being rendered in three dimensions, previous 3D fighting games still worked along a two-dimensional plane: it looked more realistic, but you were still restricted into moving left or right. With the sidestep function, characters in Tekken 3 could suddenly duck to the side to avoid an attack instead. It added an enormous amount of gameplay, and completely changed the way players could tackle each fight.

The game only retained six characters from the last Tekken, and reinvigorated the franchise with a host of new characters - each with different fighting styles and animations. Fighting games can't simply succeed on the back of strong gameplay; strong characters are just as important. Tekken 3 pretty much guaranteed the franchise's long-term success in this regard.

There have been six Tekken games to date, with a seventh due in 2015. There have also been a number of spin-offs and enhanced re-releases, and even a live-action movie. While the later games have retained much of the same fluid, enjoyable gameplay, Tekken 3 remains my favourite. It's my favourite fighting game for the original PlayStation, and it remains one of my all-time favourite fighters.
Posted by Grant at 7:51 AM