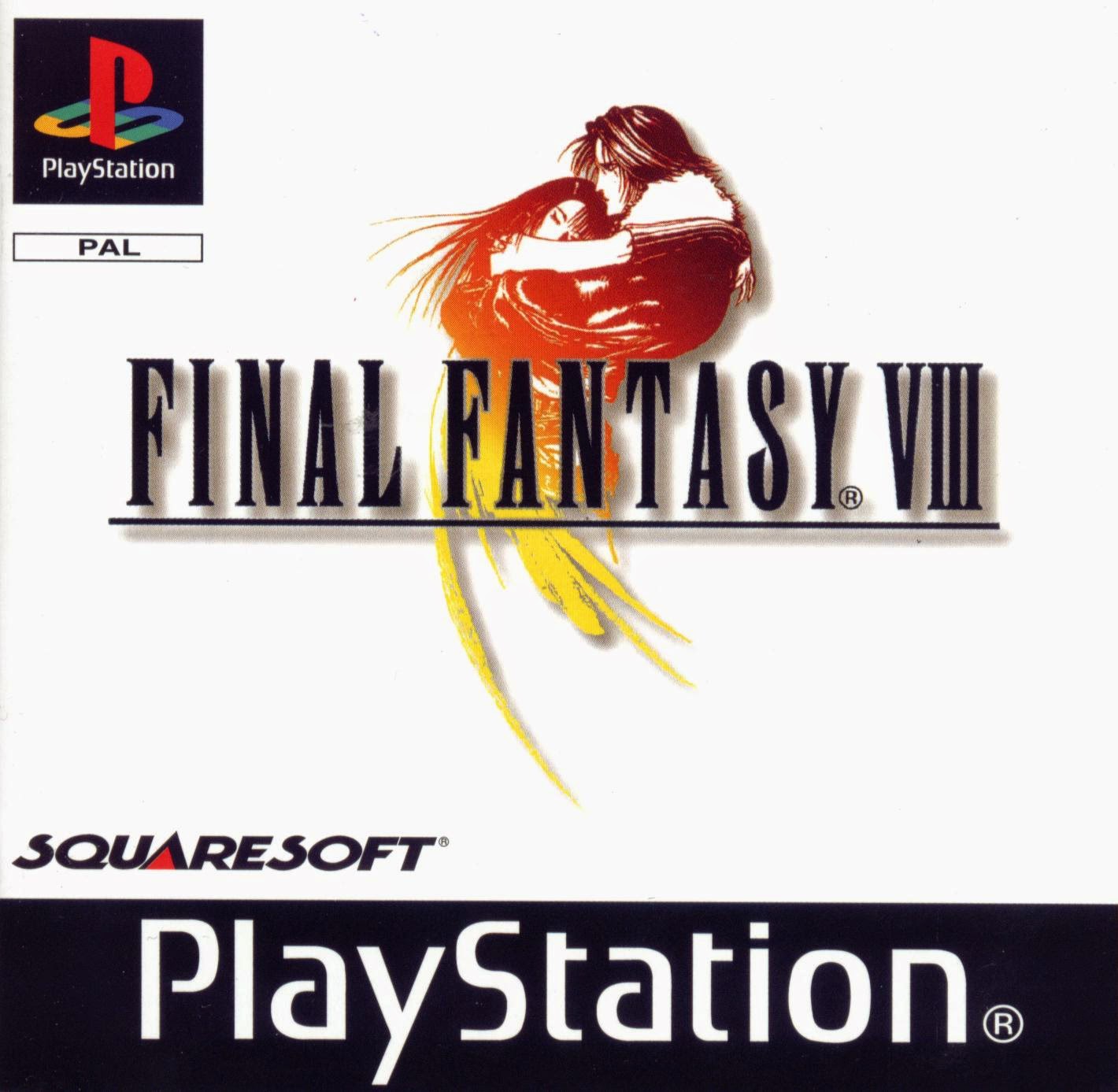 I'm going to dive in and assume that if you're reading this blog you have at least a cursory understanding of Final Fantasy. It's a hugely successful Japanese role-playing game franchise that started out on Nintendo's Famicom and Super Famicom, but then made a very open and contentious jump to the PlayStation. This understandably upset Nintendo, who assumed they could use Final Fantasy sequels to sell their upcoming Nintendo 64 console, but tempted by the benefits of a CD-ROM-based system Squaresoft signed up with Sony. They made three Final Fantasy games for the original PlayStation; this was the second.

Squaresoft undertook a massive shift in visual aesthetics with this game. The first seven titles had all used rather cute, squat character designs with a strong manga/anime aesthetic. With VIII the company used comparatively realistic characters throughout, giving the game a visual maturity and depth that went far beyond its predecessors. When it was released in 1999 it looked jaw-droppingly good. People were comparing its look to feature films rather than games. Certainly it made enough of an impact that Columbia Pictures signed up to release a Final Fantasy feature film, released in cinemas two years later.

Today, of course, it doesn't look quite that impressive. Not really. Context, as always, is king.

Where it does still excel is in its rich storyline and world building. The push from very stereotypical RPG storylines was kick-started by Final Fantasy VII, and that game made a much bigger jump forward, but VIII did continue to push for a more realistic and mature narrative. The game follows a group of mercenary soldiers forced into conflict with a powerful sorceress named Ultimecia - whose ultimate goal is the rather odd feat of compressing all of time into a single instant.

The characters are all distinctively drawn and appealing, and a quick check of how to spell their names brings back immediate memories of each of them: dutiful loner Squall Leonheart, the outspoken Rinoa Heartilly, patient advisor Quistis Trepe, the enthused Zell Dincht and the cute-as-a-button Selphie Tilmitt.

I think the game's biggest feat is that I don't remember it for its gameplay or technical achievements, but for its characters and their story.

While the next game in the series eschewed the more realistic look, that realism came back with a vengeance for subsequent sequels on the PlayStation 2 and 3. Modern Final Fantasy owes an enormous debt to this game. Its director, Yoshinori Kitase, also directed Final Fantasy VI and VII, and continues to work for Square as a producer. I think he's pretty much second only to series creator Hironobu Sakaguchi in terms of impact on the franchise.
Posted by Grant at 4:01 PM