Star Trek: The Next Generation: "Evolution" 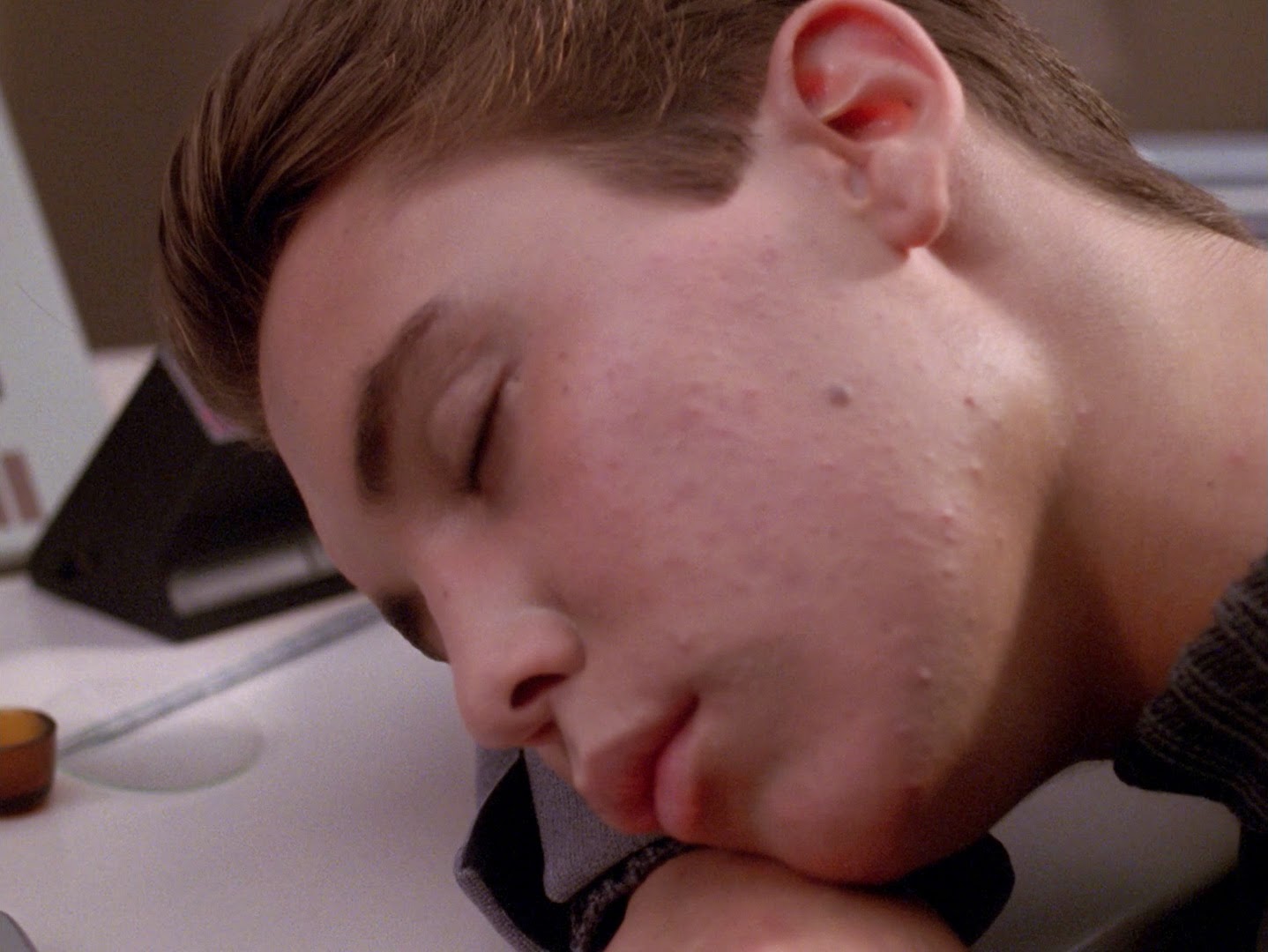 The Enterprise has arrived at the Kavis Alpha system to enable a noted astrophysicist, Dr Paul Stubbs, to observe a rare but easily predicted stellar phenomena. While Stubbs prepares for his once-in-a-lifetime chance, nanotechnology developed by Wesley Crusher accidentally infects the Enterprise's systems, putting the mission - and the lives of the Enterprise crew - at risk.

The second season of The Next Generation was famously beset by production difficulties. A writer's strike hampered the development of episodes and led to a four-episode cut to the season. Personality conflicts and disagreements over the series' creative direction led to the departure of Tracy Torme and Maurice Hurley. After a brief three week period where Michael I. Wagner assumed the role of executive producer, the position was transferred to newcomer Michael Piller. It was the luckiest hire than The Next Generation ever made. Piller was not only one of the best writers that the series ever had, he also had a formula for ensuring the series went from one creative strength to another.

Piller had two rules for every script he supervised: firstly, it had to be about something; secondly, it had to be about a character's growth. With Piller's arrival, Star Trek: The Next Generation stopped being a series of self-contained weekly episodes and started becoming a continuing science fiction drama for the first time - and the rest of American SF television followed suit.

There is a palpable difference between the end of Season 2 and the beginning of Season 3. The characters all seem more relaxed and friendly with one another. The costumes feel a lot more believable and comfortable to wear - particularly the Starfleet uniforms, which (a) were reportedly much more comfortable that the lycra one-pieces they were all wearing beforehand, and (b) immediately lead to Patrick Stewart's patented "Picard manouevre" every time he adjusts his shirt. The visual effects seem much brighter and more vibrant. There's even a new set of opening credits that seem a bit larger in scope (we see the whole galaxy rather than a few planets). While there were glimmerings of this improved quality in a few episodes of Season 2, it emerges here fully-fledged. It's actually quite a shock: this is the Next Generation that I remember watching so much.

All that in mind, they actually picked an odd story with which to launch the season. It's Wesley-centric, and thanks to some pretty poor writing in Season 1 in particular, the character was never very popular with the fans. It also bases the plot around Wesley Crusher's science experiment putting the Enterprise in peril, which is something a lot of fans seemed to think happened all the time. To be fair it's happened once or twice, but never to this extent. Perhaps this is the episode that the Wesley-haters go on about.

So Wesley has made a terrible mistake, and is weighing up the pros and cons of confessing his error immediately or to wait and see if the crisis blows over. Wil Wheaton shares a really nice scene here with Whoopi Goldberg, as Wesley seeks Guinan's advice on what to do. She's remarkably subtle yet firm, with Goldberg playing a wonderful, minor-key anger at him throughout. The idea to periodically incorporate Goldberg into the series was a great one, because it's difficult to imagine Wesley having this sort of conversation with anyone else.

His mother, Dr Beverly Crusher, is back as the ship's doctor. She gets a nicely played scene as well, quizzing Picard on how Wesley has been going in her year-long absence. The relationship between Beverly and Wesley in this episode typify the Piller approach - he didn't produce this (Wagner did) episode, but he did write it. There's good character development here that's both believable and appealing.

Other aspects of the episode are less successful. Ken Jenkins plays Dr Stubbs a bit too over-the-top and passionate. While his anger at having his life's work jeopardized is believable, the lengths he goes to in order to preserve it are not. He also engages in yet another scene where a scientist tells Wesley how smart he's going to be when he's older - it's a cliche now, and it grates badly, and I think it contributes to why a lot of people never warmed to Wesley while he was in the series. Certainly it was never Wil Wheaton's fault: he was a fabulous and talented actor, and I think it's a shame he doesn't get cast in more things today. He just has to make do with being America's appointed King of the Geeks instead.

It's an uneven opener, but a solid one. It gets my vote, and with the new look, tone and content, Season 3 is shaping up to be a vast improvement over Seasons 1 and 2.
Posted by Grant at 5:02 PM