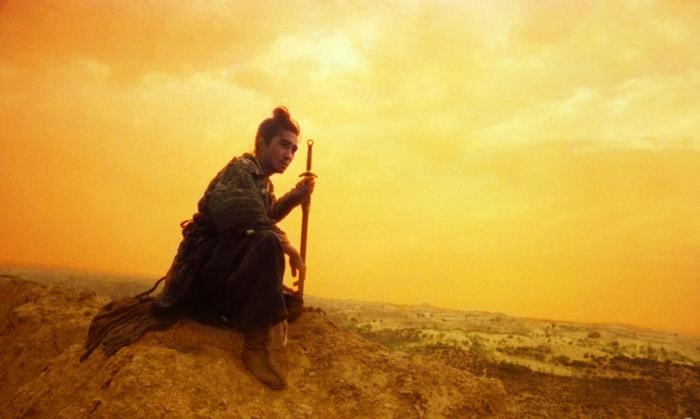 20 years ago today Hong Kong moviegoers were presented with Ashes of Time, a long-gestating martial arts fantasy written and directed by Wong Kar-wai. At the time it was the most expensive Hong Kong film production ever staged. It had taken an inordinately long time to shoot, with Wong as good as holding his high profile cast captive in the Gobi Desert. The shoot was so long that the cast simultaneously used its sets and costumes to make a feature-length parody, The Eagle-Shooting Heroes, with another director, Jeffrey Lau. Post-production was so lengthy and difficult that halfway through Wong wrote, shot, edited and released an entirely unrelated film, Chungking Express.

When it was released 20 years ago, local critics were baffled by its obtuse plot and weird photography. Audiences, who had expected a crowd-pleasing adaptation of wuxia novel The Legend of the Condor Heroes, famously queued around the block demanding refunds. It ultimately lost its distributor HK$30 million dollars.

Ashes of Time almost killed Wong's career just when he was developing serious critical acclaim. Two decades later, however, and partly thanks to a 2006 re-edit by Wong, it is widely regarded as a Hong Kong classic: odd, mournful, near-impenetrable, and for many utterly unforgettable.

When Wong cast Ashes of Time he shot for the sky, and successfully drew in most of Hong Kong's finest screen actors. Leslie Cheung played the protagonist Ouyang Feng, the "Venomous West", a swordsman turned bounty hunter agent who narrates the film. Tony Leung Ka-fai played Huang Yaoshi, the "Malicious East". Ouyang Feng anchors the film, and acts as the lynch-pin upon which all of the ensemble cast's stories join together. Other roles were played by Brigitte Lin, Tony Leung Chiu-wai, Carina Lau, Jacky Cheung and Maggie Cheung. Each tale is filled with longing, broken hearts and regret.

Part of what makes Ashes of Time so difficult to follow at first is that it is told using a non-linear narrative, and that Wong keeps cutting in-media-res. We enter scenes a little too late to understand what is going on, and leave them before we've fully managed to catch up. The cumulative effect is rather like watching a dream. Regular Wong collaborator Christopher Doyle worked as director of photography, so it all looks amazing - although audiences at the time bristled at how Wong and Doyle's shaky, blurred photography deliberately ruined any attempt to see Sammo Hung's elaborate stunt choreography.

For western audiences, the 2006 Ashes of Time Redux - which clarifies the plot a little and cuts out seven minutes of footage - is the only show in town. In Asia the original edit is still widely available on DVD. I actually prefer the original: better to dive headlong in and have an immersive experience than take the easier, less intriguing route.

Wong has gone on to be Hong Kong's most internationally acclaimed director ever; his most recent film, The Grandmaster, finally reached Australian cinemas last month (again, cut down for international release). He's still one of the most interesting directors working today, producing films of the richest and most languid aesthetics and tones. Ashes of Time is not necessarily his best film - in fact I'd suggest pretty firmly that it isn't - but it is my favourite of his works. There's so much to find in this film - to tease out and unravel - that you can watch it over and over again.
Posted by Grant at 9:52 AM