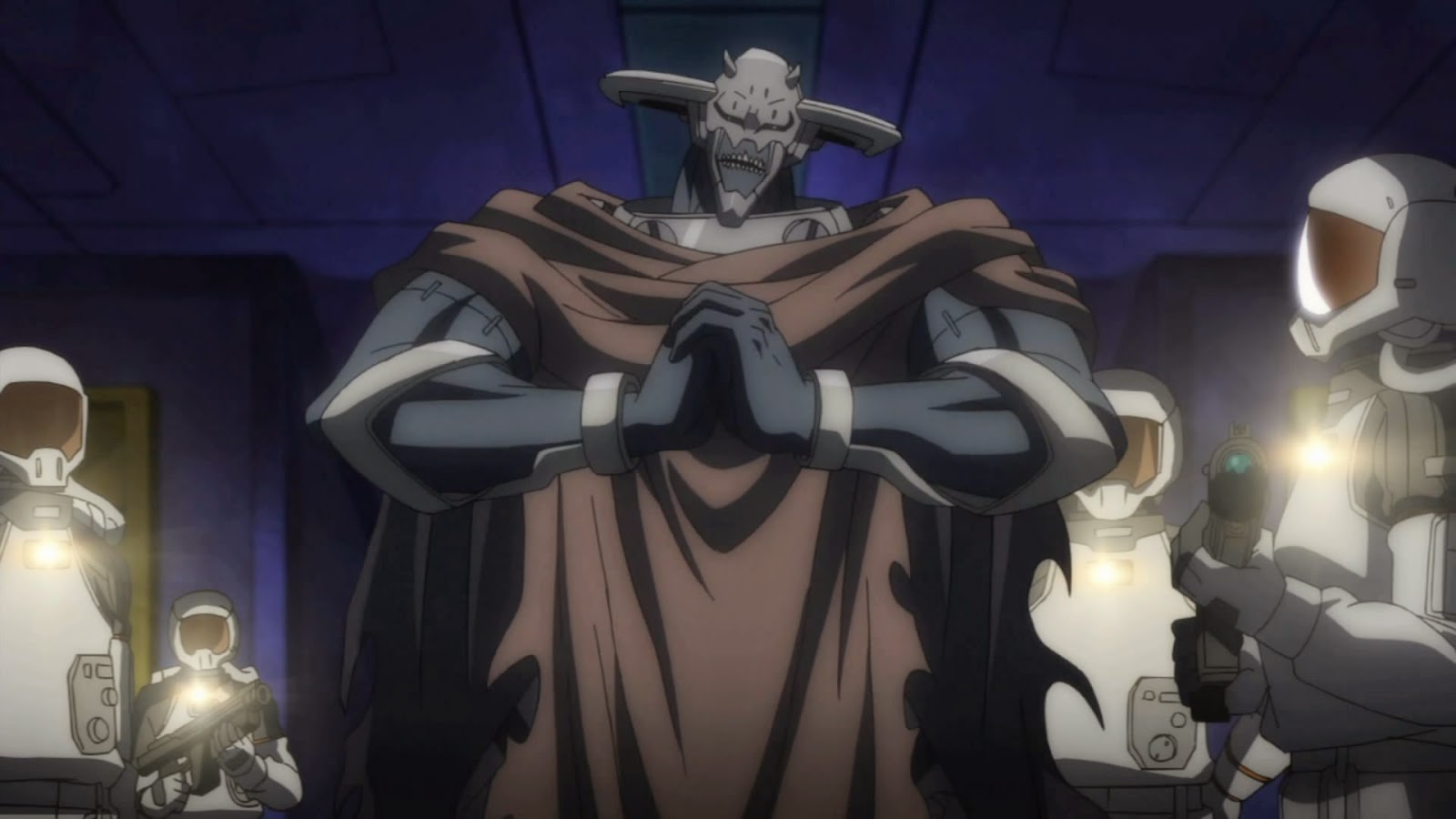 Marika and Gruier board the Golden Ghost Ship at last. What treasure will they find at its centre - and what is the secret mission about which Gruier has not told Marika?

After six episodes, the Golden Ghost Ship saga hits a sudden and unexpected conclusion. Given the glacial pace of the first five instalments, I honestly expected at least one episode to go before this all wrapped up. This leaves me with a bit of a conundrum: do I criticise the episode for rushing its ending in comparison to the earlier episodes, or do I praise it for finally picking up the pace like I've been asking it to all season?

The rapid climax is all the more surprising given the rather gentle, leisurely way in which it begins. The time is taken to really give the enormous generational starship to attention it deserves. These opening scenes are highly reminiscent of Arthur C. Clarke's seminal SF novel Rendezvous with Rama, with a similar sense of steady exploration into the unknown. Of course that isn't going to last forever, and before long Gruier and Marika are face-to-face with Grunhilde and a squadron of Serenity troops.

Pretty much as soon as the conflict is set up, however, it's all over and the story has been resolved while Gruier was unconscious. In many ways it feels like an appalling cop-out, but it was foreshadowed very well in the previous episode and all makes logical sense. It also gives the story a remarkably sweet and happy ending, which I wasn't quite expecting.

I continue to have major issues with the pacing of this series, but I am continuing to enjoy it because the characters are so likeable. Even a character like Gruier, whose Sailor Moon hairstyle and super-sweet disposition could make her deeply irritating, comes across as enjoyable and pleasant. Marika continues to be a great protagonist, and they're doing a great job of showing her slowly develop more confidence as a space pirate captain.

Did this six-part story need to be told so slowly? Absolutely not. You could have shaved enormous amounts from the earlier instalments and still reached the same conclusion. Despite this, it's very enjoyable stuff - and a very worthwhile climax. Nine good episodes out of 12 gives Bodacious Space Pirates a quality ratio of 75%.
Posted by Grant at 7:36 AM