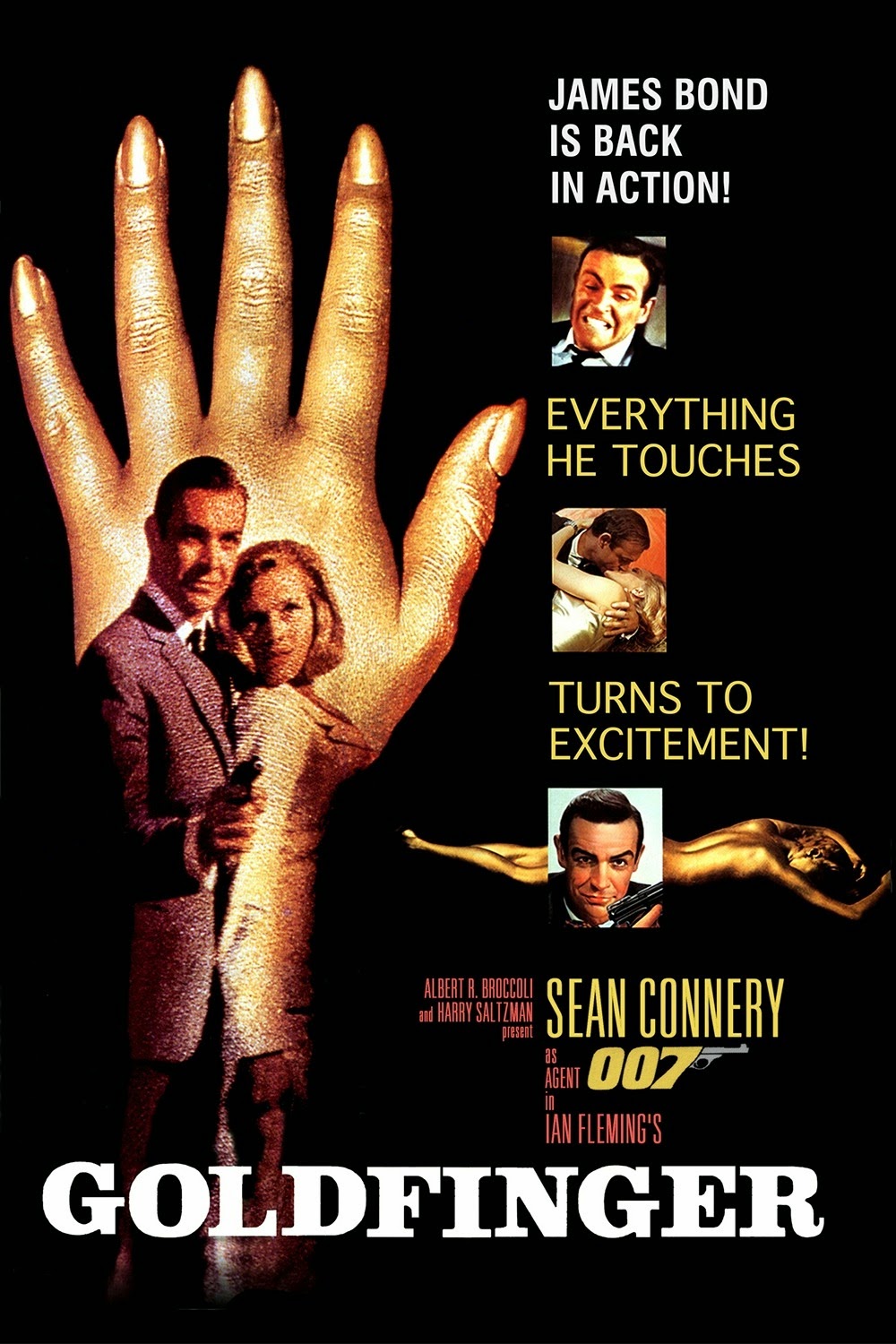 The general wisdom is that sequels are never as good as the original film. There's an accepted law of diminishing returns that states that every time you revisit the well there's a little less creativity, a reduction of the originality. A little shine comes off each time.

Then there is the small group of sequels that actually manage to exceed the quality of their predecessors: The Godfather Part 2, The Empire Strikes Back, The Dark Knight, Toy Story 2. Sure, individual people are going to quibble over which ones are superior and which ones aren't, but generally speaking pretty much anybody can identify at least one sequel that was better.

The third film, though? No one says they're the best installment. No one holds Return of the Jedi above Star Wars, or The Godfather Part III over Part I, or Indiana Jones and the Last Crusade over Raiders of the Lost Ark. I think I've identified one, though: Goldfinger, the third EON Productions James Bond adventure, which celebrates its 50th anniversary today.

When you go back and watch Dr No, the original Bond film from 1962, it's curiously small-scale and unambitious. Its sequel, 1963's From Russia With Love, does a lot better: James Bond (played by Sean Connery) seems more relaxed and laconic, and his quips and put-downs are coming a bit thicker and faster. It's with Goldfinger that we finally reach a James Bond that we all fully recognise. He's got an Aston Martin sports car packed with missiles and ejector seats. He's got special gadgets up his sleeve, provided by the ever-reliable Q Branch. He's taking down a billionaire madman with a crazy plan. He's so filled with machismo and raw male sexual magnetism that he can seduce a lesbian.

Basically everything that worked in Dr No comes back, and everything that was refined and improved in From Russia With Love is further enhanced and developed, and then the whole enterprise is arced up to 11. Pretty much every Bond film from Goldfinger on (with a few notable exceptions) is a various on a theme, and that theme is composed and perfected right here. EON Productions and MGM might have celebrated James Bond's 50th film anniversary back with Skyfall in 2012, but the James Bond that endured for five decades sort of started 50 years ago today.

So it turns out that occasionally the third film in a series can be the best. Just not often. In fact, pretty much just with Goldfinger. And possibly Harry Potter and the Prisoner of Azkhaban.
Posted by Grant at 9:37 PM