Doctor Who: "The Edge of Destruction" 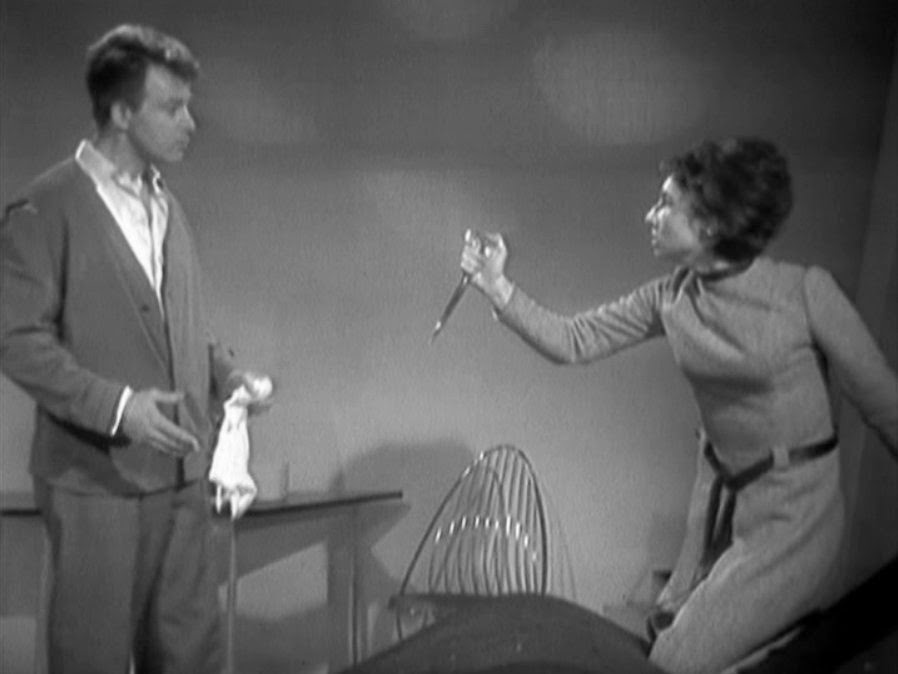 It's 8 February 1964, and time for the 12th episode of the BBC's Doctor Who. An explosion has rocked the TARDIS console room and thrown everyone to the floor. When they wake their memories are foggy, their situation is unclear, and the TARDIS seems to be malfunctioning. Paranoia sets in, and the TARDIS occupants slowly turn on one another.

"The Edge of Destruction" is a remarkable episode. It follows the series premiere, followed by three weeks on prehistoric Earth and seven weeks on the planet Skaro fighting Daleks. Now we have an episode set entirely inside the TARDIS, where a lot of the plot threads woven through the first 11 weeks come to a head. For Ian and Barbara it's the realisation that they're travelling through time and space on an alien spaceship, with no end to their journey in sight, trapped with a mad old man about whom they know absolutely nothing. For the Doctor it's a realisation in pretty much the opposite direction: he doesn't know these people, he's kidnapped them and is incapable of returning them home, and they could do anything to force his hand and try make him take them back to 1963. When you're moving from one high-pressure situation to another, and you don't really know a thing about your travelling companions, sooner or later something's going to break and the paranoia's going to set in.

It's rather impressive that, for an episode ostensibly intended to fill a week in the production schedule without building many sets or hiring additional actors, "The Edge of Destruction" manages to be as dramatic as it is. There's a terrifying scene early on where Susan, confused and paranoid, threatens Ian with a pair of scissors. When he wisely backs away, she freaks out completely and starts stabbing a couch in a frenzied assault. This is a children's drama from 1964; I'm pretty sure this scene wouldn't make it into Doctor Who today. To be completely honest I doubt it would make it into the series by 1965, but that's the beauty of early Doctor Who: there are no rules. They haven't even nailed down the series formula yet.

As the question rises over what's happened to the TARDIS, Susan presents a highly disturbing theory: the ship has been invaded by some alien intelligence, that might be lurking inside one of the passengers as they speak. It's a classic gambit for generating drama, and it's a classic because it works so well. There are four people trapped together, and one of them might be an imposter. From thereon in the drama could almost write itself.

"The Edge of Destruction" was the first episode written by the original script editor David Whitaker. He's one of the best writers the series ever had, and he's certainly on a roll here. This is an odd, disturbing episode that confounds the viewer's expectations. Goodness knows what the viewers of the time thought: one minute they're running down corridors from Daleks and the next they're here, circling each other in ever-suspicious circles.

This brings Series 1 up to 10 good episodes out of 12, or 83%. No wonder the series gained such a huge audience in its first year: these episodes are, for the most part, utterly remarkable.
Posted by Grant at 8:10 AM