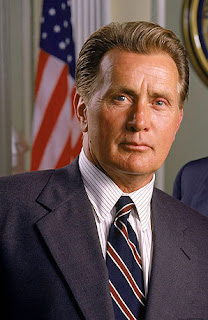 American television in the 21st century is in a very different place to where it was just 20 years earlier. The rapid expansion of cable television drama, followed by new online drama platforms such as Amazon and Netflix, has led to an unprecedented advance in quality and prestige. This increase in prestige and respectability has brought with it a wave of actors, writers and directors who have in part abandoned feature films - where the visual effects-driven blockbuster now reigns supreme - for more creatively fertile grounds.

I think that this current 'golden age' of television can be drawn all the way back to 1999, and two widely acclaimed, memorable dramas. The first is David Chase's HBO series The Sopranos. It wasn't the first original hour-long drama series for the cable channel - that was Oz, which premiered two years earlier - but it was the first to make a seismic impact on the industry in terms of storytelling style and depth of character.

The other key series of 1999 was Aaron Sorkin's political drama The West Wing, and that is the series on which I've decided to focus this month with a set of reviews. It follows the story of fictional United States President Josiah "Jed" Bartlet (Martin Sheen) from the beginning of his second year in office to the inauguration of his successor seven seasons later.

In many ways, while The Sopranos was the beginning of an era, The West Wing was the end of one. In the 2000 Emmy Awards, in which The West Wing won Best Drama, four of the five nominees were broadcast on a free-to-air television network: The West Wing, ER, Law & Order, and The Practice. Only The Sopranos came from subscription channels. By 2010 four out of six nominees came from off-network providers. In 2014 they were all from off-network. While network television continues to produce numerous acclaimed dramas, the best stuff in the 2010s is made elsewhere. To my mind The West Wing is not only the final masterpiece of American broadcast television, it is its creative high point as well. Some will argue, and they'll probably have several highly valid points, but to my mind The West Wing - particularly its first two seasons - is the single greatest drama series in American network history.

Over the next month or so I'm going to be presenting a series of reviews of The West Wing's first broadcast season, aired between 22 September 1999 and 17 May 2000. I'm going to start with a look into the background of its creator and writer, Aaron Sorkin, then into the development of the series itself, and then go through one episode per day - what it's about, how they made it, who's in it, and a bit of critical review.