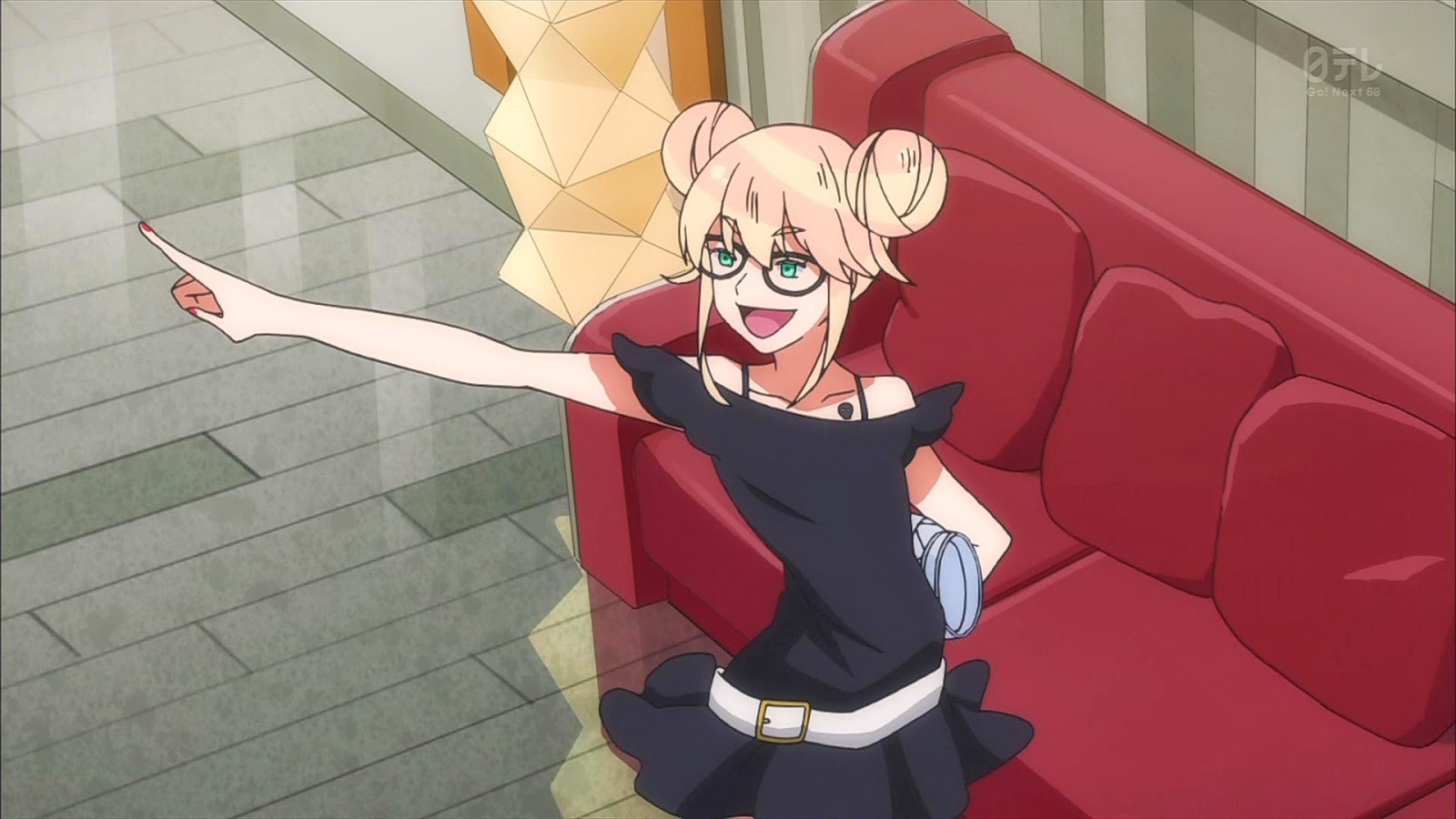 Hajime takes Rui to her apartment to get healed by Utsutsu. Together they broadcast over the Internet to apologise for Rui's use of the CROWDS and to promise that the Gatchaman will defeat Katze. Katze, meanwhile, gives Galax's most dangerous users full access to CROWDS and sends them on a destructive rampage through Tokyo's government buildings. Sugane confronts JJ, and with the rest of the Gatchaman behind him informs their one-time leader that his prophecies will no longer be required.

Episode nine of Gatchaman Crowds is messy, unfocused, and for the most part a relatively boring affair. It's as if a certain amount of plot needed to be progressed, and so rather than create a single streamlined story the episode simply pushes a couple of separate elements forward one by one. After the strong momentum of recent episodes it's a remarkable disappointment.

Katze's releasing of the worst CROWDS has to offer is easily the best aspect of the episode, with the glowing spherical humanoids ripping apart building after building. There's a wonderful apocalyptic tone to these scenes, and you would imagine they'd be met by some pretty desperate reactions from the Gatchaman. Instead they quietly regroup and make an Internet broadcast. It's inaction precisely where action is demanded. The episode denies its audience a satisfying climax, but doesn't offer anything else to really grab their attention instead.

The 1970s "Galax" mask worn by the rebel CROWDS leader is a nice touch - one of surprisingly few callbacks this series has made to the original Gatchaman.

While I have enjoyed much of this series, it's biggest fault is that it's just a little bit too complex for its own good. We're not really getting proper explanations for much of what's going on, whether it's who JJ is and what his prophecies are for, how the Gatchaman work, who Katze is, and so on. In an episode where there's not too much going on and it isn't too complicated, these problems are minimised and it's wonderfully entertaining stuff. In an episode like this, with haphazard development scattered piecemeal without a proper core, it's unbearably frustrating.

We're nine episode in with three to go, although a second season is scheduled to begin in July 2015. So far seven episodes have been good, leaving the quality ratio at 78 per cent - I'm hoping this episode was a temporary misstep.
Posted by Grant at 4:01 PM