The West Wing: Aaron Sorkin and A Few Good Men 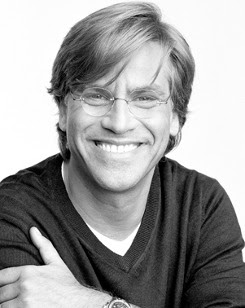 The West Wing is comparatively rare among American television drama in that, for its first four seasons at least, it was primarily written by one person: Aaron Sorkin. The standard model for American TV writing is what's called "the writer's room", where a group of writers will collectively develop story concepts and ideas and then split off individually to write each episode. While The West Wing would retain that writer's room, the writers involved worked more as researchers, providing story material and background information for Sorkin himself to then develop and adapt into the television scripts.

As a result, The West Wing is to a very large extent the work of a singular creative talent. While executive producers John Wells and Thomas Schlamme would have a huge influence over the series' look, aesthetic and production values, the characters, their crises and the iconic sophisticated dialogue were all Sorkin's. I think the best place to start when exploring The West Wing is with Sorkin himself.

Aaron Benjamin Sorkin was born in Manhattan, New York, in 1961. He was the child of Jewish parents – his father a lawyer and his mother a schoolteacher. His two elder siblings, a brother and a sister, both went on to become lawyers themselves. Aaron, however, developed a keen interest in acting. As a child his parents took him regularly to the theatre. He was to later remark that while he often did not understand the storylines, he always enjoyed the sound of the dialogue.

In 1971, Sorkin – aged 10 – volunteered at George McGovern’s Presidential campaign headquarters, in an attempt to impress a girl in his class. At a White Plains rally for Richard Nixon, Sorkin attended with a “McGovern for President” sign. As Nixon’s motorcade arrived, Sorkin recalled an old woman coming up from behind him, grabbing the sign out of his hand, hitting him in the head with it, and then rubbing it in the dirt. ‘It so stunned me,’ Sorkin later said, ‘there’s a part of me that’s been trying to get back at that woman ever since.’(1)

While attending high school in Scarsdale, New York, he became involved in the school dramatic society. By 1983, now 22 years old, Sorkin graduated from Syracuse University with a BA of Fine Arts majoring in Musical Theatre. After graduation, he worked a range of part-time jobs including driving a limousine, touring regional America with a children’s theatre company and performing as a singing telegram. One weekend a friend loaned Sorkin an old semi-automatic typewriter and, with nothing else to do on the Friday night (ironically, given later events, his television was broken) he started typing out some dialogue. The writing bug hit him hard: as he would later admit, ‘I completely fell in love with the sound of my own voice.’ (2)

In 1984 his first play Removing All Doubt was staged at Syracuse University and directed by one of his former lecturers, Arthur Storch. A second play, Hidden in this Picture, debuted off-Broadway at Steve Olsen’s West Bank Café Downstairs Theatre Bar in 1988. It was later expanded into a full-length work, Making Movies.

Later in 1988 Sorkin successfully sold the rights to his third play, A Few Good Men, to Broadway producer David Brown. The idea for A Few Good Men came from conversations with Aaron’s sister Deborah, who had recently signed on for a three-year term with the Navy Judge Advocate General’s Corps. Deborah was en route to the US naval base at Guantanamo Bay to defend a group of marines whose hazing of a fellow soldier – ordered by their superior officer – had almost resulted in a homicide. While working as a bartender at Broadway’s Palace Theatre, Sorkin adapted the real-life events into an all-new story. He wrote the dialogue out each night on cocktail napkins, stuffing them into his pockets and typing them out properly when he got home.

It took two years for Sorkin to complete the script, rewriting it completely more than twenty times before he reached a draft that he was completely satisfied with. The draft so impressed producer David Brown that he purchased not only the theatrical but also the motion picture rights at the same time. The play premiered in late 1989 at the Music Box Theatre, and ran for 497 performances. While the play’s original cast included Tom Hulce (Amadeus), Megan Gallagher and Stephen Lang (Avatar), replacement actors during the show’s run included 30something star Timothy Busfield, Bradley Whitford and Joshua Malina – all three of whom would later star in Sorkin’s television dramas.

A Few Good Men rapidly became a critical and commercial smash. Taking advantage of its success, David Brown immediately negotiated with Castle Rock Entertainment to produce the motion picture adaptation. Founded by director Rob Reiner, Castle Rock had rapidly established itself as a producer of high quality drama. Reiner himself signed on to direct the film, and agreed to give Aaron Sorkin the first option on adapting his own playscript.

While working on the A Few Good Men screenplay, Sorkin received advice and support from Castle Rock stalwart William Goldman. Goldman was – and is – something of a legend in Hollywood, whose previous scripts included the films Misery, All the President’s Men, The Princess Bride and Butch Cassidy and the Sundance Kid. It was Goldman who instructed Sorkin on how to format a Hollywood screenplay: how to pace it and give it structure, what aspects of the action should be described and what parts should be left out. Goldman also helped Sorkin develop an all-new story concept for a feature film named Malice. That screenplay received additional rewrites by Jonas McCord and Scott Frank while Sorkin continued to work on A Few Good Men.

Rob Reiner attracted an A-list cast to appear in A Few Good Men, including Tom Cruise in the lead role of Lt. Daniel Kaffee, Demi Moore as Lt. Cmdr. Joanne Galloway, Kevin Pollak as Lt. Sam Weinberg and Jack Nicholson as the intimidating Col. Nathan Jessup. The supporting cast included actors such as Kiefer Sutherland, Kevin Bacon, J.T. Walsh and Noah Wyle. Of the original play’s theatrical cast, only Joshua Malina made the transition to the movie.

During the film’s shoot Reiner found it difficult to make Sorkin’s wordy dialogue seem engaging on the screen. He settled on having the characters move at the same time – walking down corridors, passageways, and even streets. While it didn’t serve a specific narrative purpose, the movement at least made the film feel like it was more active. This “walk and talk” technique – co-opted by director Thomas Schlamme – has become a signature feature of Aaron Sorkin’s TV productions, and can be seen in pretty much any episode of Sports Night, The West Wing or Studio 60 on the Sunset Strip.

A Few Good Men was released in cinemas in December 1992. The following year it was nominated for four Academy Awards: Best Picture, Best Actor in a Supporting Role (Jack Nicholson), Best Sound and Best Film Editing. Curiously, for a film nominated for Best Picture, A Few Good Men was not nominated for either Best Screenplay or Best Director – an oversight noted on the night by ceremony host Billy Crystal. The film was extremely popular with audiences, grossing over US$243 million dollars worldwide and making Nicholson’s climactic shout of ‘You can’t handle the truth!’ one of popular cinema’s most iconic lines of dialogue.