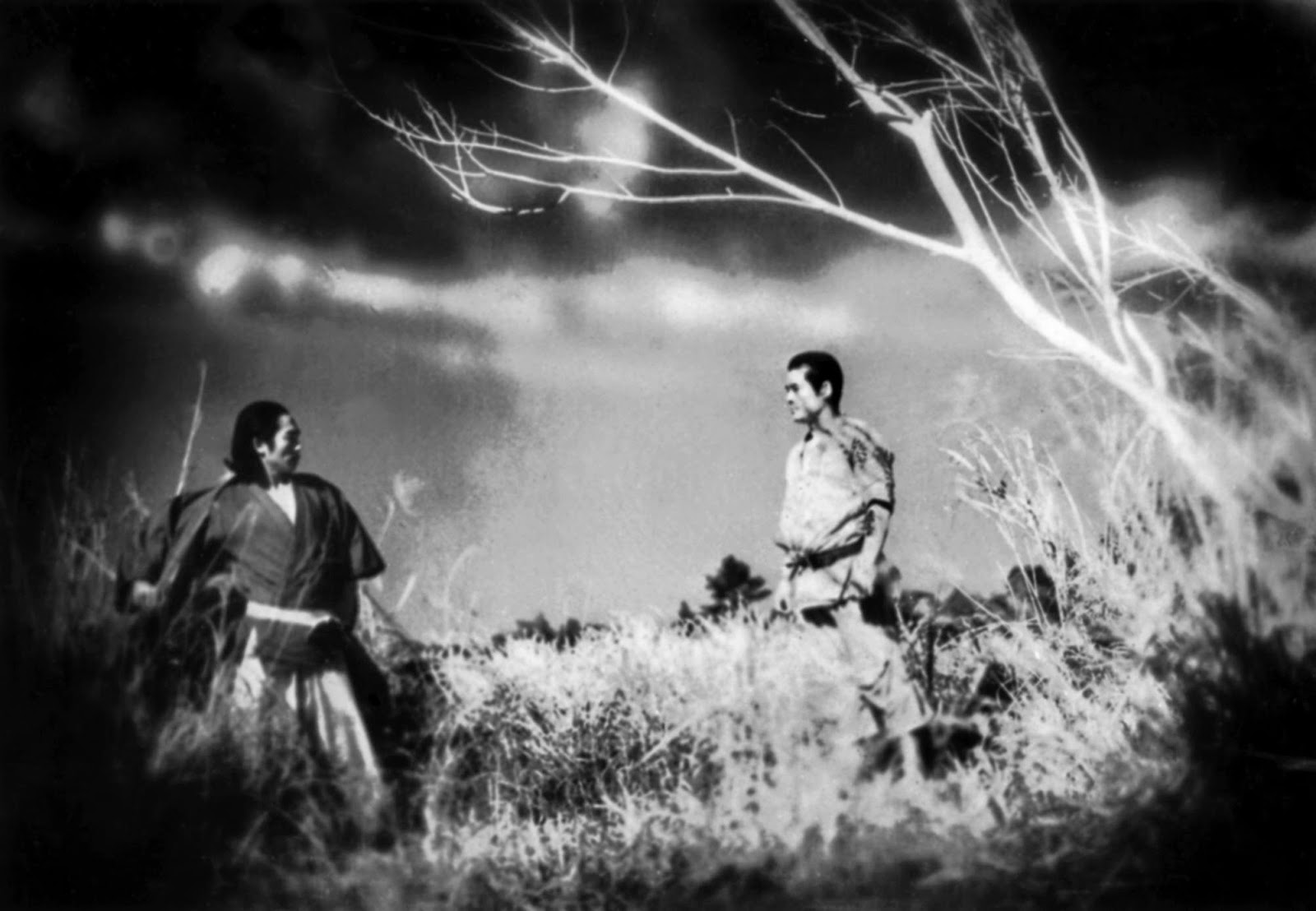 In the mid-1950s Japanese film finally started to get international recognition, largely through the films of Akira Kurosawa. His films struck a chord with international festival audiences, and he soon become the most famous Japanese director in the world - although, perhaps surprisingly, he was never quite as enthusiastically embraced within his own country.

Films like Seven Samurai, Yojimbo and Rashomon remain immensely popular to this day, however Kurosawa did direct another 27 films - many of which I haven't seen. I figured it was time to redress that imbalance, beginning with his 1943 directorial debut Sanshiro Sugata. The film is an adaptation of the Tsuneo Tomita novel, in which a brash young man named Sanshiro travels to Tokyo in order to learn jujitsu - but winds up learning the new martial art of judo instead.

Prior to directing Sanshiro Sugata Kurosawa had been working for Toho Studios as an assistant director, apprenticing under older, more experienced directors. When the offer was made for him to graduate to directing in his own right, it was Kurosawa who personally selected Tomita's novel and suggested Toho purchase the film rights. The novel appeared to contain the right elements to pass by Japan's war-time censors: it was upbeat and positive, seemed reasonably patriotic, and lacked anything that would get the film banned or excessively edited. In the end Kurosawa may have been slightly off the mark: one year after its initial release Sanshiro Sugata was aggressively edited by the censors, with 17 minutes of footage removed. That footage has never been recovered: the only version available today is the 79-minute 1952 cut, which is prefaced by a statement noting the absence of some scenes.

It is a remarkably American film in style: it is cut at a brisk pace, unlike its contemporaries, and Kurosawa directs a surprisingly fluid and mobile camera. There's a lot of movement here in both the shots and the characters, and this contrasts against the more meditative, still aesthetic favoured by, say, Ozu or Mizoguchi. I suspect it's this American style that made Kurosawa so popular overseas, yet also generated the somewhat ambivalent response he often received at home. He may be telling a Japanese story, but he is certainly not telling it in a Japanese style.

Susumu Fujita plays Sanshiro with a sort of wide-eyed naivety. He's brash, headstrong and doesn't seem to know his own strength. In one early judo match he throws an opponent - an unlikeable, aggressive character - so hard that the man dies. Sanshiro is an odd combination of brute force and a sort of gentleness. He agrees to fight a middle-aged jujitsu fighter (a very appealing Takashi Shimura), and then agonises over participating in the fight once he meets the man's beautiful daughter.

Ryunosuke Tsukigata plays Gennosuke Higaki, the villain of the piece. He doesn't simply want the chance to fight against the talented Sanshiro in the ring, he wants to fight him to the death. That fight does come in an exceptionally shot climax on a grassy hill. Fierce winds whip the grass into a frenzy, making the entire environment reflect the vicious nature of the fight. It's the best scene of the film, and points to a tremendous director beginning to flex his talent. Higaki notably wears western clothing - a suit and a top hat - to bluntly present him as a villain to the anti-American audience.

This is a relatively simplistic and slightly ordinary film, all things considered, with occasional flashes of brilliance. You can see the Kurosawa with whom mainstream audiences are familiar peeking through the cracks, learning his craft and developing the confidence that will make him one of the all-time greats.

This film is available as part of a four-disc Criterion DVD set, containing Kurosawa's first four feature films. It's handsomely packaged, beautifully restored and is strongly recommended.
Posted by Grant at 10:37 PM