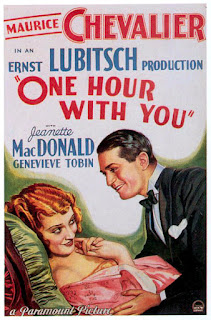 A very quick history lesson on Hollywood history. In the 1920s groups of morally concerned Americans started to lobby California's film studios to rein in sex and violence in their motion pictures. By 1929 Martin Quigley and Father Daniel A. Lord developed a code, outlining specific materials that should not be represented on screen as well as areas where filmmakers should pay close attention to how they were represented. For another five years this code was effectively ignored by most filmmakers and studios, until in 1934 the Production Code Administration was established. Any film without a certificate of approval from the PCA was not permitted to be exhibited in public. The enforcement of the Motion Picture Production Code (or "Hays Code" as it became known) led to a conservative shift in Hollywood film. No nudity, no swearing, no drugs, no depictions of or references to homosexuality, no ridicule of clergy, no mixed-race romance, and no depictions of white slavery (the depiction of enslaved people of colour remained fine). The Hays Code remained in effect in Hollywood well into the 1950s.

The fact is that most movie-goers will not have seen many pre-Code films - if any at all. As a result it can be quite a shock to the system to see one. We see something in black and white with scratchy sound and old-fashioned acting, and we expect to see something rather chaste and mannered. I recently sampled one: Ernst Lubitsch and George Cukor's One Hour with You, starring Maurice Chevalier. It's a musical comedy about cheating on one's wife, packed with infidelity, women lounging around in lingerie, constant references to sex, and very little in the way of enforced conservative morality.

Andre Bertier (Maurice Chevalier) is a flirtatious Parisian doctor married to a passionately loving wife Colette (Jeanette MacDonald). Their passion for one another is insatiable. It includes sneaking into public parks to canoodle at night, and singing a musical number about how great it is to have sex with wild abandon without anybody judging your behaviour because you're married. Then Andre is introduced to Colette's best friend Mitzi (Genevieve Tobin): an aggressive and manipulative nymphomaniac with her eyes fixed on Andre.

There's a good side to One Hour with You, and there's also a bad side. The good side is that it's an effervescent, lightly played comedy. The cast - Chevalier and MacDonald in particular - express a delightful comic sense and possess impeccable timing. Many of the jokes are laugh-out-loud funny. It's fascinating watching an American film this old with such an edge to its humour.

The film's songs are not particularly memorable or accomplished - although they are well performed and funny. Oddly the most generic song of the bunch is the title number, performed at a dinner party by Donald Novis and the Coconut Orchestra.

Then there's the film's bad side. Put simply: the film presents a fairly odious unfaithful protagonist in Andre, and then aggressively eggs the audience on to side with him. It's not his fault that he's cheating on his wife: Mitzi is too sexually attractive, too tempting, too easily available. In direct addresses to the audience and in song Chevalier actively encourages his audience to agree with him. 'Wouldn't you?' he asks the camera - and there's the problem: we wouldn't. Chevalier can croon and flirt at the camera to his heart's delight, but he's still playing an appalling character. For all the talent and effort put into selling the story, it ultimately doesn't wash.

One Hour with You was quite a rushed and troubled production. George Cukor was originally signed to direct it, Chevalier was unhappy, Lubitsch jumped in to bring the film over the line and took the directorial credit with him. Legal action saw George Cukor credited in an assisting role, but film historians seem to remain slightly unclear on exactly whose film it really was.

There are genuine laughs in this film, and there are great performances - MacDonald in particular is a delight - but it also leaves a bitter taste in the mouth. One part of the film seems to spoil the other.
Posted by Grant at 8:54 PM