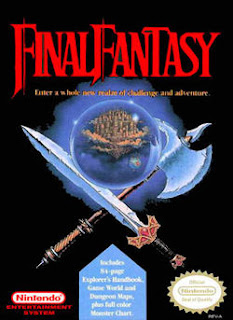 Square was a Japanese videogame developer launched in 1984 with the PC-8801 game The Death Trap. Within three years, despite having developed and released 23 games for the PC-8801 and Famicom, Square teetered on the edge of bankruptcy. Acknowledging that the company was about to fold, producer Hironobu Sakaguchi named the 24th and presumably last game Final Fantasy. It was a role-playing game, with the player controlling a medieval hero using a variety of menu-based systems. Nobody at Square had much faith in the game beyond Sakaguchi. When it become a massive hit, scoring rave reviews and selling 400,000 copies on the Famicom, it came as an enormous surprise - except maybe for Sakaguchi.

Since 1987 there have been 14 Final Fantasy titles, with a 15th due in 2016. Additionally there have been about 80 compilations, re-releases, spin-offs and tie-ins. The franchise has sold more than 110 million copies worldwide. In 2001 there was even a big-budget Hollywood film, titled Final Fantasy: The Spirits Within. Of course all of those games have to begin somewhere. 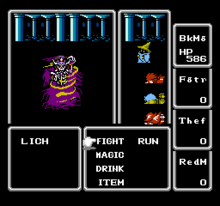 Final Fantasy seemed to present such an extraordinary change of style and pace for a fantasy videogame. There was a massive world to explore, with dungeons and towns. Players could level up their characters, becoming progressively more powerful as the game went on. They could modify their characters with increasingly useful and effective equipment and weapons. Combat scenes abandoned arcade-style action and instead worked using a series of interactive menus. Winning or losing had nothing to do with fast reflexes: it was the ability to strategise that saw the player through to the end of the game.

Final Fantasy wasn't the first console title to use this style of gameplay - for one thing Enix's Dragon Quest pre-dates it by a year. Where the game truly excels is the manner in which that gameplay is blended with striking design work and strong music as well as a properly thought-out storyline. It was emotionally engaging in a way many 1980s videogames never managed to be, and it's that strong sense of emotional engagement that has seen the franchise through over the ensuing years. This is not just a classic game: it's a piece of videogaming history.
Posted by Grant at 7:50 AM