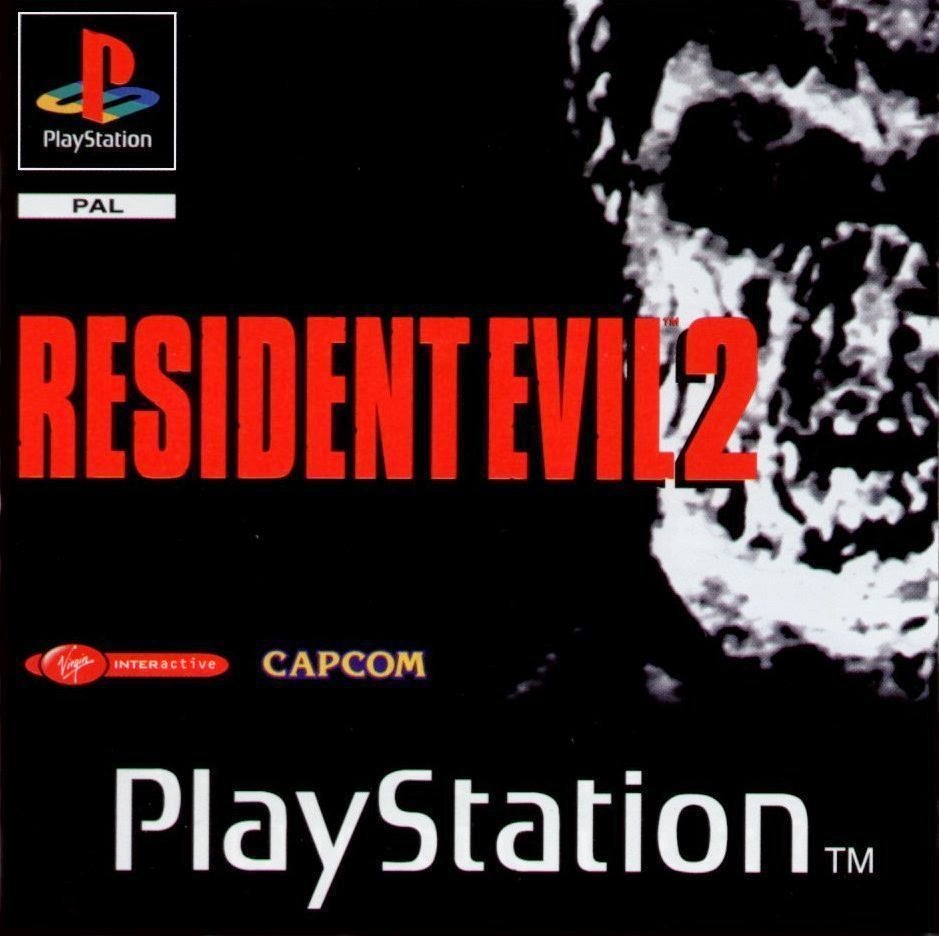 Resident Evil (Biohazard in Japan) was one of the franchises that seemed to really make the PlayStation: Capcom's George A. Romero-inspired pastiche created the most effective horror games to date, and sold consoles by the bucketload. Now I personally found the original Resident Evil to be a fairly awful game: it was crippled by one of the worst control mechanisms I had seen and had some very silly live-action video sequences. Its 1998 sequel, however, is a different story.

Resident Evil 2 takes place two months after the events of the original game: a zombie outbreak has decimated the American metropolis of Raccoon City, and two survivors are left to find their way out to safety. The control mechanism remained clunky and frustrating, but the story was much better and the graphics considerably more effective. The original game seemed rather tacky, but the sequel managed to be genuinely tense. It was the first videogame that I actually found to be a bit scary, in that startling sort of way where things jump out when you're not expecting it.

One of the better innovations of Resident Evil 2 was the "zapping" system. The player could select his or her character between protagonists Leon Kennedy and Clare Redfield, finish the game and then jump back and replay it from the perspective of the other character. It added a well-received element of replayability.

Resident Evil 2 was far and away the most successful iteration of the franchise, which has gone on to encompass numerous sequels and spin-offs as well as a very popular Hollywood film franchise. The game was ported to numerous other platforms as well, including the Sega Dreamcast and the Nintendo 64.
Posted by Grant at 10:58 PM