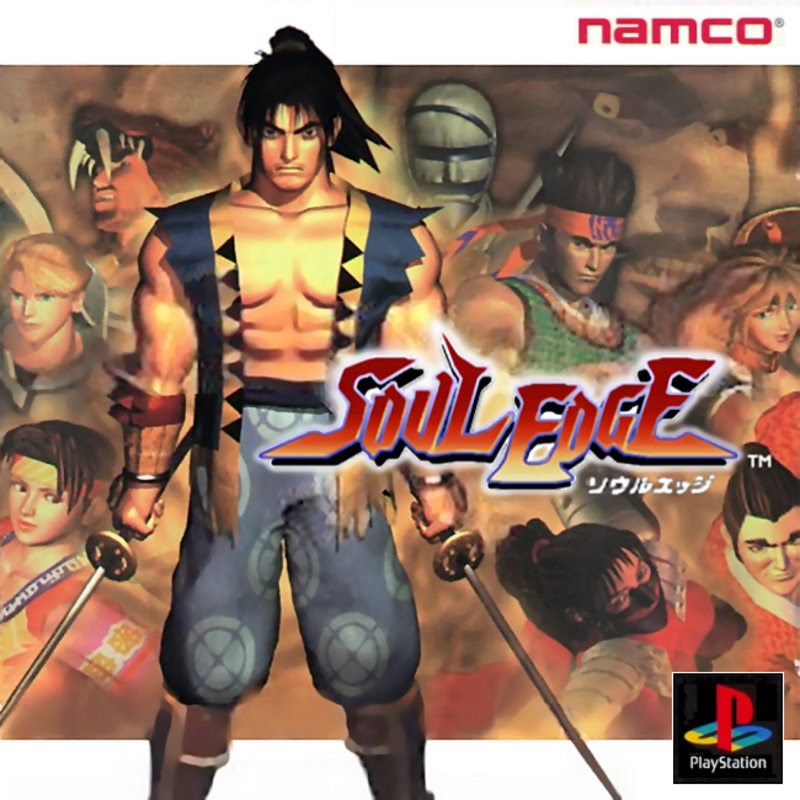 Soul Edge if you're in Japan, Soul Blade if you're in English language territories. Either way, this was a tremendously addictive and enjoyable fighting game that had me sitting in front of the television, PSX controller in hand, for months on end.

Namco's sword-wielding brawler originated in arcades, but by the end of 1995 it had been transported to the PlayStation in an expanded and considerably improved form, so much so that I'd argue it's the home console version and not the arcade original that's the definitive version. While weapon-based fighting games had been made before (the Samurai Shodown franchise being an obvious example), Soul Edge was the first game of its type among the PSX generation polygon-based titles. It took an awful lot from Namco's Tekken games, but managed to introduce enough fresh ideas and game mechanics to feel very much like its own game.

Most of all, I loved the characters. They were a disparate bunch, and something I always noticed was that a lot more of the characters seemed popular than in other fighting games. Most fighters have maybe two or three key characters than 90% of players use; Soul Edge seemed much more balanced. You could play as any character available and still enjoy yourself - except maybe as Voldo, who was pretty much the weirdest playable character in a fighter to date.

Pretty much all of the other things you'd look for in a fighting game are in Soul Edge. The characters are varied but balanced. Combos and special attacks are easy to learn but difficult to master. The graphics are crisp and clear, and the design is exceptional. The collision detection is spot-on as well, which is good: sloppiness in this area is the kiss of death for a fighting game.

Namco followed Soul Edge with a superior sequel, Soul Calibur, in 1998. Once again the definitive version was on a home console - in this case the unfairly maligned Sega Dreamcast. I got addicted all over again, and still drag that game out more than 15 years later. Other sequels have continued over the years, but to be honest they largely feel like glossier iterations of the original game with better graphics but fairly similar gameplay. After all, why break what's not broken?
Posted by Grant at 5:22 PM