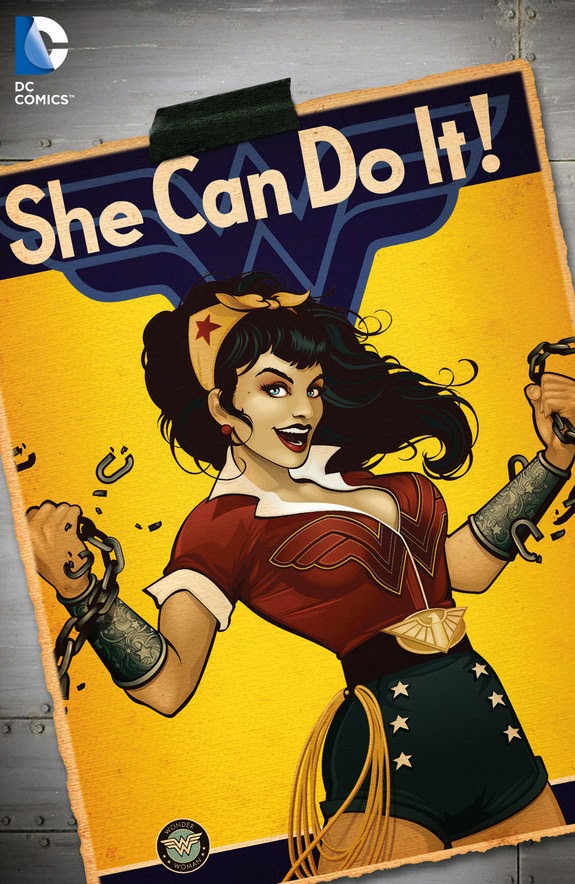 Sales figures for Diamond Distribution are out for June 2014, so it seemed an opportune time to see how DC's New 52 superhero books are faring mid-year.

June saw a lot of books come with 'bombshell' alternative covers, depicting various DC superheroines and sidekicks in sexy poses like old-school 1940s and 1950s glamour illustrations. I found the whole exercise more than a little skeezy to be honest, but that didn't stop a lot of books enjoying a massive sales bump for the month. Aquaman jumped 12,000 copies, The Flash more than 13,000, and so on. Batman got a 23,000 unit sales spike. This wasn't pocket change for DC: I suspect the success of this set of covers is going to lead to more and more alternative cover gimmicks every month until the market tires of it.

DC Comics released a brand-new monthly in June: Infinity Man and the Forever People, another adaptation of old Jack Kirby characters by Dan Didio and Keith Giffen. It shipped an estimated 24,907 copies through Diamond Distribution - that's the lowest launch of a DC monthly in the history of the New 52, beating previous record holder Sword of Sorcery by about 2,000 copies. Sword of Sorcery lasted eight issues. I'd expect something similar from this. As I've noted in my Pull List reviews, it's not a bad comic by any stretch but certainly not good enough to sustain itself beyond its first year.

There have been a bunch of other new titles within the last six months or so. How are they faring?
So, as of June 2014, which titles are on the cancellation death-watch? Basically titles selling less than 30,000 units are ranked orange (dangerous ground), those selling less than 20,000 are ranked red (cancellation approaching), and those selling less than 10,000 are ranked black (dead book walking). Titles highlighted in bold are already cancelled - final issues ship in August. A few titles that would have been ranked orange are already being launched (Teen Titans and Suicide Squad) so I haven't listed them.