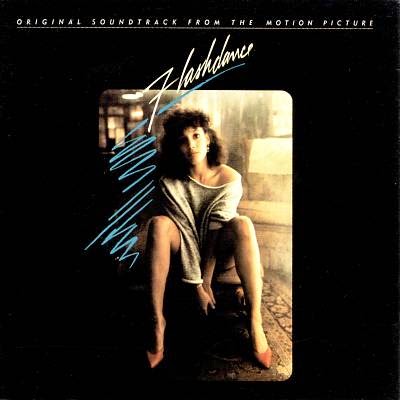 It was producers Jerry Bruckheimer and Don Simpson who wised up to the commercial possibilities of the pop music tie-in soundtrack to movies. While movie soundtracks obviously long pre-dated them, they were pretty much the first to specifically produce and tailor a various artists album of songs to coincide with the release of - and help promote - their movie. They did it with great success to Flashdance, Beverly Hills Cop and a string of others. This trend really exploded into the 1990s, when pretty much every Hollywood feature seemed to have its own soundtrack album in tandem with a more traditional recording of the orchestral score.

When it comes to the soundtrack album, often half of the songs don't even make it into the movie. Maybe they're "inspired" by the film, but more often than not a bunch of disparate pop hits are thrown together and the movie's poster slapped on the front of the CD. Some are good, some are bad. This leads to a special situation I've often noticed: really quite awful movies that get blessed with an absolutely stunning soundtrack album. It's like a silver lining on a cloud of excrement. Here are my personal favourites. 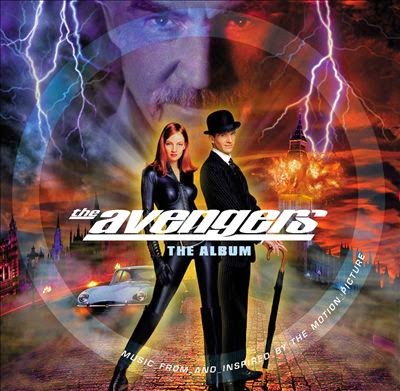 The Avengers
The Film: A bloated and abortive 1998 remake of a classic 1960s television series. The Avengers was crippled by a director who didn't understand the tone of the script and a studio that didn't really understand why they were dropping $80m on a self-aware, arch British espionage caper with villains in teddy bear suits.
The Soundtrack: A host of contemporary pop artists and bands - Ashstar Command, Baby Bird, Grace Jones, Suggs, Sinead O'Connor - provide original songs based around themes of evil twins and weather manipulation. Marius de Vries remixes the original TV series theme to perfection. Most of the songs never make it into the film. Those that do are squeezed one after another in a desperate closing credits medley. 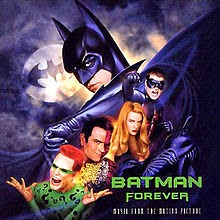 Batman Forever
The Film: An incoherent and unfocused disaster, trapped between the pop goth imaginings of Tim Burton and Joel Schumacher's more consistent neon parody in the sequel. A key example of what happens when a movie studio dictates the content of a film over the creatives actually making the damn thing.
The Soundtrack: And yet, throughout this misfire there's a very enjoyable line of mid-90s pop music. It managed to pull a great song out of U2 right before their pomposity finally exceeded their talents, as well as throw in tracks by Seal, the Flaming Lips, P.J Harvey, Nick Cave, Massive Attack and others. Not all of the album is great, but the bits that stand out really stand out. The Batman & Robin soundtrack does pretty much the same job, swapping U2 for the Smashing Pumpkins. 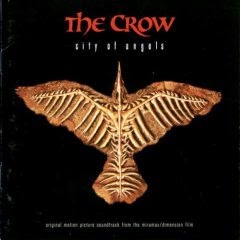 The Crow: City of Angels
The Film: Alex Proyas' The Crow is a decent B-movie with a huge cult following, and came with a brilliant collection of goth and rock songs. The Crow: City of Angels was a dreadful creative misfire, and pretty much the most unnecessary sequel since Highlander 2. It did, however, still come with a great soundtrack album of alternative hits.
The Soundtrack: Hole do a great cover of Fleetwood Mac's "Gold Dust Woman". White Zombie cover KC and the Sunshine Band's "I'm Your Boogie Man". Bush cover Joy Division's "In a Lonely Place". It's kind of fitting, on the soundtrack to a film that excessively copies the original, that the soundtrack is positively littered with cover versions. The soundtrack to a third Crow film, The Crow: Salvation, is pretty well stocked with popular alternative music too. 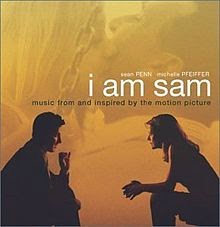 I Am Sam
The Film: Sean Penn is a mentally challenged adult trying to connect with his young daughter, in a film that I swear only exists for the producers to try and get Academy Award nominations. It feels like Oscar-bait of the most tedious kind.
The Soundtrack: On the other hand, the soundtrack contains a whole pile of genuinely great covers of Beatles classics, including Eddie Vedder doing "You've Got to Hide Your Love Away" and Nick Cave singing "Let It Be". It almost works like an apology: 'Yes, sorry about the film, but look: here's a bunch of cool Beatles songs performed in interesting acoustic ways." The original plan was to feature actual Beatles recordings, but when that proved too difficult this was the back-up plan - perversely a better idea than the original one. 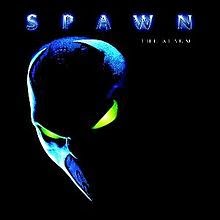 Spawn
The Film: The live-action adaptation of the Todd McFarlane comic is so egregiously awful that I'm surprised anybody who worked on it ever worked again. Martin Sheen must wake up at night in cold sweats remembering that he actually co-starred in this thing. He needed the money, I'm sure, and seven years of subsequent career-defining work in The West Wing almost erased the memory of this steaming pile. Almost.
The Soundtrack: This is a jaw-dropping work of musical genius, in which heavy rock bands are paired up with electronic musicians and DJs, so you get Filter teaming up with Crystal Method, Marilyn Manson with the Sneaker Pimps, Butthole Surfers and Moby, and so on. If there's a CD on this list that would most recommend for your collection, it's probably this one. The same producers achieved similar success a few years earlier with Judgment Night, where they paired metal with hip hop. 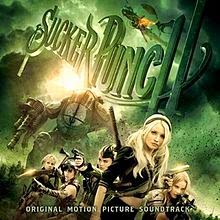 Suckerpunch
The Film: A crass sleazy-eyed exploitation flick masquerading as female empowerment. A lazy plot coupon-based narrative roughly papered over with excessive CGI visuals. About 30 different science fiction and fantasy ideas thrown into one prolonged dream sequence that ultimately doesn't really matter to its characters. This film is deeply awful.
The Soundtrack: A series of outstanding remixes and cover versions. Star Emily Browing turns out to be a surprisingly good singer: I really like her versions of the Eurythmics' "Sweet Dreams", as well as her and Yoav's version of "Where is my Mind". The mash-up of Bjork and Skunk Anansie is pretty damned fun as well. Like The Avengers, this album was produced by Marius de Vries, who appears to be some kind of good-soundtrack-but-bad-movie mascot. The Twilight Saga: New Moon
The Film: Sparkly vampire leaves mopey teenage girl. As far as I can make out, she pretty much then sits in a chair and quietly sobs for a couple of months.
The Soundtrack: For some reason though, this stalkery romance for teenage girls received an absolutely brilliant collection of musical acts for its soundtrack. Death Cab for Cutie, Thom Yorke, The Killers, Black Rebel Motorcycle Club, Muse, Lupe Fiasco - it's a bizarrely respectable line-up for such a dreadfully twee film. What's more, it turns out that the soundtracks to all of the other Twilight movies feature similarly good line-ups. The sad part is that half of the likely market for these artists wouldn't have glanced at the soundtracks for a second. The happy part is that at least the kids got a musical education while watching their sparkly vampire romance movies.
Posted by Grant at 10:07 PM