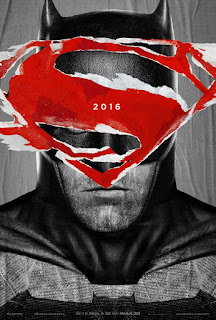 Hollywood's enthusiasm for comic book movies shows no sign of abating in 2016: Marvel Studios, 20th Century Fox and Warner Bros each have two superhero movies this year, while Paramount is rolling the dice on another live-action Teenage Mutant Ninja Turtles.

Every year I do wonder if this is going to be the year when the superhero movie bubble finally pops, and audience stop embracing them with such aggressive zeal. To be honest I suspect Marvel Studios will go perfectly fine with their two productions, and a new X-Men is guaranteed to turn some level of profit. It's the two DC offerings, the Ninja Turtles and Deadpool that I've finding slightly doubtful. Sure Batman v Superman will gross a lot of money, but I suspect it also cost a hell of a lot to make. Here's my take on the seven superhero flicks coming up in 2016.

Superman is great. He's a wonderful uplifting old-fashion superhero who is an absolute monster to write good stories about, but retains such a huge iconic presence and storytelling potential. Batman is also great, and has demonstrated a real flair to be adapted into live-action cinema - this is his ninth live-action feature to date. It's rather sad, then, that the odds seem high that Batman v Superman - their first movie encounter together - is going to be a pretty bad movie. The evidence is in the film's director, Zack Snyder, who managed the outstanding feat of making Superman unlikeable in Man of Steel and whose previous comic book adaptation Watchmen was a near-perfect instruction manual for how to ruin a classic comic. I have very low expectations for this film, mainly to protect myself from disappointment. I am a DC fan at heart, and  Batman-meet-Superman movie should be on the top of my to-watch list for the year. It's not. It's not even in the top ten. 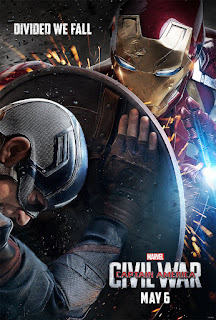 The short analysis is that this is likely going to be a really good movie. The longer analysis is that, while Age of Ultron was an overloaded, complicated mess and the massive sprawling cast of Civil War suggests something similar, the last Captain America movie was an outstanding contemporary action-thriller disguised as a superhero movie. There's no reason to expect the Russos won't produce something similar strong here. The film is working a different storyline to the comic it's based on, which is both no surprise - which Marvel film does? - and also a relief, since the original Civil War comic is terrible and impossible to adapt accurately with the characters they have developed. The only question I really have is whether they can produce a situation that enables Captain America and Iron Man to go head-to-head without making me hate one of them.

20th Century Fox get into the expanded universe business with their first X-Men spin-off since the really unpopular and quite awful X-Men Origins: Wolverine. This time around it's the much-delayed solo Deadpool movie, pretty much ignoring the character's original debut in that awful Wolverine movie but keeping the same actor and attempting to emulate the self-aware, adolescent humour of the original comic book. It's very rarely that the comic version has not irritated the hell out of me, so I am almost certainly not the target market for this movie. Deadpool's fans are understandably excited, and there's always a chance that first-time director Tim Miller produces something really great. Personally I'm not that hopeful.

As I've made clear on what is probably a few too many occasions, I am not a fan of Benedict Cumberbatch. On the other hand I am a fan of his entire supporting cast, which is possibly the strongest such cast a Marvel production has ever had. I am also enormous keen on Doctor Strange, and think the character and his adventures have enormous promise for a film adaptation. Director Scott Derrickson is a solid choice, having directed some strong supernatural horrors like The Exorcism of Emily Rose and Sinister. Even his failures, like his ill-advised The Day the Earth Stood Still remake, are interesting ones. My gut is telling me this going to be a really pleasant surprise, opening up a whole new supernatural horror angle to the Marvel Cinematic Universe. It's the superhero flick to which I'm most looking forward this year. 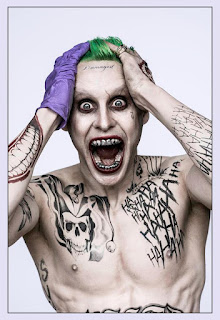 The original Suicide Squad comic book was outstanding. The more recent New 52 edition has been largely awful, and sadly it looks like this film adaptation is taking more cues from the latter than the former. Certainly David Ayer is a good choice of director if you want to emulate the crass, joyless violence of the current comic: his earlier film Sabotage got so violent in places it became a genuinely unpleasant watch. There is, to me, a small chance that Suicide Squad will be an impressive film. A larger part of me is expecting a creative misfire on a colossal scale: too many characters, too bleak a tone, and a really off-putting take on the Joker (played by Jared Leto, and styled in the mould of a Los Angeles gang member). That's before we get to the weird question of why Warner Bros is running with a Suicide Squad movie before they've got to pretty much every major character that DC has published other than Batman and Superman.

Teenage Mutant Ninja Turtles: Out of the Shadows

The last live-action Ninja Turtles movie was pretty horrible, but it was the sort of horrible that showed just enough promise around the edges (okay, the scene in the lift) to make me not completely write off the potential in the sequel. For better or worse, this one is bringing in a lot more material from the comic books and 1980s cartoon, including Bebop and Rocksteady, Casey Jones and Krang. Sure my hopes aren't high, but I do have hope. 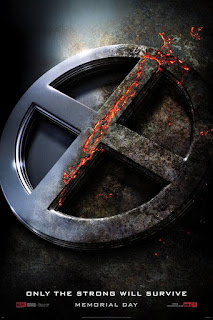 The X-Men fans who have been patiently waiting for characters like Psylocke and Jubilee to finally turn up will probably be like pigs in mud with this new sequel, a follow-up to First Class and Days of Future Past. I have to be honest, the X-Men have been losing my interest gradually since the third one. I don't even bother seeing them in the cinema any more. They're competently made, but always seem to suffer from too many characters and an increasingly nonsensical timeline that has made film-to-film continuity a nightmare for me to understand. I'm sure I will see this one at some point - I've seen all of the others - but I am not rushing.
Posted by Grant at 6:08 PM