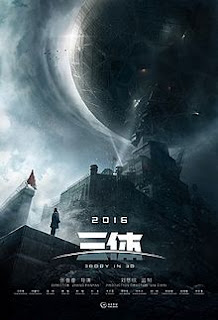 2016 is upon us, and that means a whole new year's worth of feature films coming out. I figured I would have a look ahead and see what is coming and what I am most interested in seeing over the next 12 months. It seemed as good a place as any to begin with Asian cinema. I don't know the release dates for a lot of these films - unlike Hollywood, countries like Hong Kong, China and Japan tend not to set their release dates in stone. At present, however, all of the films mentioned below are supposed to be in cinemas by the end of the year.

Here are the eight films coming out of Hong Kong, China and Japan that have me most excited.

A veritable who's-who of Johnnie To performers reunite for the long-awaited third instalment of his Election trilogy. This is, in effect, the Godfather of Hong Kong movie franchises, boasting outstanding scripts and performances. While time will tell if this third film will match the quality of the first two (released back in 2005 and 2006), past experience of To's immense talents seems to make it pretty likely that it will. 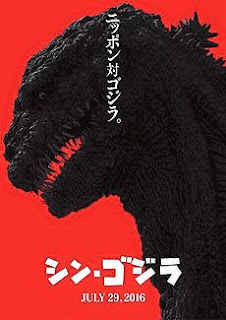 Despite Warner Bros making a pretty successful American relaunch of Godzilla in 2014, Toho Studios have pressed on with their own new take on the legendary giant monster. Resurgence, which is out in late July, unites directors Hideaki Anno (Neon Genesis Evangelion) and Shinji Higuchi (Attack on Titan) and uses the sort of rubber-suit monster 'tokusatsu' production style that made the original Japanese Godzilla films so iconic.

Regular Johnnie To collaborator Law Wing-cheung is back with a new crime thriller this year, starring Nick Cheung as an illegal immigrant caught up in a street war between the Hong Kong police and the local triads. Law has directed some pretty strong films in recent years, notably Punished, and I'm keen to see how his directorial style has developed.

After his slightly disappointing two-part Chinese epic The Crossing, John Woo promises to return to his roots with a Hong Kong-produced action-thriller. The film, which should hopefully hit cinemas late in 2016, adapts the Japanese novel by Juko Nishimura - which was previously adapted as the 1976 Japanese film Across the River of Wrath. It feels well overdue for Woo to return to his roots. He hasn't made once like this since Hard Boiled in 1992. 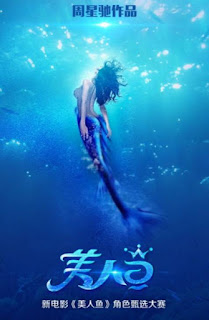 Out in February is Stephen Chow's new comedy, an absurdist film about a man who discovers a real-life, living mermaid. Chow's films are pretty much the best Chinese-language comedies you can find, including The God of Cookery, Shaolin Soccer, Kung Fu Hustle and Journey to the West, and it seems likely The Mermaid will be another knockout.

Japan's super-talented genre chameleon Takashi Miike tackles yet another manga adaptation with Terra Formars. Based on the original work by Yu Sasuga and Kenichi Tachibana, it follows a human colonisation mission to Mars, where the crew discover a species of giant intelligent cockroaches already living there. It's due in Japanese cinemas in April.

Before he gets to Election 3 Johnnie To will have another crime drama out, Three (potentially Three for the Road). The film follows a crime boss who, realising he's about to get arrested in a police sting, shoots himself so that he is taken to hospital instead of prison and his gang will have a chance to rescue him. This is the sort of tense thriller To at which To excels, and it's likely to make a strong festival showing around the world prior to its Hong Kong release mid-year. 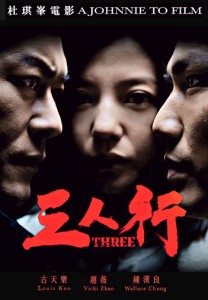 Cixin Liu's science fiction novel of the same name won the Hugo Award in 2015, and now it is receiving a big-budget live-action adaptation from director Panpan Zhang and produced by Cixin Liu himself. Details about the film remain scarce, but it's due in cinemas in China this July with an international release to follow.

Sion Sono went into creative over-drive in 2015, directing five features films. He was so prolific, in fact, that this fifth film needed to be put back to 2016 to give his other works some room. The film follows a robot delivery woman as she flies a spaceship around the galaxy. In a slightly provocative move the film's alien landscapes were all shot on location in Fukushima, the Japanese prefecture worst-hit by the 2011 earthquake and tsunami.
Posted by Grant at 7:27 AM