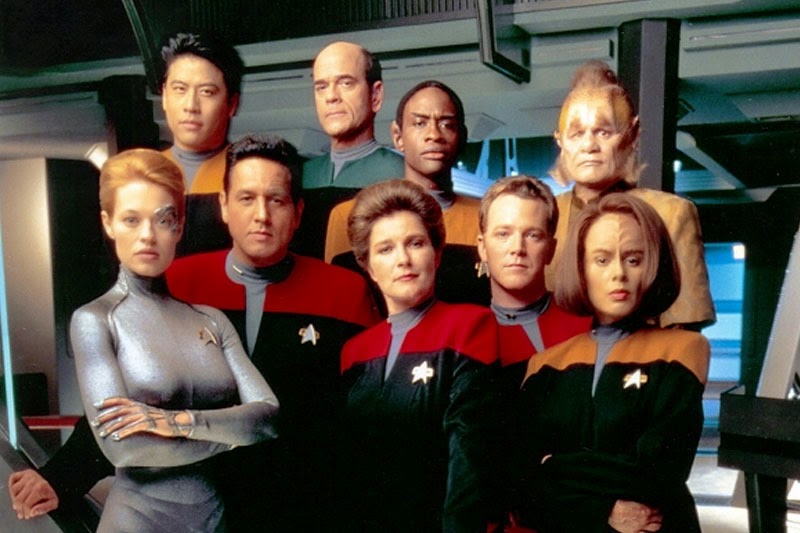 Welcome to Nostalgia Time, this blog's ongoing experiment in celebrating more pop culture anniversaries than any other website on the Internet. Today it's the 20th anniversary of two very well known TV shows: Star Trek: Voyager and Hercules: The Legendary Journeys.

Star Trek: Voyager premiered on the all-new (now defunct) United Paramount Network on 16 January 1995. It was the flagship series for the new broadcaster, and while the syndicated series Star Trek: Deep Space Nine was still on the air (and halfway through its third season) it was Voyager that Paramount treated as the proper successor to its monster hit Star Trek: The Next Generation. To be honest, it seemed a more appropriate successor than DS9 anyway: bright where DS9 was moody, and optimistic where DS9 was cynical. It even used The Next Generation's sets, subtly re-built to look a bit fresher and more contemporary.

In practice the series was pretty uneven, with characters and elements that worked well and others that did not. To my mind one of the series' greatest strengths was its captain, Kathryn Janeway - played exceptionally well by Kate Mulgrew. When you're the fourth star of a Star Trek series it's difficult to find a way to chart your own course, and I think both Mulgrew and the writers managed that and made Janeway a subtlely distinctive and appealing character. Some of the other regular cast did not fare so well. Personally I found myself struggling to warm to the likes of Tuvok or Neelix. 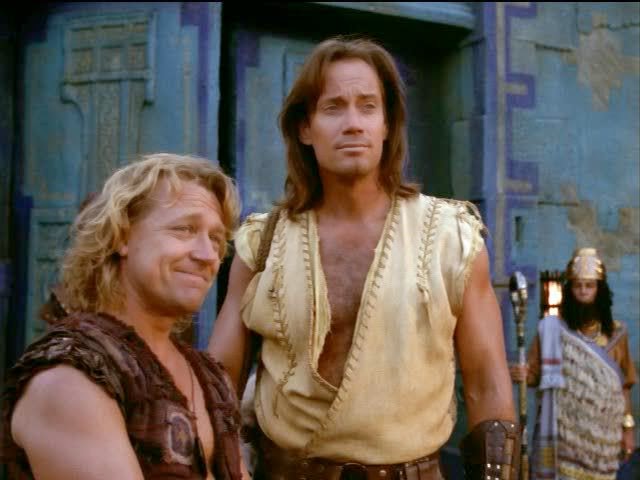 Premiering on the same night, in this case in syndication, was the fantasy series Hercules: The Legendary Journeys. It had already been preceded by five made-for-television films, but 16 January 1995 saw it premiere as a weekly television series. It also inspired a spin-off within its first year: Xena Warrior Princess. While Xena would ultimately become the more popular of the two series, Hercules still ran for an impressive six seasons. Later seasons were truncated and compromised somewhat by the health of its star, Kevin Sorbo, who suffered an aneurysm in his shoulder following the fourth season that resulted in several minor strokes.

Proof of Hercules' effect on American television was the number of imitators that were rapidly commissioned to cash in on its blend of light-hearted humour and action-oriented fantasy. Some, like Roar (1997), were reasonably good. Others, like The Adventures of Sinbad (1996) or The New Adventures of Robin Hood (1997), were relatively dire.

I think Hercules is a pretty underrated series, that tended to fly under the radar in its later years once audiences grew more interested in Xena Warrior Princess. Kevin Sorbo was a strong, charismatic lead, and supporting actor Michael Hurst added a huge amount of entertainment value as his sidekick Iaolus.

For both series, happy 20th anniversary.
Posted by Grant at 9:42 PM