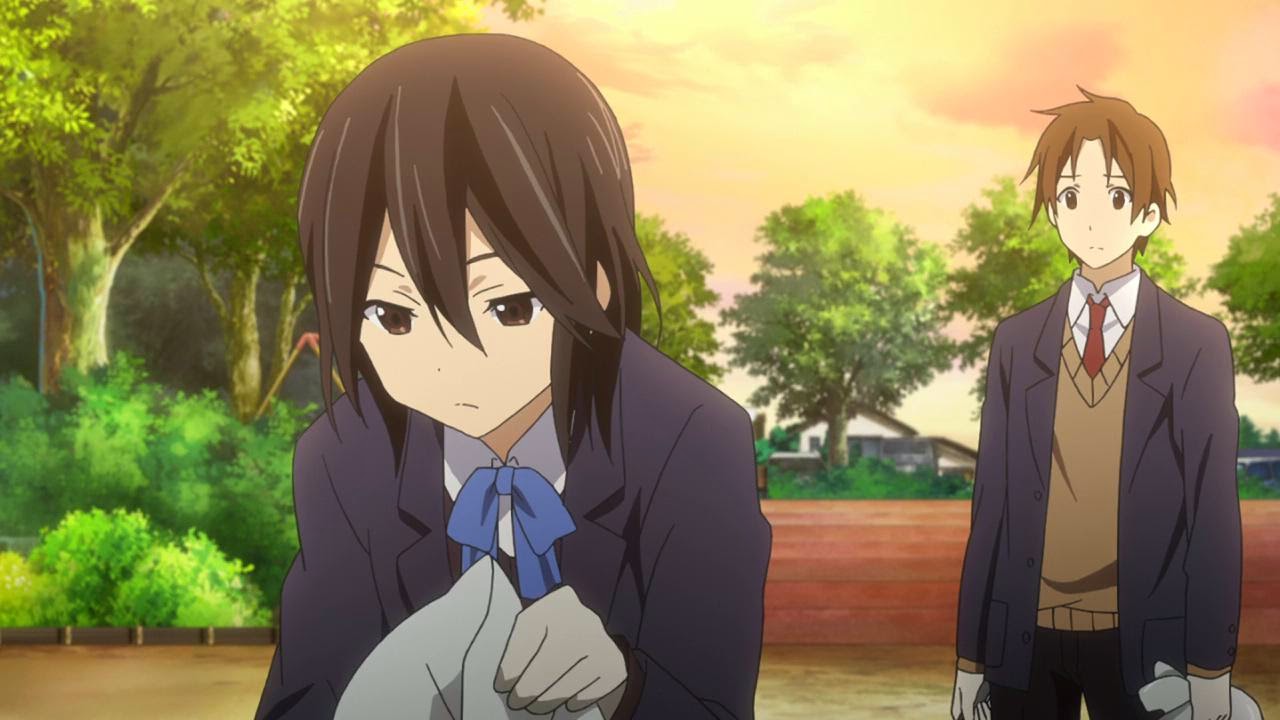 Five high schoolers continue to randomly swap bodies with one another, leading to growing concern about the long-term implications. Taichi learns that Yui suffers from a phobia of men, and after swapping bodies with her one night Taichi learns that Yui was almost raped in middle school - and her belief that she could not fight back against an attacker if it happened again is dominating her life.

What a strange roller coaster ride this anime is turning out to be. I hated the first episode intensely, as it succumbed to every obvious bad idea you could have about a show where the characters are swapping bodies with one another. Then I rather enjoyed the second episode, which took a step back and actually examined the ramifications that such body-swapping would bring. Now with episode 3 I'm finding myself caught somewhere in the middle. On the one hand there are some nice moments of humour and character. On the other hand there's this ham-fisted attempt to use sexual assault as a casual plot point.

I've become very wary of stories - it doesn't really matter what medium or genre - that rely on sexual assault as an impetus for character development. It's not that I think it's an unsuitable element on which to base a story - obviously there is great dramatic potential and social commentary possible - but it's a tightrope, and something all writers should treat with the upmost sensitivity and seriousness. Kokoro Connect certainly treats it seriously to an extent, but it does go charging into the scene without any sense of subtlety or intelligence. It also ends the scene with slapstick comedy, which almost works - but not quite. In a situation like this, not quite working can be catastrophic.

I think this is ultimately going to be Kokoro Connect's downfall: it has an interesting enough premise, and it seems to want to tell a serious relationship drama with it. Its problem comes entirely in the execution. In some aspects it simply doesn't have enough complexity and realism to work. In other aspects it can't help but make a joke out of things, or throw in a seedy sexual interaction, and then throws in a blunt conversation about sexual assault to top everything off.

This episode, while nowhere near as irritating to watch as the first, remains deeply problematic and not altogether successful. It leaves the series with one good episode out of three, and a quality ratio of 33 per cent.
Posted by Grant at 5:24 PM