Broken Blade: "The Time of Awakening" 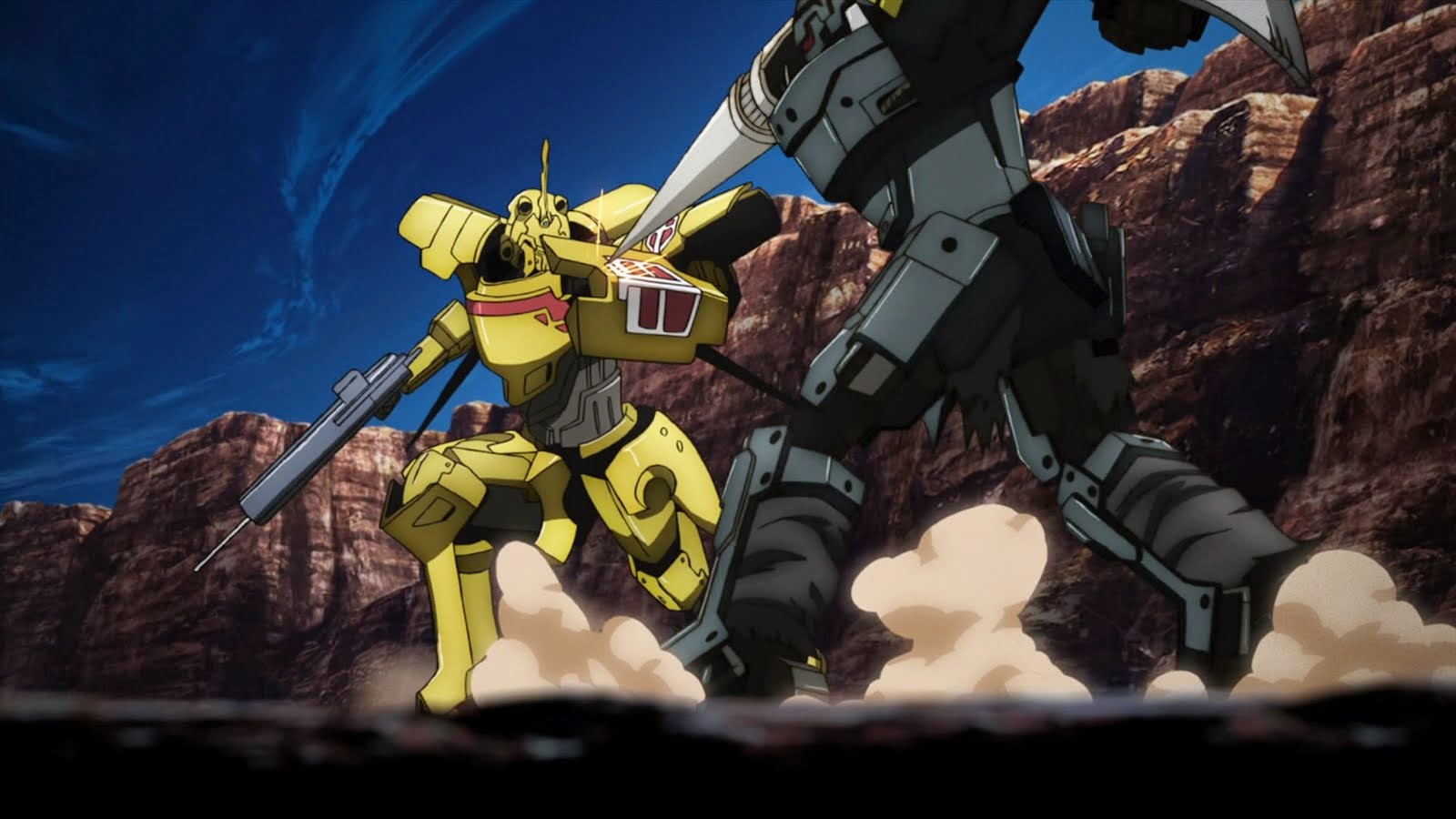 On the continent of Curzon, technology is based on operators using their mental energy to manipulate 'quartz', a sort of magically-imbued type of crystal. When one nation covets the quartz mines of its neighbour, both nations go to war using quartz-powered giant robots named golems. When the kingdom of Krishna looks set to fall to the Athens Commonwealth, a 'un-sorcerer' named Rygart - who cannot manipulate quartz like others - discovers he is the only person capable of piloting a recently uncovered golem that is hundreds of years old.

Broken Blade (also known as Break Blade) is a strange anime. Rather than be released as a television series it was produced as a rapid-fire series of six short feature films that each ran briefly in Japanese cinemas before getting a DVD release shortly afterwards. As a result episode lengths vary, but seem to be around the 45-50 minute mark each. This unusual release schedule seems to have afforded the series a higher animation budget, or maybe more time to produce them. Whatever the reason, the result is that it has a pretty high standard of animation. It blends traditional cel animation with a small amount of CGI to create a story that visually pops off the screen. The giant robot (or 'mecha') battles in this first episode look great, and are extremely well choreographed and animated. Unfortunately that seems to be where its selling points end.

The problems with Broken Blade are twofold, and are interrelated. Firstly there's the general aesthetic of the piece, which is rather generic and dull. There's not a character design that hasn't been seen before in another, most likely more interesting, anime. There is a small amount of interest gained by blending giant robots with the sort of character and background designs you'd see in a fantasy adventure, but it's really not enough to convince the viewer that what they're watching is worth their while.

Then there's the story itself, which again feels like a generic hodge-podge cribbed from other writers' works. On a superficial level it might seem there's an original idea in Rygart's inability to manipulate quartz leading him to becoming the sole pilot of a rediscovered ancient golem. Then if you take 10 seconds to think about it, it's simply an inversion of the standard 'chosen one' trope that populates most anime and manga. None of the characters leap out as particularly interesting or original, either, and certainly I didn't finish the episode remembering anybody's names. Oh, but those place names. Krishna, Athens, golems, quartz... it's like the original writer (manga-ka Yunosuke Yoshinaga) sat with an English dictionary open while creating his world and just threw in names and words from a hat.

In the end, "The Time of Awakening" is pretty to look at, but lacks any proper substance underneath. It's been given the benefit of 25 more minutes than a standard anime episode, yet somehow manages to crawl its way through the same amount of plot. I'll certainly give the second episode a look, but it's going to have to improve significantly before it's worth the time of anyone beyond the mecha die-hards.
Posted by Grant at 9:17 PM