The Angriest: August 2016 in review 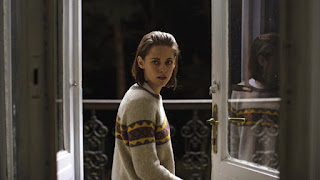 Thanks to the Melbourne International Film Festival, I got to see a whole pile of new and recent feature films in August, and my review of Olivier Assayas' Personal Shopper was the most-read post for the month. This surprised me; not because Personal Shopper is not worth reading about (it is outstanding) but because generally speaking reviews of foreign and arthouse films have never been that popular on this blog. Not as popular as reviews of comic books or old TV episodes at any rate.

Speaking of old TV, August saw me conclude my reviews for Crusade and Penance, as well as the first series of Colditz - I will get to the second season sooner or later. Beyond Personal Shopper, the most popular posts last month included reviews of Star Trek IV: The Voyage Home, Beware the Slenderman, and the excellent zombie thriller Train to Busan.

Altogether last month The Angriest featured reviews of seven 2016 films, 17 older films, 22 TV episodes, and 44 comic books, as well as one opinion piece about Doctor Who. The full list of August posts is included below the cut.