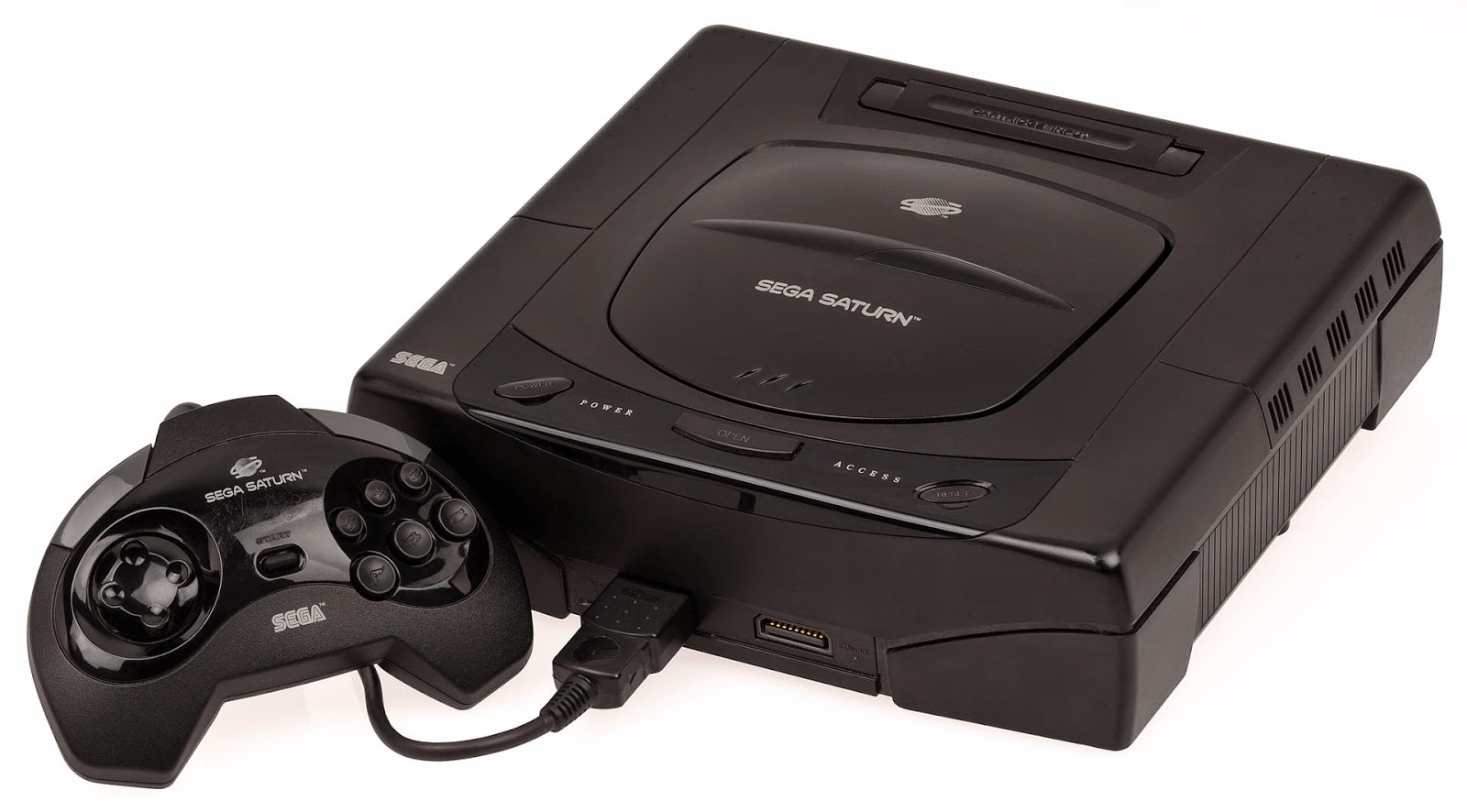 Last week the Sega Saturn videogame console turned 20. The anniversary came and went without too much fanfare, and certainly the majority of videogaming websites seemed to fail to notice. That's not too great a surprise: I forgot the anniversary myself. I had dedicated a 20-post countdown of my favourite PlayStation games and neglected Sega's black plastic beast entirely.

Truth be told, it was hard being a Saturn owner in Australia. The most popular games were easy enough to find and purchase at the time, but the more obscure titles proved maddeningly difficult to track down. On top of that the console's best regarded titles were released at a point when the market had all-but abandoned the platform entirely. Attempts to track down Dragon Force or Panzer Dragoon Saga at the time proved fruitless, and while an after-market exists for these titles you can expect to pay as much as $800 for an English language copy of either title today.

The Saturn was pretty much doomed to failure when it was released. It was an impressive piece of hardware, and remains pretty much the best platform for 2D fighting games and platformers. Unfortunately it came out at a time when audiences demanded 3D games as presented on the PlayStation. Sega had also burned a lot of goodwill with its own supporters, releasing the Saturn in November 1994 after the poorly supported Mega-CD in 1991 and simultaneously with the 32X Megadrive add-on.

By the time the Saturn was discontinued in 2000 it had shifted 9.5 million units. Nintendo's competitor for that generation of hardware, the Nintendo 64, managed to shift 33 million. Sony's PlayStation shifted 102.5 million. Relegated to third place Sega attempted to regain position with their Dreamcast console, but the reputational damage had been done. Despite coming to market first and boasting a better line-up of software than the PlayStation 2 ever managed, the Dreamcast also failed.

I did consider trying to put together some kind of "Saturn20" countdown of games, but to be honest I don't feel like I have played enough of the console's best regarded titles to do that sort of list justice. I've never played Panzer Dragoon Saga, Dragon Force or Burning Rangers, for example. I wanted to celebrate something though, so let's have a look at eight games that I have played, and did enjoy a hell of a lot. I'm not going to play favourites, so let's look at them in alphabetical order.

Bomberman
Bomberman wasn't exclusively a Saturn title - far from it, you could (and still can) play one form or another of this game on any games console you can name. The Saturn boasted the best version, however, since with the use of the Multitap peripheral 10 players could play the game at the same time. Bomberman always excelled as a multi-player game, but with 10 players it turned the game from a challenge into a mad, frantic scramble. I'm not sure there's a more enjoyable party game I've ever seen on a console.

Clockwork Knight 2
One of the weirder factors in the Saturn's demise was its lack of a core Sonic the Hedgehog game. The Megadrive had pretty much relied on the franchise, and yet when the Saturn arrived Sonic failed to properly show. A few half-hearted spin-offs turned up, but gamers eagerly awaiting Sonic the Hedgehog 4 were bitterly disappointed. Of the platform franchises that did turn up, my favourite was the Clockwork Knight series which combined 2D platforming with some rudimentary 3D effects. Unambitious overall, but but very playable and lots of fun. The second game of the two was the better iteration.

Cyber Troopers: Virtual On
While the Saturn was widely seen as a 2D console, it still managed to produce an awful lot of very enjoyable 3D titles. Virtual On was a great arcade port, enabling the player to engage in giant robot fights. I've always loved the slightly peculiar designs in this game, such as the robot in camouflage pants seen in the cover above. This title was distinctive for being one of the first console titles on any platform to incorporate multi-player gaming over the Internet.

Daytona USA
Another arcade port, which really was one of Sega's strengths. They were such a strong player in arcades in the 1990s that they generated their own regular supply of playable, visually distinctive and immensely enjoyable action games. Daytona USA was one of the best, as was Sega Rally. Both franchises continued into the future, producing slicker and more playable versions, but as is often the case it's the choppy originals that I remember most fondly.

Nights into Dreams
While the Saturn failed to get a proper Sonic game, Sonic's creator certainly didn't slack off. Yuji Naka created the ground-breaking Nights into Dreams, a strange floating blend of 2D side-scroller and 3D platformer. It came with its own analogue controller, about the same time Nintendo released a similar device for the Nintendo 64. It's a stunning game, albeit a rather odd one, but it's also a game you don't forget in a hurry.

Panzer Dragoon Zwei
I said I wasn't going to play favourites, but okay - this is my favourite. This on-rails shooter boasts vastly improved gameplay to the original Panzer Dragoon and absolutely beautiful sound and visual design. The original design work was by French artist Jean "Moebius" Giraud, and his aesthetic is all over this game. This remains one of my favourite "zone out and play" games. When I want to relax, I still pull out my Saturn, plug in this game and go flying on the back of a dragon. 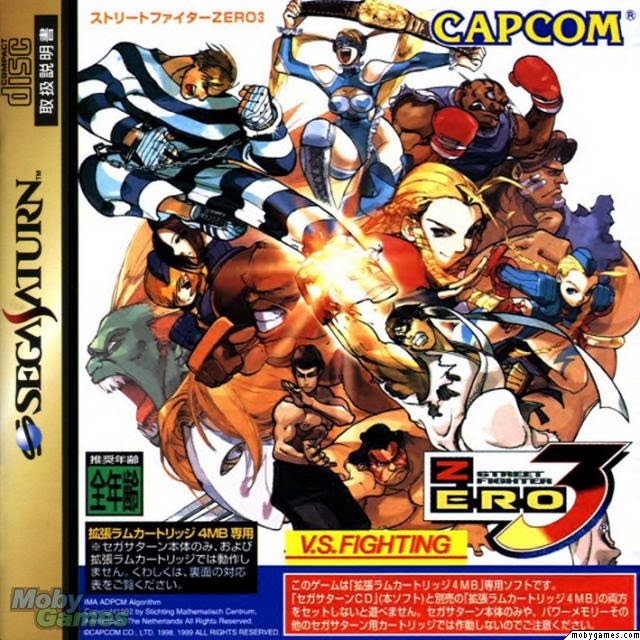 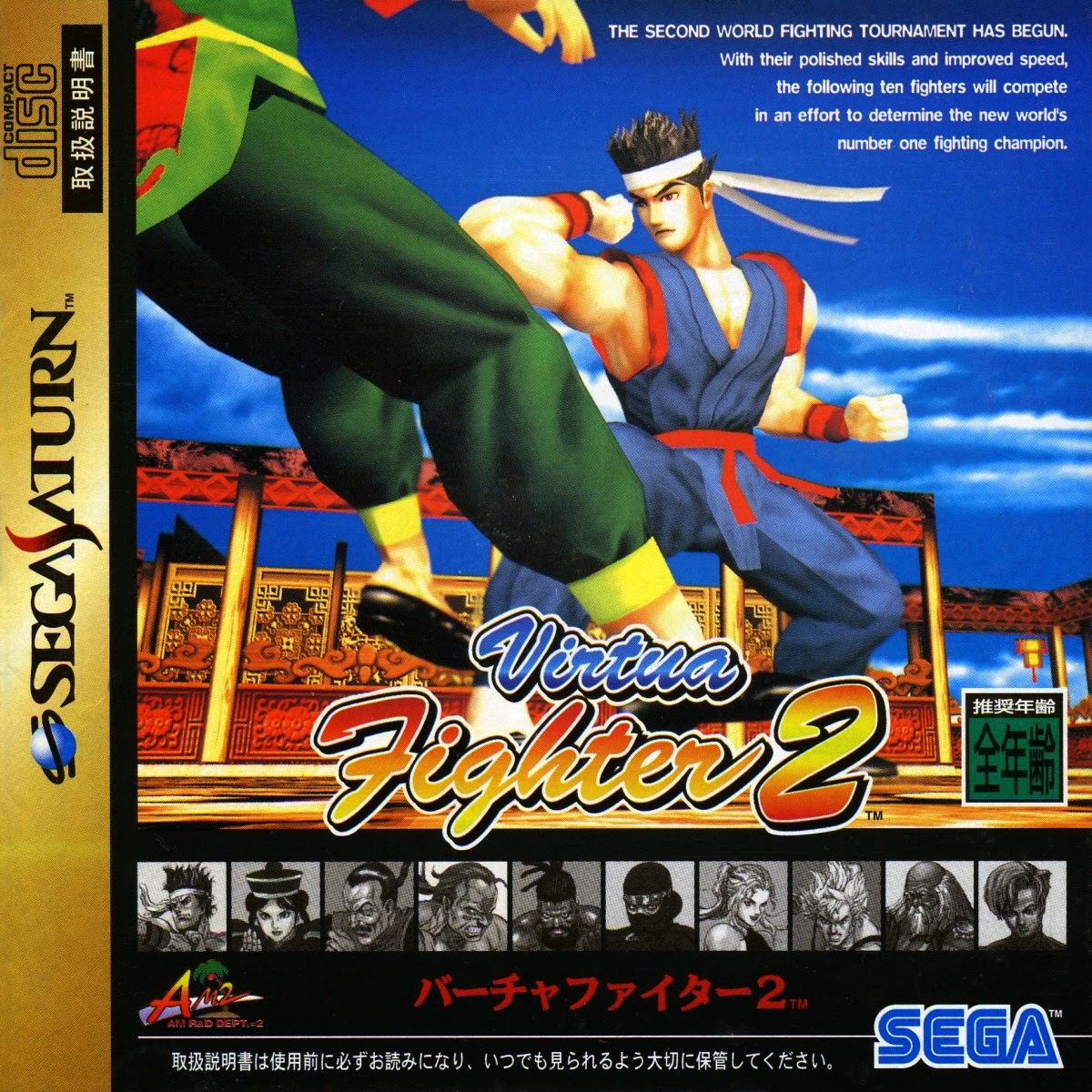 Street Fighter Alpha 3
If there was a single genre that the Saturn had in spades, it was the 2D fighter. They were all pretty similar, with slick-looking sprites and colourful designs, and complicated button-pressing schemes that I never quite got the hang of. If I was to pick a favourite of this well-stocked, much-loved genre, it would be Street Fighter Alpha 3, the second sequel to the prequel to a sequel. Good design, immensely playable, ruthlessly fair: just like a fighting game should be.

Virtua Fighter 2
If SFA3 was the best 2D fighter, then Virtua Fighter 2 was the best 3D fighter. Originally an arcade game, it benefited from an exceptionally accurate and graphically impressive port. Obviously if you go back to the game today it looks charmingly naive and primitive, but importantly the gameplay still holds up. Like other good fighting games, it had a good variety of characters and it felt fair to play and difficult to master.
Posted by Grant at 5:05 PM