Doctor Who: "The Temple of Evil" 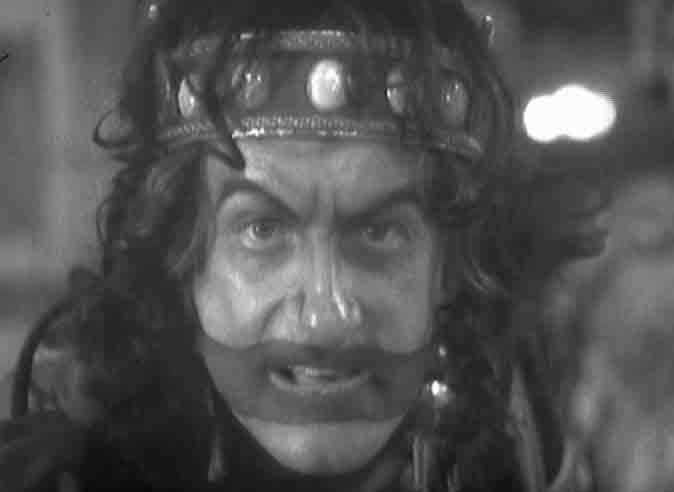 It's 23 May 1964 and time for Doctor Who - and not just any Doctor Who. I'm going to go on the record from the get-go and admit that this is one of my favourite serials ever. Last year, when I ran through a count-down of my favourite Doctor Who stories for the 50th anniversary, I ranked "The Aztecs" fourth. It's honestly that good.

The TARDIS materialises inside an Aztec tomb. When Susan discovers a secret door - and Barbara walks through it - Barbara is discovered by the high priest Autloc (Keith Pyott). He assumes she is the reincarnated spirit of the dead priest Yetaxa, having ascended to godhood. When the secret door seals shut, trapping the Doctor and his companions outside, the Doctor orders Barbara to continue her ruse of being a god while he and Ian investigate how to get back into the tomb and reach the TARDIS. Barbara, however, has plans of her own.

John Lucarotti returns to write his second serial for Doctor Who. His first, "Marco Polo", was the best of the first five serials, and "The Aztecs" exceeds it in pretty much every respect. This is a well-written and unexpectedly mature drama. It boasts strong direction, fantastic design work and an immensely strong cast of actors.

This episode in particular presents some brilliant material for Jacqueline Hill and William Hartnell. For Barbara (Hill), her position as the new spiritual leader of the Aztecs is an opportunity to turn their civilization away from human sacrifice and possibly give them the tools with which to survive the impending arrival of the Spanish. For the Doctor (Hartnell), that is a horrifying proposition - and he does his best to urge Barbara not to attempt messing around with history. 'You cannot rewrite history, not one line!' is the famous line of dialogue from this serial, but to me the more resonant is the Doctor's next line: 'Barbara, what you are trying to do is utterly impossible. I know. Believe me. I know!' Particularly given the way Hartnell delivers the line, it isn't the warning of a Time Lord harping on about "the laws of time" that we'll get in subsequent decades. This is the pleading of an old man who's already made the same mistake.

Barbara's attempts to stop a human sacrifice notably end in failure. The sacrifice, shamed by his failure to die, runs to the edge of the temple and - on the sacrificial priest Tlotoxl's urging - leaps to his death. It's a very dark lesson for Barbara: it's all well and good to want to change a civilization, but you can't change anything if that civilization doesn't want to be changed.

By the episode's end a series of conflicts have been smoothly established: Barbara versus Tlotoxl and by extension Tlotoxl versus Autloc, Ian versus the ambitious Aztec warrior Ixta, and the Doctor versus Barbara. It's a marvellous set-up for Lucarotti to exploit in future episodes.

The episode is also a masterpiece of early 1960s TV design. The sets and backdrops are cheaply made but wonderfully effective. The costumes are for the most part great too, although artistic license has been used to clothe the characters a little more modestly than the real-life Aztecs. There are also a few misunderstandings of precisely what Aztec priests wore: those little feathered wrist decorations should almost certainly be the hands of flayed human skins. The same caveat I applied to "Marco Polo" also appears here: clearly the cast are all white and not played by central Americans or actors of any kind of non-white ethnicity. It's a product of its time: we need to watch these sorts of historical productions in the context of their time.