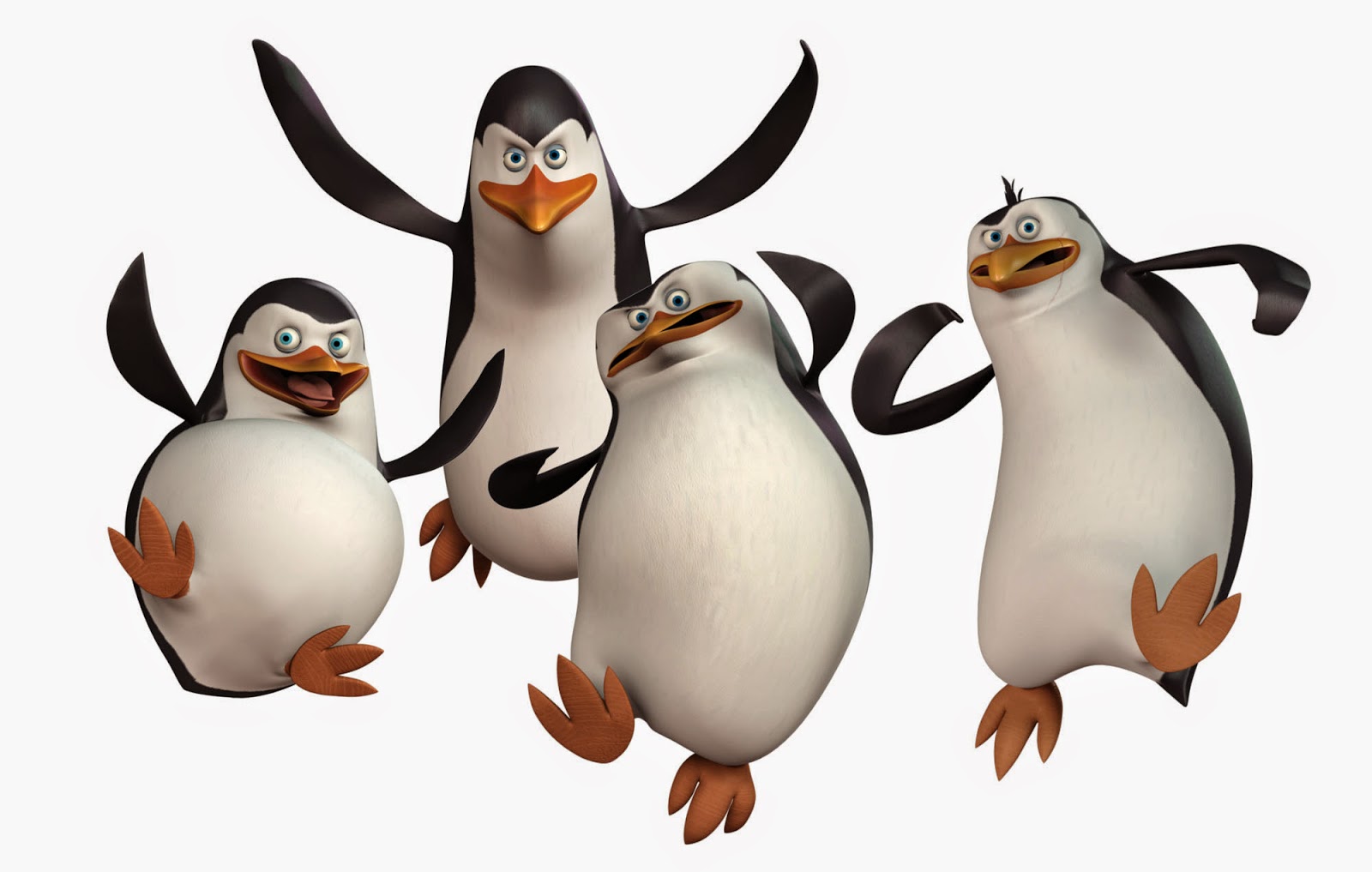 The entertainment news story that grabbed my attention today was the announcement by DreamWorks Animation that their high-profile Madagascar spin-off, The Penguins of Madagascar, is having its release date brought forward from 27 March 2015 (in the USA, at any rate) to 26 November 2014. That's what the polite call 'bold' and the honest call 'desperate'.

The truth is that DWA are in a spot of trouble at the moment. Their last four animated films have under-performed, particularly this year's damp Peabody and Mr Sherman, and shifting Penguins is a clear attempt to shore up some box office before the year ends and save a few people their jobs. Home, an original animated film about aliens hiding among humans, is swapping places and now bows in the March slot.

Animated films take a long time to make, and their production schedules are traditionally pretty meticulate. For DWA to chop four months off the schedule for Penguins is a really big deal. To complete the film they will almost certainly have to work on a truncated production schedule, and that means hiring more people and getting them to work insanely hard very quickly.

Now the last Madagascar film cost about $145m to produce, so you can assume given the rate of inflation over the past two years that Penguins will cost at least $150m. This latest move by DWA could easily add another $30m to that total. Add in another $80m or so for promotion and advertising and you're looking at a total cost of $260m. General rule of thumb for Hollywood accounting is to earn back double the cost of the film, plus in DWA's case there is a distribution arrangement with 20th Century Fox to take into account (from memory it's about 8 per cent of the gross). All up, I'd estimate that DWA need Penguins to earn at least $390m worldwide to break even - as opposed to $325m if they'd stuck with the March release.

Now how hard is it going to be to break even? Madagascar 3 grossed $746m, but it opened in June - the middle of the US summer - and unlike Penguins it didn't have a TV cartoon milking the same concept. Kids can already see The Penguins of Madagascar at home in 22-minute instalments. The question is: how many want to see it on the big screen as well? How many parents are going to put money down it in favour of something else?

Penguins will now open a week after The Hunger Games: Mockingjay, and on the same weekend as Universal Studio's live-action/CGI hybrid film Paddington. To be honest I think it's biggest threat will be Walt Disney Pictures' Big Hero Six, which opens three weeks earlier but is riding on the reputation of Tangled, Wreck-It Ralph and Frozen and is a Marvel Comics adaptation to boot.

Rise of the Guardians was a widely advertised DWA picture that opened in November 2012: it grossed $306m, lost the studio more than $80m and led to 350 staff getting laid off. Not a good precedent, and I suspect Penguins is going to earn closer to Guardians money than Madagascar. It will almost certainly break even, but I think it's going to earn less money than if DWA had held their nerve and released in next March. This is the equivalent of poking your finger into the hole in the dyke: you've stopped the flood for now, but another hole's only months away from popping up. It's an interesting and risky time to be Jeffrey Katzenberg right now.
Posted by Grant at 4:54 PM