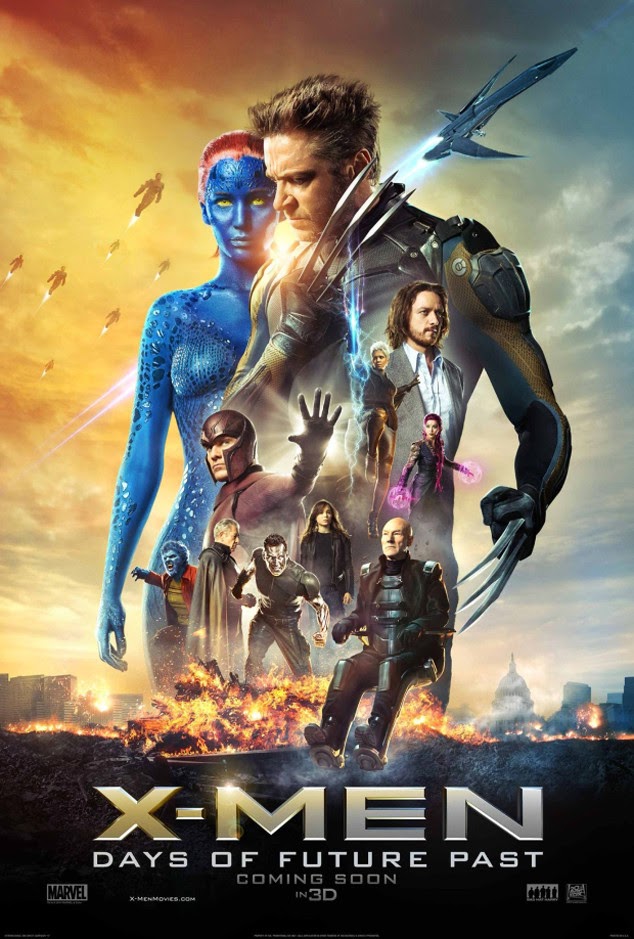 Yesterday I wrote about the extraordinary risk that DreamWorks Animation seemed to be taking by swapping their animated films around in the schedule. Today I wanted to look at a movie opening right now around the world: 20th Century Fox's big-budget superhero sequel X-Men: Days of Future Past. It's a high profile release, widely hyped and pretty much the biggest movie Fox are releasing in 2014. It's also an enormous financial risk. Here's why.

Studio estimates put Days of Future Past's production budget at $225m, and since then there have been additional reshoots and overruns, so let's be relatively charitable at round things up to the nearest $50: that's an estimated budget of $250m. Add to it at least $100m in promotion and advertising (P&A), and you're looking at $350m. So as the rule of thumb goes: the studio will be satisfied if the film grosses double it's cost. This means Fox are looking for a $700m payday for their film. Fair enough, you might think. Superhero movies are huge. Why last year Iron Man 3 earned more than one billion dollars. 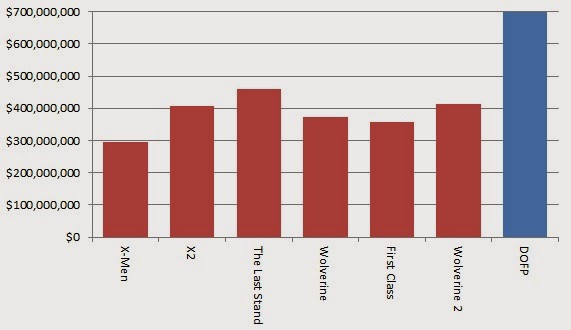 Let's take a look at the worldwide grosses of the X-Men franchise. There have been six films in the franchise so far; Days of Future Past will be the seventh. I've put their total grosses into a chart, and added in what the latest instalment needs to earn at the end. It reveals a pretty stunning gamble on Fox's part: basically DOFP needs to earn more than 50% above what the highest-grossing X-Men film to date earned. Whatever their decision-making process, you have to admire Fox's confidence. They've even announced an eighth film, X-Men Apocalypse, that's in development as we speak. 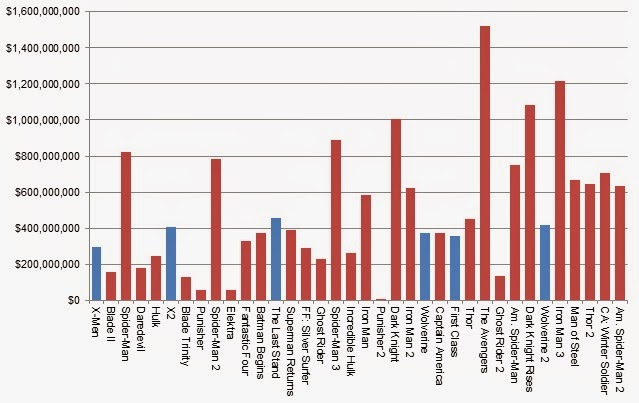 Now let's do a second chart, only this time I'm going to throw in all of the Marvel and DC movies since 2000 in among the X-Men films. I've marked the X-Men films out in blue so they're easier to see, but if you click on the chart you should be able to see a larger version. Take out the comparatively low-budget Ghost Rider: Spirit of Vengeance, and The Wolverine (the most recent X-Men film and the second-highest grossing of the franchise) is the lowest-grossing superhero movie since... actually, since X-Men: First Class - which sort of proves the point I was planning to make. The X-Men are, quite simply, not a top tier franchise. Fox pushes a lot of P&A behind each release, and they certainly entertain millions of cinemagoers every time, but they're not in the same league as Warner Bros' Batman, Sony's Spider-Man or Disney's Marvel movies. 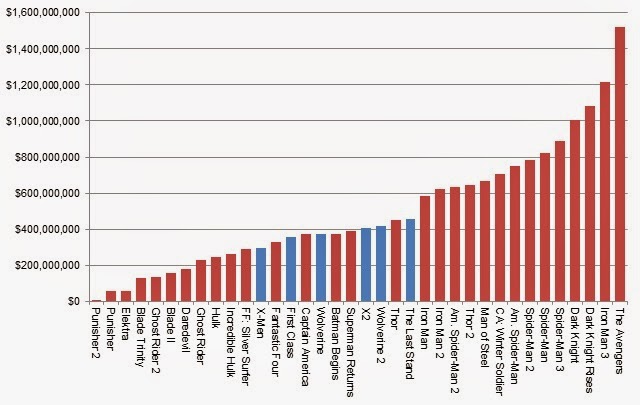 I'm going to try your patience with just two more charts. This first one takes those same post-2000 superhero movies and arranges them all by gross earnings. Once again, the X-Men movies are marked out in blue. I honestly believe that there is a maximum audience for the X-Men as a franchise, and Fox has already hit that ceiling with The Last Stand and The Wolverine. Throwing more money into production budgets and P&A may excite the existing audience, but it's unlikely to significantly grow it - and remember that for DOFP to be a hit they need to grow it by 50%. 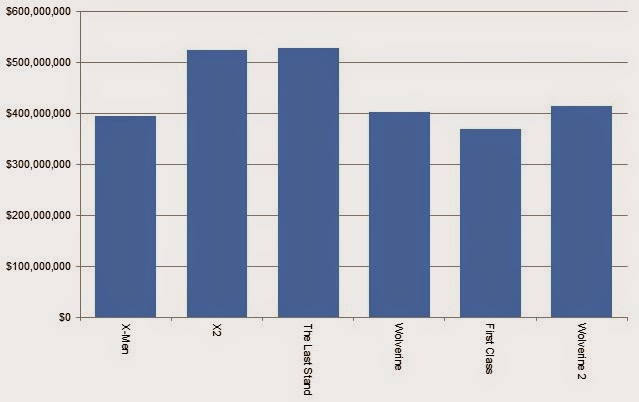 Finally, I just wanted to take the box office of those six existing X-Men movies and adjust it for inflation (for the record I used this simple online calculator here). This is the real kicker for Fox: other than X2 and The Last Stand, which both earned about $500m in 2013 dollars, it's been almost impossible for the franchise to get past $400m - and DOFP needs to hit $700m. It's a courageous move for the company, but only in the sense that Jim Hacker in Yes, Minister used to get warned that his policy ideas were "courageous". Or even "brave".

Now I could pop back in six months and admit that I massively underestimated DOFP's appeal, and that I was completely wrong about all of this box office analysis. Right now, however, and despite The Hollywood Reporter predicting an opening weekend in the region of $100m (The Wolverine opened to $53m), I suspect a few accountants somewhere in Hollywood are freaking out about now. I don't think Fox is going to abandon the franchise by any means, but I would expect to see the budgets falling pretty sharply from here-on-in.
Posted by Grant at 6:41 AM