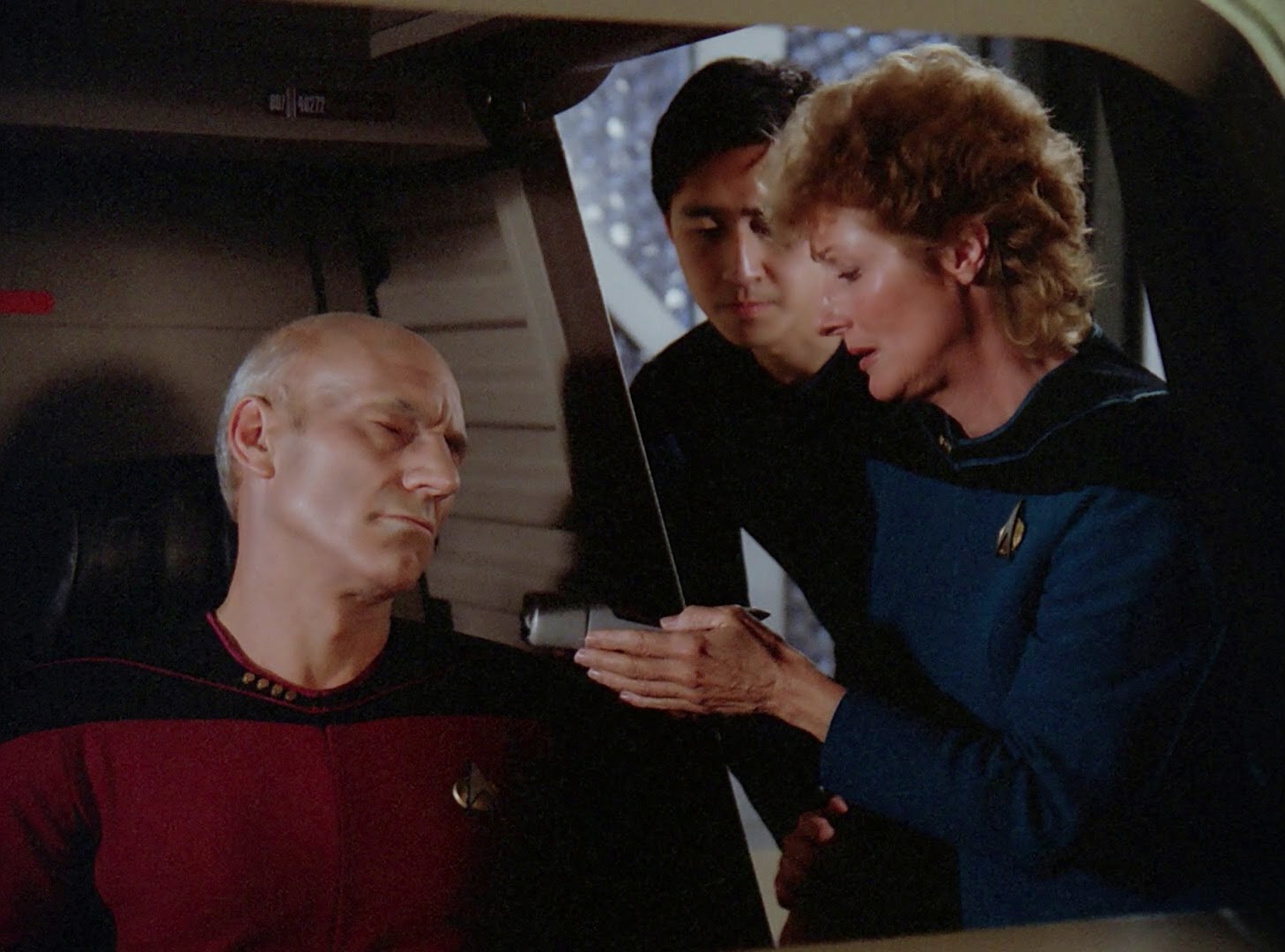 The Enterprise finds a Starfleet shuttle drifting in space. It turns out to be the Enterprise's shuttle, even though said shuttle in still in its launch bay. Inside they find Captain Picard in a coma, even though Captain Picard is still on the bridge. When La Forge and Data work out that the shuttle is from six hours into Enterprise's future, it gives the crew a very short deadline to prevent whatever destroys the ship in the future from destroying it again - or the first time - in the present - or is that the future?

"Time Squared" is a nonsensical time travel puzzle. It's an episode that demonstrably makes no sense. This would be fine, except it's constructed as a bit of a mystery. The viewer is invited to speculate on what will happen, and how the Enterprise will change the course of history. By the time the climax is finished, the same viewer will be none the wiser over what actually happened or how the Enterprise escaped. To quote Douglas Adam's immortal creation Zaphod Beeblebrox, this episode gets 'ten out of ten for style, minus several million for good thinking'.

Part of the problem is that when the episode was written it was the first part of a two-part story bringing back John de Lancie as Q. By the time it aired it was a self-contained episode with Q's involvement excised but not actually papered over. There's a glaring Q-shaped hole in the middle of the episode into which all of our suspension of disbelief and engagement can pour through, leaving a hollow false mystery behind.

The cast do a good job: they've defined gelled together now, and the series continues to present a more appealing vibe throughout. It's a pity they weren't given stronger material. I do like the six hour time jump: time travel stories usually involve travelling centuries into the past, so it's nice to see one that sticks within the one day. If it doesn't actually hold together, however, it's just 40 minutes of ominous nonsense and some credits.

There have been six good episodes in Season 2 out of 13. That makes for a quality ratio of 46%. That's 10% better than Season 1, but only 1 percentage point ahead of Babylon 5 Season 1. This may be a ridiculous and simplistic way to judge the merits of a TV season, but the funny thing is it appears to be working.
Posted by Grant at 9:14 AM