Bodacious Space Pirates: "The Peace Does Not Last" 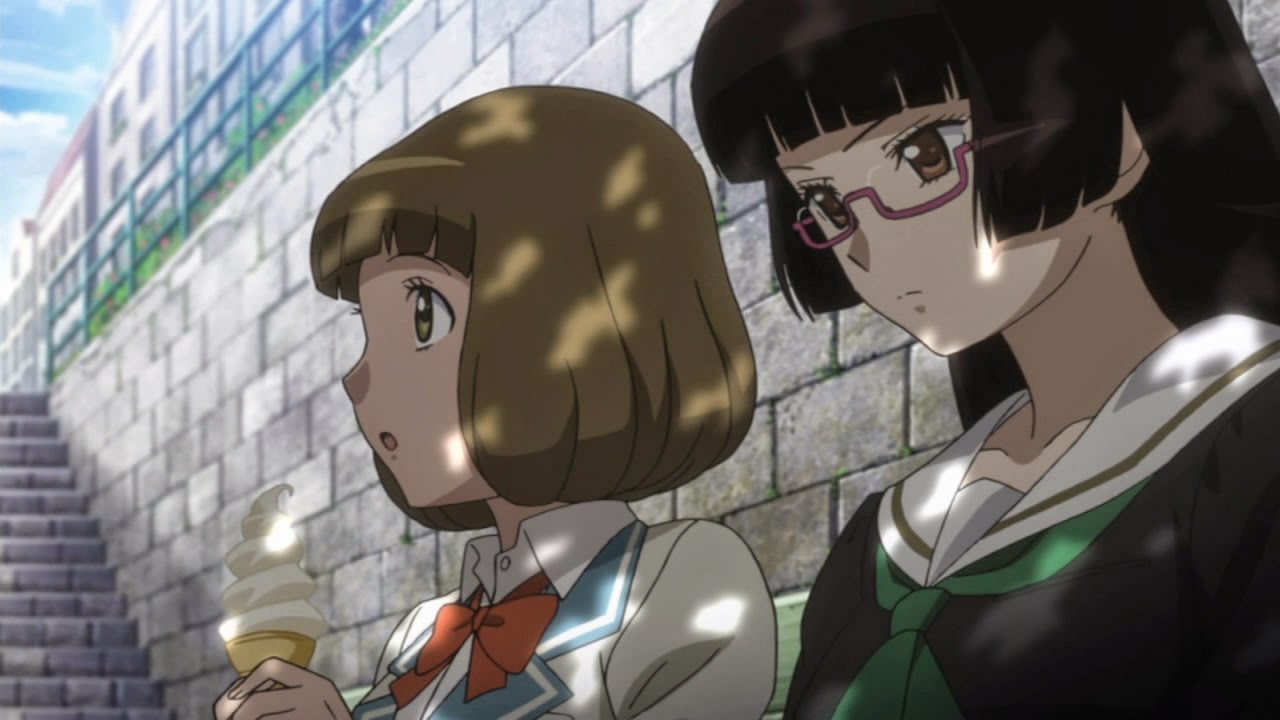 Now that she's a professional space pirate, Marika is finding it difficult balancing her time spent commanding the Bentenmaru with her high school studies. Like a classic overachiever, however, she insists on continuing to dedicate herself to both.

Now that we're seven episodes into the series I am beginning to appreciate what they're doing here a little more. I do think they spent too long getting Marika onto the bridge of the Bentenmaru, but we're now talking about whether it should have taken three episodes or five - not the biggest jump, and I'm happy to meet the series in the middle. One benefit of the slow set-up is that the series can jump around pretty effortlessly, so an early scene of Mami gushing to Chiaki about how wonderful she thinks Marika is doesn't feel out of place or a waste of time. The cast is still worryingly huge of course, but I do feel like I'm slowly getting to know each character - even if I'm still referring to Wikipedia to remember their names.

Plot-wise this does feel a bit like one of those episodes that acts as a bridge between two other more interesting instalments. It's by no means a bad episode - it was very enjoyable - but it didn't impress me as much as episode 6 and by the teaser at the end it looks like it's not as intriguing as episode 8.

One of my favourite details of this series is how piracy is such a regulated activity, where pirates can only ambush their targets once they've corrected filed the proper paperwork with the relevant government agency. They don't spend a lot of time on this - not yet, at any rate - but they do focus on it just enough to make it hilarious. There are a lot of great moments of humour in this series, and they're often gently shoved in around the edges: watch for the ridiculous number of warning signals that pop up over Marika's cockpit when she gets attacked in the episode's opening scene.

I may be going slowly with this series, but I'm enjoying it immensely. There have been five episodes so far that I'd rank as good or better, and that gives the series a quality ratio of 71%. It's definitely worth your time.
Posted by Grant at 9:12 AM