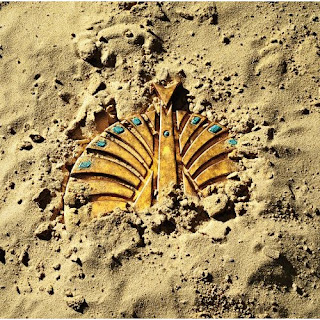 Tokyo Jihen (also known as Tokyo Incidents) were a four-piece jazz-rock band formed in 2004 by singer/songwriter Ringo Sheena. They disbanded back in 2012, but leave behind a great set of albums. The band fused together multiple musical genres - while they ultimately worked as a pop group, they blended in elements of jazz, funk and rock to give themselves a particularly distinctive and artful sound.

Great Discovery (Dai Hakken) was Tokyo Jihen's fifth and final studio album, released in June 2011. It captures the band at what is arguably their most commercial, pulling back a little on their more avant garde sounds in favour of a set of broadly populist tunes. The strategy clearly worked in Japan, with Great Discovery peaking at #1 on the Oricon Weekly Albums Chart and finishing 2011 as the 48th highest-selling album of the year. It is a great pop album, presenting immensely enjoyable tunes with an idiosyncratic edge. The standard is high enough that, when played beginning to end, even the occasional weaker track is supported by stronger works at either end.

The album opens with "Where's Heaven for the Disc". It is a jazzy sort of a song, gifted with unexpected and slightly unusual sound elements. It has a very rich textural sound. From there the album jumps to "Relative versus Absolute", which sounds like the opening titles to an early 1970s TV show. It has elements of rock, pop, and funk. Things become a lot more conventional with "Brand New Civilization", which is a much more conventional sort of pop song. It's energetic, quirky and has a lightness of touch. While it may lack the avant-garde edge of the first two songs, it is simply a great pop song.

This jumping back and forth of style and tone continues. "City Without Electricity" slows down to a gentle ballad, one dedicated to victims of the 2011 earthquake and tsunami. While it's competent it's not particularly interesting. "Regardez Moi" is a weird blend of stripped-down electric guitars and a stop-start rhythm. Ringo Sheena's vocals feel oddly weak here as well, as if she did not quite take the song seriously enough to sing properly. It's an uncharacteristically weak song. Just when it feels as if things are weakening slightly "Jeux Interdits" kicks off in striking fashion. It is packed with distortion and creepy sound and vocal effects, as well as a kicker of a pop chorus. It is in many respects a traditional J-pop track, albeit one produced very much on Tokyo Jihen's terms.

From here the album continues in a hugely enjoyable fashion, albeit without so many of the highlights found in the first half. "Dopa-Mint! BPM103" is cute but ordinary. "Les Adultes Terribles" is a light but enjoyable funk track. "Go with the Wind" has an effective change of tempo and tone, one that swings back and forth from verse to chorus that stops it from getting too dull.

"Fly Me to Heaven" is a completely unexpected shift to a 1940s swing number, performed without irony save for perhaps a little self-awareness. It's an absolute delight. The album ends in a wonderfully climactic fashion with "Where's Heaven for the Tube".

Tokyo Jihen are a wonderfully distinctive Japanese pop group and well-deserving of their critical success at home. It is a shame that language and distribution barriers prevented them from finding any sort of sizeable audience abroad.