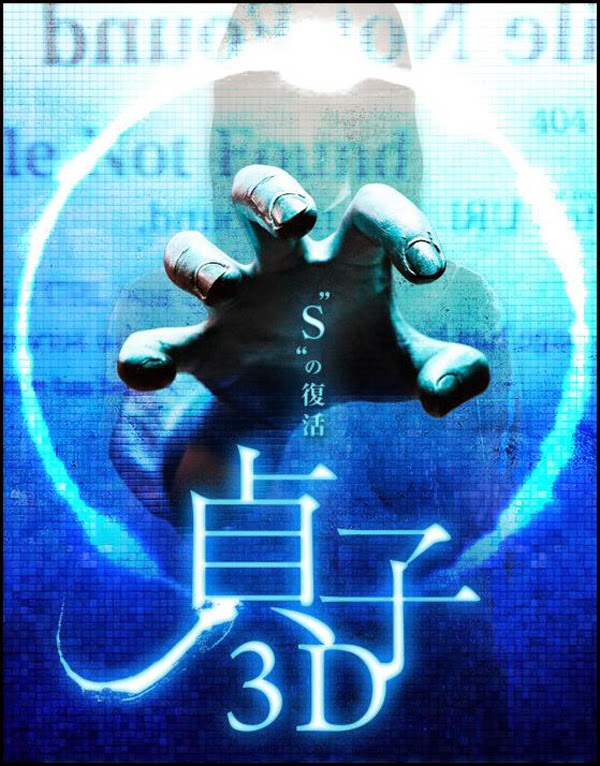 I'm going to try and make this as clear as possible: in 1991 author Koji Suzuki wrote a horror novel titled Ring. It was a huge commercial hit in Japan, and was translated first into a television series and subsequently as a 1998 feature film directed by Hideo Nakata. Suzuki also wrote a sequel novel, Spiral, and Toho Studios actually produced an adaptation of that novel simultaneously with Ring. While the film of Ring was a huge success - it's still the most successful Japanese horror movie ever made - the film of Spiral was not well received, and Toho ultimately produced an entirely unrelated Ring 2 as well as a prequel Ring 0 based on the Suzuki short story "Birthday".

Now that's where the Japanese Ring franchise ended, although Suzuki continued to write novels. The third Ring novel was Loop, and the fourth (published in 2012) was S. In the same year Kadokawa Shoten adapted this fourth novel into an all-new feature film: Sadako, directed by Tsutomu Hanabusa. I say all of this because it's important to realise that Sadako (released in cinemas as Sadako 3D) is not Ring 3, since it doesn't follow on from Ring 2. Instead it follows on from the novel of Spiral, whose own film adaptation was ignored by the makers of the original Toho movie franchise. The Ring saga is a complicated set of films of which to be a fan; and I haven't even mentioned the American and Korean adaptations.

The events of Sadako are sparked by the appearance of a new viral video on the Internet, produced by the artist Kashiwada Seiji. In the video Seiji appears to be murdered by a mysterious white-skinned woman with long black hair. Watching the video provokes the viewer to commit suicide. A school teacher named Akane (Satomi Ishihara) investigates the video with her boyfriend Takanori (Koji Seto), only to discover that the ghost inside the Internet (an evolved Sakado from the original Ring) is actively hunting her down due to her secret telekinetic powers.

Now I adore Ring - both the novel and the various film adaptations - and as a fan it's disappointing to say that Sadako is an incomprehensible mess. It lacks the razor-sharp clarity of Nakata's original film, in which something horrifying and inexplicable punctured a very matter-of-fact and banal world. By contrast Sadako is all busywork: characters shriek in terror and run about, the narrative rapidly becomes needlessly complicated, and the constant attempts at over-the-top visual scares vastly exceed the limitations of the film's presumably modest budget.

The film's most egregious misstep is its desperate reliance on 3D imagery. There's not a single scene that goes by without Sadako clutching frantically towards the camera, or a swarm of insects buzzing away in the viewer's direction. It is the worst kind of 3D cinema: the film that uses the visual technology as a crutch, rather than as an organic presentation of a more immersive environment. I remain quite aggressively anti-3D, but even while disliking the technology in general I can recognise when it's been well done. James Cameron's Avatar, for example, was a textbook case of how to make 3D work in a film's favour. This film doesn't do itself any favours, and of course once converted back to two dimensions for a DVD release the constant leaping out at the screen becomes ridiculous in the extreme.

I do think there's great potential for more films based around the story and imagery of Ring, and I'm keen to see what Paramount Pictures does with their own new Ring sequel later this year. Sadako, however, is just a flat-out bad film. It's hard to recommend to a casual viewer, and to be honest it's even harder to recommend it to a fan of the pre-existing films. This one's just going to make those fans sad.
Posted by Grant at 11:15 AM