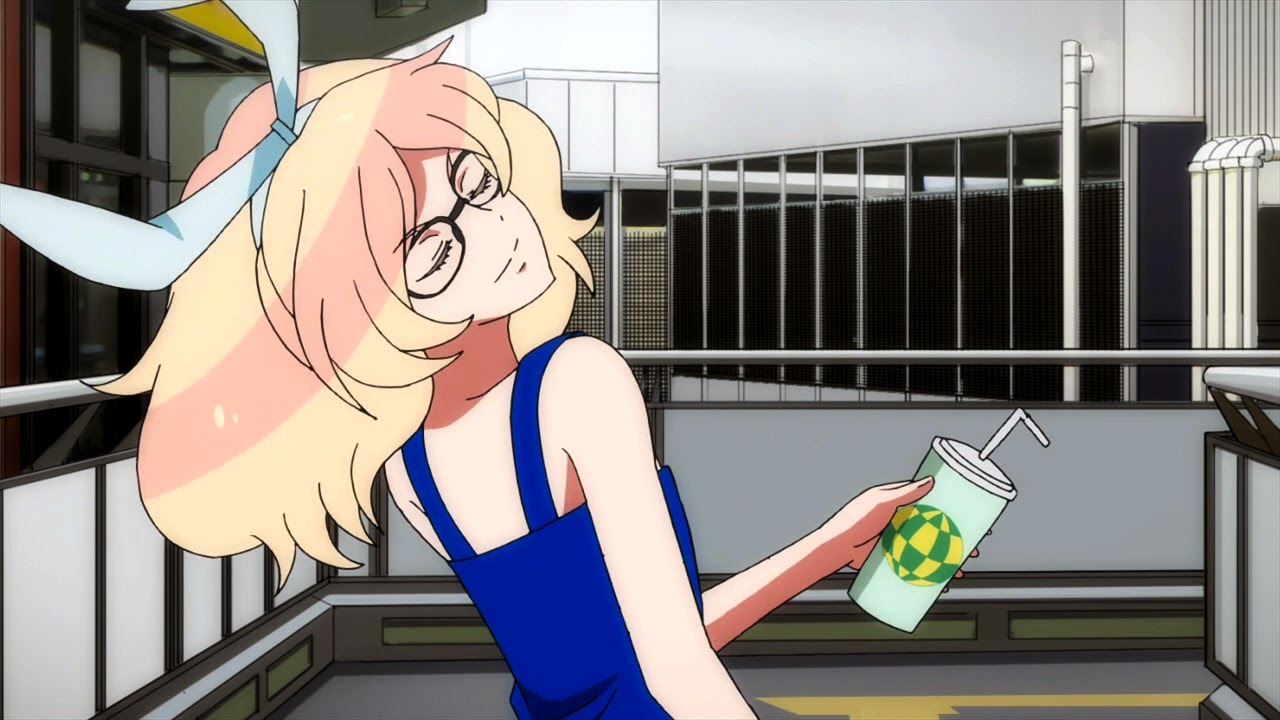 It's episode #8 of Gatchaman Crowds. Rui, still recovering from his injuries, is tormented by Katze - who manages to copy his identity and take control of the Galax network. Meanwhile Hajime forces the Gatchaman to announce their presence to the world, using a kindergarten as the venue.

Last episode was an earth-shaking action climax, so it's understandable that this episode is about the aftermath. While the bulk of the episode seems quite breezy and positive, with Hajime enthusiastically introducing the Gatchaman to the Japanese media, there's a very dark undercurrent running through it for many of the characters. This gives the episode some depth that takes it beyond being a passable episode to being an excellent one. When the episode begins Paiman is drinking himself into a stupor out of the shame of fleeing from last episode's battle. Joe seems to have given up on being a Gatchaman altogether. Then there's OD, making strange ominous comments every time no one can hear him.

OD is an interesting character: he's generally this happy, flirtatious, gender-fluid guy with green hair and lipstick, who mournfully admits he's unable to transform into a Gatchaman like his teammates. Whenever he's alone, however, we get to see a much more creepy and unsettling side to him. He's clearly a character who knows a lot more than he's letting on, and the manner in which the series keeps its cards close to its chest just makes him even more intriguing. One scene in particular stands out, where he deliberately suggests to fellow Gatchaman Sugune that Berg Katze might be just like the pre-schoolers surrounding them - an out-of-control child seeking love and attention. As soon as he suggests it, he insists Sugune forgets the idea, with all the air of a lady-doth-protesting-too-much.

Rui is clearly traumatised by his experience fighting Katze, who returns immediately to taunt him, threaten to kill a street full of civilians and then steal his control of the Galax network. By the episode's end Rui is confronted with a small girl whose father fell into a coma after joining in the earlier fight; it seems like things are only going to get more traumatic and upsetting now that Katze has taken control of Galax and its associated Crowds project.

The excellent level of quality that Gatchaman Crowds managed to hit a few episodes back is maintained through a combination of smart ideas, good humour and a wonderful menacing undercurrent. I'm loving this series more than ever. We're eight episodes in, seven have been great, and the quality ratio is all the way up to 88 per cent.
Posted by Grant at 9:46 AM